During His State Visit, Macron Plans to Plead With Biden on Electric Vehicle Subsidy Issue 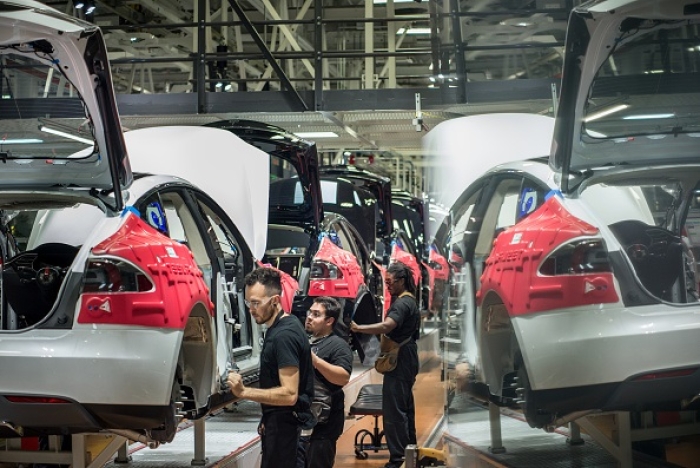 Paris (CNSNews.com) – French President Emmanuel Macron’s state visit to the United States this week gives him the opportunity to discuss with President Biden disagreements over economic matters, especially protectionist measures on electric cars, according to the Elysee Palace.

It says Macron plans to urge Biden to exempt European industries which the E.U. says are disadvantaged by the Inflation Reduction Act (IRA), which grants subsidies to U.S. products, especially in the electric automotive sector.

Signed by Biden in August, the IRA includes tax credits for electric cars made in North America and supports U.S. battery supply chains.

Macron and other E.U. leaders are unhappy that the initiative will favor, for example, American-made Teslas over German electric BMWs, and American steel for wind farm projects.

“We believe it is a discriminatory measure which disadvantages foreign builders compared to American builders,” E.U. spokesperson Miriam Garcia Ferrer said in August. “As a result, some in Europe are threatening to do the same by also favoring our own vehicles.”

“We must protect our industry and reserve aid for vehicles made in Europe,” Macron told France 2 TV last month.

The IRA offers a tax credit up to $7,500 for the purchase of an electric vehicle made in a North American factory, with a battery also locally made.

In contrast, France offers a tax credit of 7,000 euros ($7,240) for the acquisition of an electrical vehicle whatever its origin – the E.U., the U.S., or Asia, especially China.

Speaking to reporters on background, an advisor to Macron said this week, “It is not conceivable that the Congress, moreover with a House of Representatives with a Republican majority, could fundamentally revise the IRA.”

The advisor added that “we anticipate the U.S. administration agreeing exemptions for a number of European industries, perhaps on the model of what it already agrees to for Mexico or Canada.”

During the visit to the U.S. – the first state visit of the Biden administration – Macron will also discuss with Biden pressing international issues such as the Russian invasion of Ukraine and the Lebanese political crisis, according to the Elysee Palace.

“Beyond the protocol aspects, there is a strong ambition for partnership and resynchronization of the relationship between the United States and Europe, which has clear political objectives and needs to become stronger on the Ukraine crisis,” it said.

In the context of the war in Ukraine, “it is important to consolidate this relationship at a time when Russia is looking for allies in Europe,” Karim Emile Bitar,  research director at the Institute of International and Strategic Relations in Paris told the daily 20 Minutes at the weekend.

“Since Brexit, France played a key role within the European Union to maintain a position as aligned as possible with the United States,” he added, referring to Britain’s withdrawal from the E.U. in 2020.

National Security Council coordinator for strategic communications John Kirby told reporters at the White House in response to a question on Monday that the question of EV subsidies “will most likely come up” during Macron’s visit.

“We look forward to having that discussion with our French counterparts,” he said, recalling that the U.S. last month helped to establish a U.S.-E.U. taskforce on the IRA.

“It’s not a zero-sum game,” Kirby said. “I mean, clean energy, that’s a tide that raises all boats, the more we can transition to a clean energy economy around the world. And there’s plenty of opportunity for everybody in that.”

Kirby said Macron’s visit will begin with a trip on Wednesday to NASA headquarters with Vice President Kamala Harris, “to showcase our deepening collaboration on space, in support of Earth, climate, and space science and space exploration.”

Thursday’s schedule includes the Biden-Macron meeting, a State Department luncheon hosted by Harris and Secretary of State Antony Blinken, and a State Dinner at the White House.

“Throughout all of these events, you can expect to see on display both our long-shared history as allies, as well as our deep partnership in taking on the most urgent global challenges of today and tomorrow.”

According to Macron’s office, after the program in Washington he may visit New Orleans, Louisiana, which in 2018 became an observer member of the International Organization of La Francophonie, a grouping of France and French-speaking states and governments. Macron was unable to attend the event at the time.

A member of the president’s entourage said visiting Louisiana would be an opportunity for Macron to celebrate “the French spirit,” and “would make sense” in the light of his desire to restore France’s international influence.