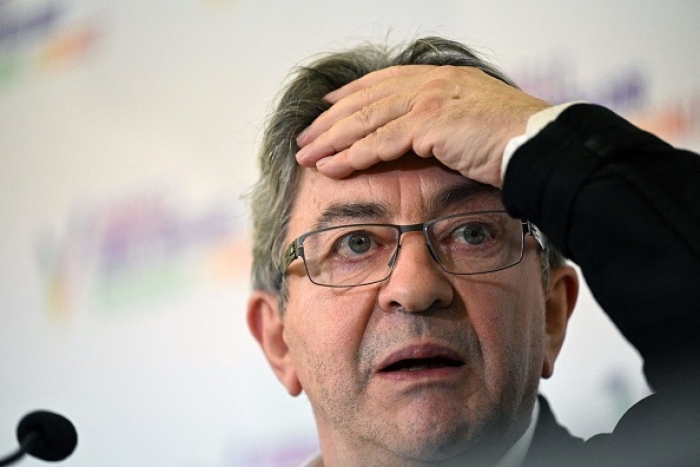 Paris (CNSNews.com) – U.S. House Speaker Nancy Pelosi’s visit to Taiwan has exposed rifts within France’s broad new left-wing coalition – and official opposition in parliament – prompting some to wonder if it might splinter.

Rebellious France leader Jean-Luc Mélenchon, a former presidential candidate, sparked a debate with a blog posting criticizing Pelosi’s trip to the island democracy, and asserting that “Taiwan is a fully-fledged component of China.”

“At a time when tensions in the world are very heightened, everything must be done to avoid the slightest provocation while there is only one China, which sits among the five permanent members of the U.N. Security Council,” he wrote.

The Chinese Embassy in Paris was quick to respond, tweeting its praise for Mélenchon’s “constant support for the one China policy.”

Fabien Roussel, leader of the Communist Party, then told the daily paper Libération that Pelosi’s trip to Taiwan was a “provocation.”

Roussel said Mélenchon’s earlier remarks had not surprised him.

“Diplomacy is precisely the art of balance and nuance,” he said. “So it’s no exaggeration to say that Nancy Pelosi’s visit to Taipei is anything but nuance and balance.”

Rebellious France and the Communist Party are members of a new left-green coalition, the New Ecological and Social Popular Union (NUPES), and Mélenchon is the alliance’s overall leader.

NUPES was formed ahead of legislative elections in June, where it won a collective 131 seats in the House, becoming the second-largest movement and depriving President Emmanuel Macron’s Ensemble coalition of its absolute majority.

Not all NUPES elements view the Taiwan situation in the same light, however.

Mélenchon’s blog post triggered a wave of criticism in the ranks of the Green and Socialist parties, both members of NUPES.

Greens’ national secretary Julien Bayou described Mélenchon's comments as “a rather dated vision and real cynicism in terms of geopolitics.”

Bayou recalled that Mélenchon last March spoke about “provocation when Ukraine was defending itself in the Donbass region against authoritarian Russia.”

“And now he speaks of  provocation of Taiwan when ... this country acts freely against China. A democratic country is necessarily a provocation for a dictatorship.”

If the timing of Pelosi’s visit to Taiwan was questionable, he tweeted, “the willingness of Taiwanese to live in a democracy is not.”

Mélenchon’s comments on Taiwan and China have revealed important differences of opinion within the ranks of the NUPES coalition.

Stéphane Le Foll, a Socialist and former agriculture minister, told Europe 1 radio it was evident from Mélenchon’s foreign policy divisions that there were “deep divergences” inside the coalition.

“For the Socialist Party, this raises a fundamental question: Can it remain in an agreement with NUPES when we see the differences showing up?”

Luc Rouban, research director at the Scientific Research National Center, wrote in a report in June that “NUPES’ overall support for a policy based on a non free-market economy but culturally strongly liberal cannot hide deep differences in international priorities, such as support for Ukraine and relations with Russia for instance.”

Beyond NUPES, Mélenchon’s stance also drew criticism from some majority members in the House, with Karl Olive, a lawmaker with Macron’s party, telling France Info television that Mélenchon “has again missed an opportunity to remain silent.”

Foreign Minister Catherine Colonna said France abides by its one-China policy, but that Pelosi’s “visit to Taiwanese soil should not serve as a pretext for China to take stronger measures which would increase tension.”

France under President Charles de Gaulle recognized the People’s Republic of China in Beijing in 1964, since when its relations with Taiwan have been unofficial.