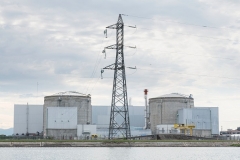 Paris (CNSNews.com) – An announcement by President Emmanuel Macron that France will build new nuclear reactors to become more energy independent and meet its carbon neutrality goals is angering green activists, who oppose nuclear energy despite it being a major source of low-carbon electricity.

In a televised speech, Macron said his plan will also help to keep energy prices down at a time when energy bills are skyrocketing in Europe.

“For the first time in decades, we are going to relaunch the construction of nuclear reactors in our country and continue to develop renewable energies,’ he said.

The aim will be “to guarantee France’s energy independence, to guarantee our country’s electricity supply and achieve our objectives – in particular, carbon neutrality in 2050.”

As most of France’s electricity comes from nuclear plants, he said, “these investments will allow us to reach our commitments when the COP26 [U.N. climate conference] in Glasgow finishes its work.”

The announcement marks a big shift for Macron, who in 2018 announced that France would close 14 nuclear reactors by 2035, reducing the nuclear component of national energy supplies from 75 percent to 50 percent.

Eric Schahl, a lawmaker with the center-right Union of Democrats and Independents Party, criticized the shift on Twitter, likening Macron’s about-face to the spinning of a wind turbine.

Marine Le Pen, presidential candidate in next year’s election for the far-right National Rally, said Macron’s claims were “highly questionable,” and charged that his remarks were merely a pretext to give a campaign speech.

Republican Party lawmaker Valérie Pécresse complained that Macron was trying “to steal all the ideas of the right.”

“Revival of nuclear power and construction of new reactors, while the nuclear industry has technical failures coming one after the other endlessly, is totally disconnected from reality,” Nicolas Nace of Greenpeace told media outlets.

Macron’s comments were a “denial of democracy,” he said, as decisions on such projects should not be the president’s alone to make.

Greens lawmaker Matthieu Orphelin said while Macron’s effort to revive nuclear power was “certainly predictable,” it was also “incredible, and almost illegal” since such a decision called for a national debate.

Green campaigners oppose nuclear energy for a range of reasons, including cost and concerns about accidents, waste, and proliferation.