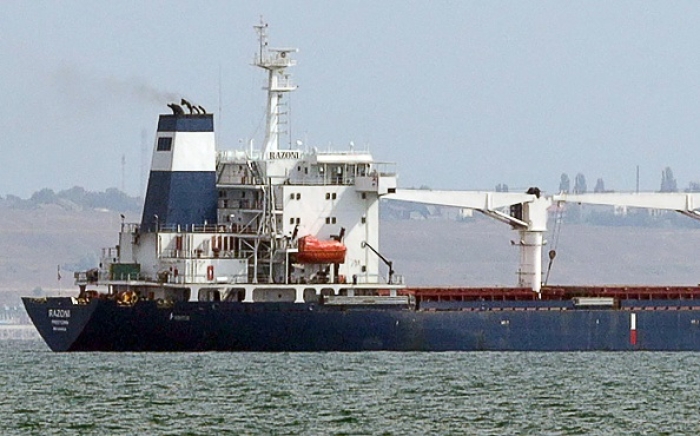 Berlin (CNSNews.com) – The first ship carrying Ukrainian grain to be able to leave the country since Russia’s invasion began safely departed this week, under a Turkish- and U.N.-brokered agreement designed to resolve a problem blamed for contributing to a global food crisis.

The state-owned TASS news service quoted Peskov as saying the meeting would be a “good opportunity to compare notes on the effectiveness of the mechanism for the export of grain from Ukrainian ports – to take a look at how effectively it works,” as well as “to exchange opinions on world affairs.”

The vessel, the MV Razoni, was set to arrive Wednesday off Turkey’s coast, where it will be inspected by Russian, Turkish, Ukrainian and U.N. officials, according to Turkey’s defense ministry.

Under the recently-signed agreement, Russia wants ships inspected to ensure they are not used – especially when returning empty to Ukraine – to transport weapons that could be deployed in Ukraine’s defense against the Russian military offensive.

Video footage of the ship departing did not show any signs of a naval escort at this stage, though the terms of the treaty to provide for escort vessels, to be provided by a “third party” if necessary. It was unclear whether the ship would receive an escort later, once it reaches international waters.

A Turkish official told Reuters it was hoped that grain ships would leave Ukrainian ports at a rate of one per day, as long as the so-called Black Sea Grain Initiative agreement holds.

An estimated 22 million tons of Ukrainian grain has been held up in silos or on ships as a result of the war, adding to global food price rises and sparking famine warnings in developing countries.

U.N. secretary-general António Guterres in a statement hailed the departure of the MV Razoni, saying the ship “is loaded with two commodities in short supply: corn, and hope.”

He stressed the importance of the deal holding, saying people on the verge of famine and countries on the verge of bankruptcy “need these agreements to work” in order to survive.

Guterres also announced that the World Food Program was planning to purchase, load and ship on a U.N.-chartered vessel an initial 30,000 metric tons of Ukrainian wheat.

Analyst Cameron Watson at Dryad Global, a maritime security risk management firm, said the agreement’s success or failure may be key to determining whether further de-escalations of the conflict are possible, but that the early days will be the most fragile.

“Whilst there are strong reasons for Russia to act strictly within the bounds of their agreement with Turkey and prevent any attacks on grain terminals and ships, this conflict has repeatedly demonstrated the importance of never assuming Russia will behave within the bounds of reason,” he wrote in an op-ed for Hellenic Shipping News.

Watson said skyrocketing global food prices resulting from the war had pushed 47 million people into acute hunger, and the Black Sea initiative, if it holds, promises to increase the global supply of grain and help bring down food prices.

Turkey is also positioned to benefit from the agreement, he said, with success validating its status as a viable mediator.