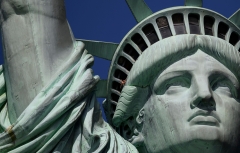 (CNSNews.com) -- Nearly 900 million people worldwide in 2021 said they would like to move permanently to another country. Among those people, 160 million said the U.S. was their desired destination.

Gallup asked, "Ideally, if you had the opportunity, would you like to move PERMANENTLY to another country, or would you prefer to continue living in this country?" 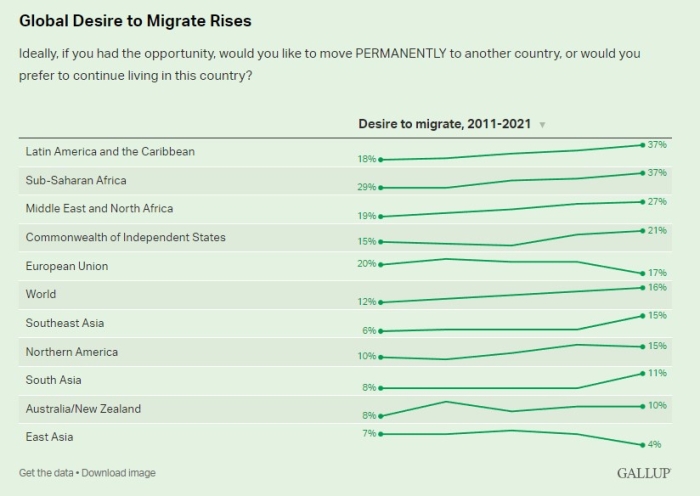 In response, 16%, or approximately 900 million people worldwide, said yes, they would like to move to another country.

Among those people, 37% in Latin America and the Caribbean expressed the desire to migrate; 37% in Sub-Saharan Africa; 27% from the Middle East and North Africa; 17% from the European Union; and 15% from Northern America.

In some countries, more than 50% of the population said they would like to migrate. 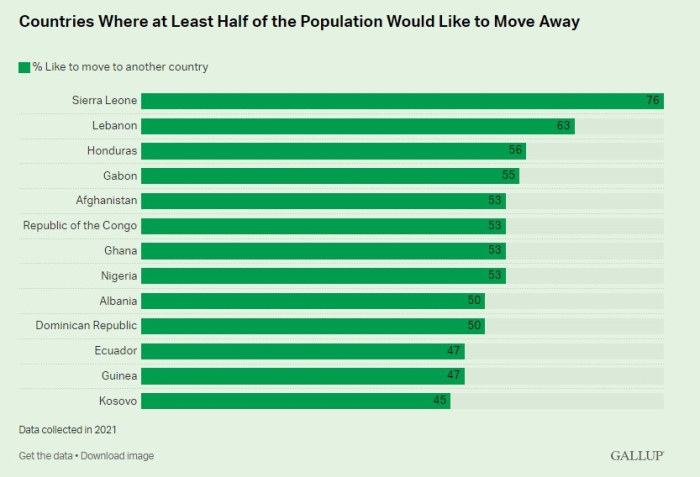 Also, 50% of Albanians (Southeastern Europe) want to migrate, as does 50% of the Dominican Republic.

Among the top destinations cited by those who want to migrate, the United States was the top choice: 18%, or 160 million people want to move to America. 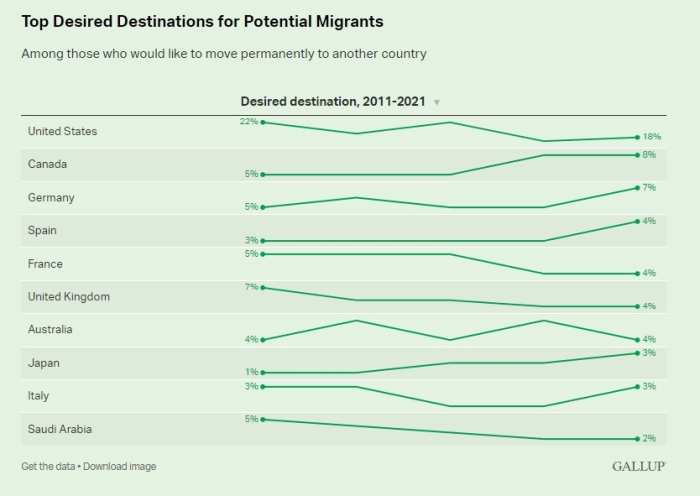 "Gallup’s data suggest the COVID-19 pandemic did not dampen people’s desire to move -- which is likely an important factor in why migration has been able to rebound so quickly in many places, including in countries such as the U.S.," reported Gallup. "From 2021 to 2022, net international migration exceeded 1 million residents, suggesting that migration patterns may be returning to their pre-pandemic norms." 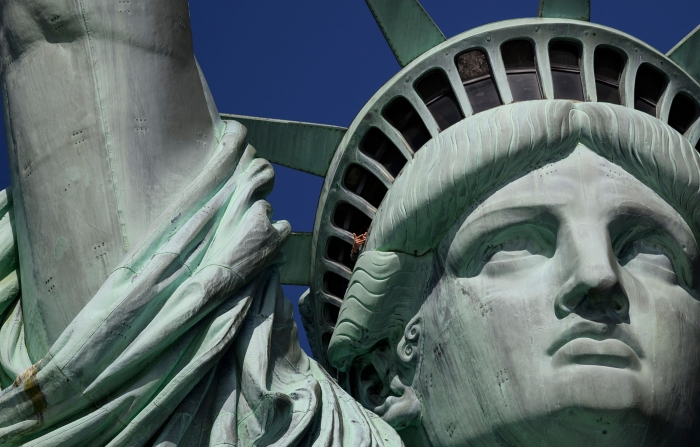