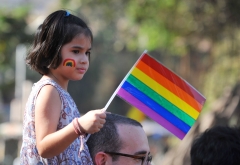 (CNS News) -- In a prudent step in its treatment of young patients with sexual dysphoria, a prominent hospital for children in Sweden has decided to stop using puberty blockers and cross-sex hormones in patients younger than 16.

The hospital cited the "lack of evidence" for the "long-term consequences of the treatments" for its decision, consequences that could include "cardiovascular disease, osteoporosis, infertility, [and] increased cancer risk."

The new policy at the Astrid Lindgren Children's Hospital in Stockholm, Sweden, which went into effect on Apr. 1, says that treating gender-dysphoric children and adolescents with puberty-blocking drugs and cross-sex-hormones is "controversial" and has "recently become subject to increased attention and scrutiny both nationally and internationally."

"In December 2019, the SBU (Swedish Agency for Health Technology Assessment and Assessment of Social Services) published an overview of the knowledge base which showed a lack of evidence for both the long-term consequences of the treatments, and the reasons for the large influx of patients in recent years," said the policy change.

"These treatments are potentially fraught with extensive and irreversible adverse consequences such as cardiovascular disease, osteoporosis, infertility, increased cancer risk, and thrombosis," states the policy change.  "This makes it challenging to assess the risk/benefit for the individual patient, and even more challenging for the minors and their guardians to be in a position of an informed stance regarding these treatments."

The document then cites a U.K. High Court decision from December 2020, the Keira Bell case, in which the court ruled that it is "highly unlikely, if at all possible, for an individual under the age of 16 to give informed consent to this treatment. For individuals between the age of 16 and 18, the court considers it advisable to request court approval before starting hormonal treatment, since the treatment should be considered experimental."

Because of that court ruling, the Swedish hospital's policy change notes that Britain's National Health Service, the NHS, "put an end to initiating hormonal treatments in new cases of individuals under 16, while recommending a thorough review of ongoing, actively treated cases. For patients between ages 16 and 18, it is recommended that the treating physician receives court approval before cross-sex hormones are initiated."

And because of all of these factors, the Swedish hospital decided that "hormonal treatments (i.e., puberty blocking and cross-sex hormones) will not be initiated in gender dysphoric patients under the age of 16."

For teens 16 to 18, the hospital said that treatment should only occur in accordance with clinical trial settings, and the patient should "receive comprehensive information about potential risks of the treatment, and a careful assessment of the patient’s maturity level must be conducted to determine if the patient is capable of evaluating, and consenting to, the treatment."

Simply, patients under the age of 16 are too young to give consent for such treatments.

"[I]t is important to present appropriate information about the uncertainty in the state of evidence regarding long-term effects and potential risks of the treatment, in order to make it possible for patients and guardians to make as well-informed decisions as possible about consenting to a potential continued treatment," stated the hospital.

"The young patients’ degree of maturity and ability to consent, as well as other indications should factor into these decisions," the policy change reads.

Commenting on the new policy, the Society for Evidence-Based Gender Medicine (SEGM) said in a statement, "This is a watershed moment. Sweden is the first country whose renowned hospital has explicitly stopped following the Dutch protocol, which allows for administration of puberty blockers at age 12 (and increasingly, as young as 8-9, at the early stage of puberty known as Tanner 2), and cross-sex hormones at the age of 16."

"It also is the first country to officially deviate from WPATH [World Professional Association for Transgender Health] guidance," said SEGM.  "WPATH has long positioned itself as the world authority in transgender health. However, in recent months, several countries’ health authorities have conducted their own reviews of the evidence and found the evidence insufficient to justify early medical interventions promoted by WPATH’s guidelines."