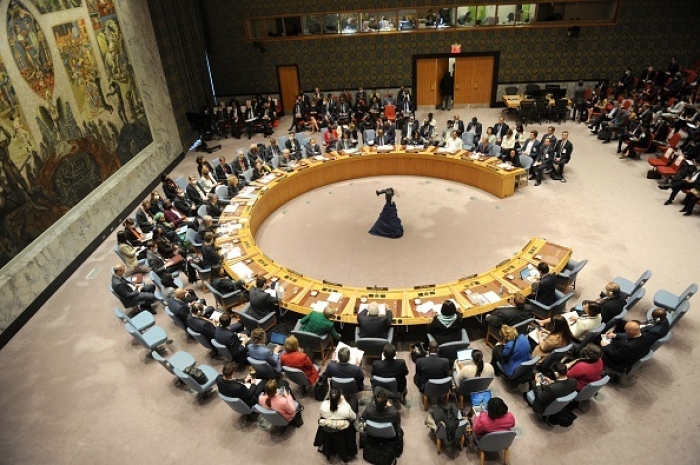 (CNSNews.com) – A deadly Russian missile strike on a crowded shopping mall in central Ukraine, relatively far from the focus of the fighting, drew shocked reaction from G7 leaders meeting in Germany, and the U.N. Security Council scheduled an emergency meeting for Tuesday.

“Sickening. Absolutely sickening,” U.S. Ambassador to the U.N. Linda Thomas-Greenfield said of the attack on the mall in Kremenchuk, adding that the Security Council would meet “to discuss Russia’s atrocities against civilians.”

“We must continue to hold Russia accountable.”

The Security Council has met frequently to discuss the Ukraine crisis since Russia invaded in February, but has been unable to adopt a single resolution in response. Russia vetoed the one attempt to do so, one day after President Vladimir Putin announced the start of the offensive.

Russia’s deputy U.N. ambassador insinuated on Twitter that Ukraine had attacked its own citizens in the shopping center, in a bid to gain attention ahead of a NATO summit that begins in Madrid on Tuesday.

“Looks like we are dealing with a new Bucha-style Ukrainian provocation,” said Dmitry Polyanskiy. “One should wait for what our Ministry of Defence will say, but there are too many striking discrepancies already. Exactly what Kiev regime needs to keep focus of attention on Ukraine before NATO Summit.”

(In Bucha and other small towns near Kyiv the bodies of hundreds of civilians – some with hands bound and bearing signs of torture – were found after Russian forces withdrew at the end of March. The Kremlin claims the evidence was staged to implicate Russians in atrocities carried out by Ukrainian fighters.)

Ukrainian President Volodymyr Zelenskyy said around 1,000 people had been inside the mall when air raid sirens sounded, and that many had fortunately “managed to get out in time.” Ukrainian media, citing local government officials, said at least 15 people were killed and more than 40 were wounded.

Kremenchuk lies some 160 miles southeast of Kyiv, and about 80 miles from the nearest Russian-held territory in eastern Ukraine.

Ukrainian officials accused Russia of intentionally targeting civilians, in what Zelenskyy described as “one of the most defiant terrorist attacks in European history.”

“Only totally insane terrorists, who should have no place on earth, can strike missiles at such an object,” he said in his nightly video message to the nation. “And this is not an off-target missile strike, this is a calculated Russian strike – exactly at this shopping mall.”

“Russia is a disgrace to humanity and it must face consequences,” said Foreign Minister Dmytro Kuleba. “The response should be more heavy arms for Ukraine, more sanctions on Russia, and more businesses leaving Russia.”

In keeping with the narrative promoted by Polyanskiy at the U.N. in New York, Russia’s Vzglyad daily quoted a “military expert” as saying the pattern was always the same: Ukrainian forces either deliberately attack their civilian population, or do so as a result of incompetence, then Kyiv blames Russia, Western media echo the allegations, and NATO countries announce new sanctions on Russia or arms packages for Ukraine.

Several other Russian outlets, including Kommersant and Komsomolskaya Pravda, reported that “an explosion occurred” in the mall, followed by a fire.

He said Zelenskyy, who joined part of the meeting by video link, had voiced a “desire to get additional air defense capabilities that could shoot down Russian missiles out in sky.”

“So, the president was able to be positively responsive to him on that,” Sullivan said.

In a tweet from Germany meeting, Biden called the Russian attack “cruel.”

“We stand in solidarity with the Ukrainian people,” he said. “As demonstrated at the G7 Summit, the U.S. along with our allies and partners will continue to hold Russia accountable for such atrocities and support Ukraine’s defense.”

French President Emmanuel Macron  called the attack an “abomination” and British Prime Minister Boris Johnson said it had “shown once again the depths of cruelty and barbarism to which the Russian leader will sink.”