After Biden Waives Iran Sanctions, Senators Remind Him They Must Sign Off on Any Deal 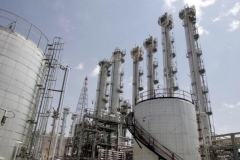 The nuclear facility at Arak in central Iran is among the elements of the regime’s program that will benefit from the restoration of the nuclear waivers. (Photo by Atta Kenare/AFP via Getty Images)

(Adds list of 32 signatories of the letter to President Biden)

(CNSNews.com) – Days after the Biden administration signed waivers allowing international companies to cooperate with Iran’s civilian nuclear program without risking U.S. sanctions, more than 30 Senate Republicans have sent a letter to the president, underlining statutory requirements to submit any Iran nuclear deal to the U.S. Senate.

Friday’s waivers signal that negotiations underway in Vienna with the aim of bringing both Iran and the U.S. back into compliance with the Joint Comprehensive Plan of Action (JCPOA) may be entering a final stretch.

According to the wording of the notification to Congress, the State Department said the waivers were “designed to facilitate discussions that would help to close a deal,” the Associated Press reported.

With the Vienna talks resuming on Tuesday – and Russia’s delegate commenting that they “seem to be at the final stage” – the GOP senators in their letter drew President Biden’s attention to the Iran Nuclear Agreement Review Act (INARA) of 2015.

INARA requires the president to send to Congress any agreement related to the nuclear program with Iran, and related documents and side deals – and to do so within five days of such an agreement being reached.

“The submission of such materials then triggers a statutorily-defined review process, and includes the possibility of Congress blocking implementation of the agreement,” said the letter, first reported by Politico’s National Security Daily.

The 32 senators, led by Sen. Ted Cruz (R-Texas), warned that they were committed to using all options and leverage available to them to ensure Biden meets his statutory obligations, “and that the implementation of any agreement will be severely if not terminally hampered if you do not.” (See below for a full list of signatories.) 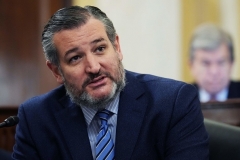 The Obama administration chose not to deal with the JCPOA as a treaty, anxious that it would not secure the 67 votes needed for Senate ratification, and so it took the form of an inter-governmental agreement, not signed by the U.S., Iran, or any of the other parties involved in the years-long negotiations.

In their letter the senators told Biden, “As a threshold matter, we reiterate our view that any agreement with Iran regarding its nuclear program is of such gravity for U.S. national security that by definition it is a treaty requiring Senate advice and consent.”

“Furthermore, genuinely robust nuclear agreement with Iran would be compelling enough to secure assent from two-thirds of the Senate – and the only reason not to present it for a resolution of ratification is that it is too weak to pass muster.”

“Any agreement related to Iran’s nuclear program which is not a treaty ratified by the Senate is subject to being reversed, and indeed will likely be torn up, in the opening days of the next Presidential administration, as early as January 2025.”

Through the Vienna talks last year the Iranian regime repeatedly insisted that the U.S. guarantee that if the sides did return to compliance with the JCPOA, no future administration in Washington would again abandon it, as President Trump did in 2018.

State: Issuing of waivers ‘in no way enriches Iran’

Even after Trump exited the deal, his administration for a time continued to extend the sanction waivers, every 90 days, allowing Chinese, Russian, and European companies to cooperate with Iran’s civilian nuclear facilities in Tehran and Arak without exposing themselves to U.S. sanctions – a move it said was intended to “reduce [nuclear] proliferation risks.

That changed in May 2020, when then-Secretary of State Mike Pompeo announced the U.S. was revoking all waivers but one, attributing the decision to “Iran’s continued nuclear escalation.”

At the time, U.S. officials argued that rather than reducing proliferation risks the civilian nuclear projects were – in the words of then-assistant secretary for international security and nonproliferation Christopher Ford – potentially “increasing Iran’s level of nuclear knowledge in ways that we thought were not proliferation-responsible.”

The Biden administration is now pushing back at suggestions that the decision to restore the waivers is in some way benefiting the Iranian regime, contending that the intent is to ensure non-proliferation and nuclear safety.

At Monday’s State Department briefing, spokesman Ned Price sought to distinguish the waivers from the attempts to reach a deal in Vienna, saying that even if a return to JCPOA compliance is not achieved, the waivers “are still in our interest.”

Price also said that the issuing of the waivers “in no way enriches Iran” and was “not about providing Iran with funds,” sparking a back-and-forth with the Associated Press’ Matt Lee over whether the regime will benefit from the waivers.

Price eventually conceded that “what is in our nonproliferation interest can also be, in some ways, in Iran’s interest. That doesn’t change the fact that it is manifestly in our interest.”

“I don’t understand how you can say that Iran gets no benefit and that this isn’t some kind of sanctions relief that you – that the administration has offered to Iran before it has made any of its own concessions,” Lee pressed.

Price said reporters would have to ask the Iranian regime if it felt it was benefitting from the waivers, but reiterated that the non-proliferation benefits were in the U.S. interest.

“The people that this benefits, in fact, are actually Russian, Chinese, European companies, right?” Lee said. “Is that what you’re saying?”

“I am saying that it is manifestly to our advantage – it benefits us to be able to address nuclear safety and nuclear nonproliferation concerns on Iran,” Price replied.