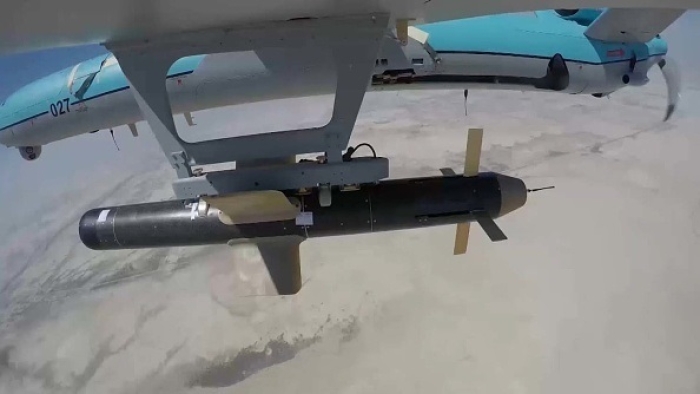 An Iranian Army photo posted in 2020 shows a missile carried by a Shahed Simorgh drone. (Photo by Iranian Army office/AFP via Getty Images)

(CNSNews.com) – National Security Advisor Jake Sullivan’s disclosure Monday that Iran plans to provide “hundreds” of unmanned aerial vehicles to Russia for use in its war on Ukraine comes on the eve of President Biden’s first presidential visit to the Middle East, where enhancing regional coordination to curb Iranian drone and missile threats is on the agenda.

It also comes less than two weeks after the Russian and Iranian presidents met for the second time this year.

“Our information indicates that the Iranian government is preparing to provide Russia with up to several hundred UAVs, including weapons-capable UAVs, on an expedited timeline,” Sullivan told reporters at the White House.

He said Iran was preparing to train Russian forces to use the drones, beginning “as soon as early July,” although it was unclear if Iran had yet delivered any of the UAVs to Russia.

“But this is just one example of how Russia is looking to countries like Iran for capabilities that are also being used, I might add – or have been used, before we got the ceasefire in place in Yemen – to attack Saudi Arabia.”

In recent years Saudi Arabia, the UAE, Israel, and U.S. forces in the region have all been targeted by attack drones deployed by Iran or its proxies.

National Security Council coordinator for strategic communications John Kirby said late last week the U.S. was “talking with nations across the region about air defense capabilities specifically and what we can do to assist with their defense – and then, exploring the idea of being able to kind of integrate all those air defenses together.”

Biden’s trip, beginning Wednesday, will take him to Israel and Saudi Arabia.

Iran has stepped up its military cooperation with Russia in recent years, and since 2019 has been holding annual joint naval exercises with both Russia and China.

Tehran has also been supportive of Russia’s actions in Ukraine. In a phone conversation with President Vladimir Putin hours after the invasion began, Iranian President Ebrahim Raisi sided with the Kremlin’s view of the “threat” posed by NATO, according to both Russian and Iranian readouts of the call.

Iran abstained when the U.N. General Assembly passed resolutions on March 2 and again on March 24 critical of the invasion, and voted against an April 7 resolution suspending Russia from the Human Rights Council.

Raisi met with Putin in Moscow weeks before the invasion began, and again 12 days ago, on the sidelines of a Caspian Sea summit

Iran has developed drones for a variety of purposes, some based on reverse engineering a U.S. RQ-170 Sentinel stealth spy drone, which crashed in Iran in 2011. 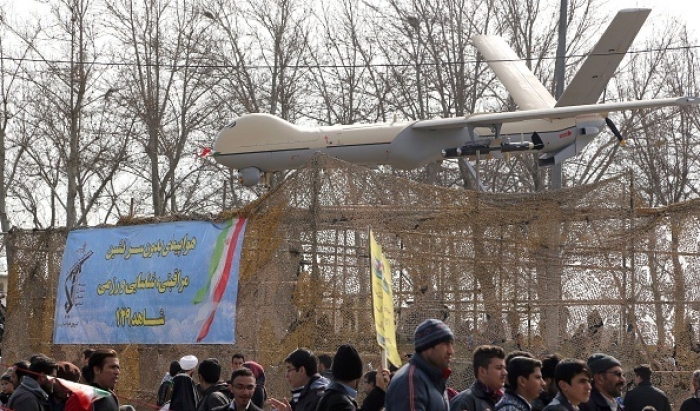 An Iranian Shahed-129 combat drone on display in Tehran during celebrations in Iran of the anniversary of the Islamic revolution. (Photo by Atta Kenare/AFP via Getty Images)

“Iran has steadily expanded its domestic UAV inventory by developing and producing a wide range of lethal and nonlethal UAV platforms,” the U.S. Defense Intelligence Agency said in a 2019 report on Iran’s military power.

“Iran has reverse-engineered many of these systems based on captured Western UAVs. Some of Iran’s newer UAV platforms, such as the Shahed-129 and the Mohajer-6, can be armed and are capable of conducting precision air-to-ground strikes with small guided munitions.”

“For the first time since the Korean War, we are operating without complete air superiority. As a result, USCENTCOM has made the counter-UAS effort one of its top priorities, and employs a variety of systems and tactics to defeat these threats,” he said.

“Until we are able to develop and field a networked capability to detect and defeat UAS, the advantage will remain with the attacker.”

It said the IRGC has provided drones to proxies including Kata’ib Hezbollah in Iraq, Hezbollah in Lebanon, Hamas in Gaza, and the Houthis in Yemen.

In May Iranian media reported on a visit by the regime’s military chief, Maj. Gen. Mohammad Hossein Baqeri, to a secret army drone base “built hundreds of meters under the ground.”