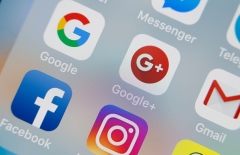 (CNSNews.com) – The Australian government wants Facebook and Google to start paying for using news content, but the U.S. digital giants claim that the value they derive from it is marginal, and they should not be expected to pay for it.

Australia’s competition watchdog on Friday released a draft new code that requires tech companies – beginning with Facebook and Google, with others to be added later – to negotiate with the country’s media companies a fair price for using their original content.

If negotiations produce no agreement in three months, the code drawn up by the Australian Competition and Consumer Commission (ACCC) provides for a 45-day mediation process, with an independent arbitrator making a final, binding decision.

And digital companies refusing to enter negotiations would face penalties including a fine of up to ten percent of their Australian turnover.

Traditional media outlets, already struggling worldwide for years as a result of the Internet and tech revolutions, have faced additional disruptions and plummeting advertising revenues due to the coronavirus pandemic.

In Australia, a number of regional newspapers shut down in recent months, and in March the Australian Associated Press, an 85-year-old institution owned by major media companies, announced it was closing.

In April, the government asked the ACCC to develop a mandatory code of conduct to address what it said were acute “bargaining power imbalances” between news companies on one hand and Google and Facebook on the other.

The draft released on Friday will be open for consultation for a month, before legislation is introduced in parliament.

ACCC chairman Rod Sims suggested that the code could set a global precedent.

“In developing our draft code, we observed and learned from the approaches of regulators and policymakers internationally that have sought to secure payment for news.”

“News content brings significant benefits to the digital platforms, far beyond the limited direct revenue generated from advertising shown against a news item,” he said. “News media businesses should be paid a fair amount in return for these benefits.”

Welcoming the draft code, the executive chairman of News Corp Australia, the country’s biggest media company and part of New York-based News Corp., said it had the potential to secure the future of media companies in Australia.

“The tech platforms’ days of free-riding on other peoples’ content are ending,” Michael Miller said. “They derive immense benefit from using news content created by others and it is time for them to stop denying this fundamental truth.”

Queries sent to Google on Friday brought no response by press time. A Facebook spokesperson sent a brief comment from Will Easton, managing director of Facebook for Australia and New Zealand: “We are reviewing the government’s proposal to understand the impact it will have on the industry, our services and our investment in the news ecosystem in Australia.”

In a submission to the ACCC last month, Facebook said that while it would “strongly prefer to continue enabling news publishers’ content to be available on our platform,” it could get by without news.

“If there were no news content available on Facebook in Australia, we are confident the impact on Facebook’s community metrics and revenues in Australia would not be significant,” it said, “because news content is highly substitutable and most users do not come to Facebook with the intention of viewing news.”

At the same time, it said that if Facebook did not have news content, publishers would lose out on the commercial benefits of having their content reach a wide and diverse audience.

Facebook said that in the five months from January-May 2020, it had sent 2.3 billion clicks (“organic referrals”) to Australian news publishers’ domains, which it estimated were worth 195.8 million Australian dollars ($141 million).

Facebook also questioned the validity of the proposed code only applying to Facebook and Google to begin with, suggesting this could benefit their non-U.S. rivals – “including rivals from countries that propagate different and undesirable visions for the Internet.”

(Facebook’s competitors include WeChat, owned by the Chinese giant Tencent.)

In its submission, Google also challenged the idea that it was earning large revenues from news content.

“In 2019, news-seeking queries accounted for just over 1% of total queries on Google in Australia,” it said. “The ad revenues associated with the result pages shown for these queries was less than AU$10 million [$7.2 million]. This minor proportion of queries and ad revenues demonstrates that Google Search derives limited value from news content.”

“In practice, we refer billions of free clicks every year to Australian [news media businesses] via queries for news content,” Google said. “These free clicks convey a monetary benefit on news publishers who use this traffic to generate ad and subscription revenues.”

The draft code lays out eligibility criteria for news companies, which must have news journalism as their main product, primarily serve an Australian audience, and exercise professional editorial standards and independence.

Smaller media businesses will be able to form groups to bargain collectively.