Biden Again Plays Down Saudi Interactions: ‘I Guess I Will See the King and the Crown Prince’ 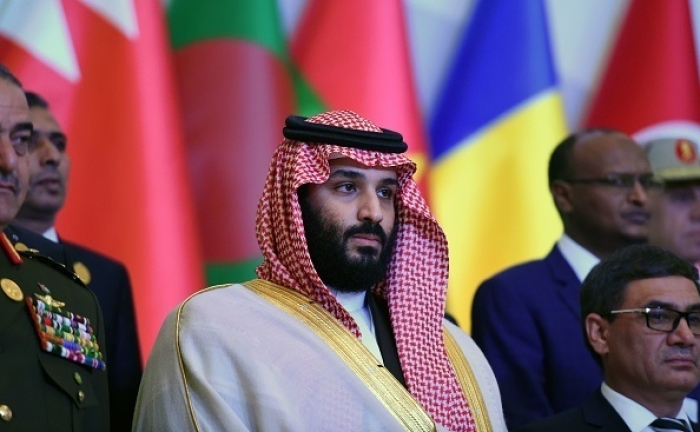 (CNSNews.com) – Two weeks before his first visit as president to Saudi Arabia, President Biden continues to play down planned meetings with Crown Prince Mohammed bin Salman, walking a fine line between looking to the Saudis for help in bringing down gas prices and associating with a regime he has castigated for human rights abuses.

Riyadh is advertised as a high point on the itinerary for the two days of “official talks” between Biden and Mohammed bin Salman, with a substantive agenda.

But Biden is suggesting that any meeting he may have with the heir to the Saudi throne will be incidental to the purpose of the visit – to take part in a “GCC+” summit.

(The GCC+ comprises the six members of the Gulf Cooperation Council – Saudi Arabia, the United Arab Emirates, Kuwait, Qatar, Oman, and Bahrain – as well as Iraq, Jordan and Egypt.)

He is also skirting around the idea that he plans to appeal to the Saudis to increase oil production in a bid to ease the pain at the pump for American motorists, saying he will discuss the issue not with the Saudis per se, but with the Gulf states as a group.

During a press conference Thursday at the end of the NATO summit in Madrid, Biden was asked whether he plans to ask the crown prince or King Salman to increase oil production – and how he would balance that with his “desire to hold them accountable for their human rights abuses.”

Biden said the purpose of his visit was to take part in the GCC+ summit – which, he said, is “in Saudi Arabia, but it’s not about Saudi Arabia.”

“And so there’s no commitment that’s been made or – I’m not even sure, I guess I will see the king and the crown prince, but that’s – that’s not the meeting I’m going to,” he said. “They’ll be part of a much larger meeting.”

Biden then talked about other aspects of the trip, including efforts to “deepen Israel’s integration in the region” – he will visit Israel before Saudi Arabia – and to reduce the death toll in the civil war in Yemen.

“There’s a whole range of things that go well beyond anything having to do with Saudi in particular,” he said.

“But if you were to see the crown prince or the king,” the reporter pressed, “would you ask them to increase oil production?”

“No,” Biden replied. “I’m not going to ask them, I’m going to ask – there’s, all of the Gulf states are meeting. I’ve indicated to them that I thought they should be increasing oil production, generically, not to the Saudis particularly.”

Biden said he hoped that the Gulf states would conclude that it is in their own interests to do so.

Saudi Arabia is by far the largest crude producer in the GCC, accounting for more oil than the other five members combined. It dominates the council, which has its headquarters in Riyadh.

Faisal Abbas, editor-in-chief of the Saudi daily Arab News, noted in a recent editorial that the kingdom was able “at the snap of a finger” to arrange a GCC+ summit to coincide with Biden’s trip.

‘I’m not going to meet with MBS’

Biden’s minimizing of the importance of his engagements with Saudi leaders contrasts with the royal court’s depiction of the planned visit:

“The Crown Prince and President Biden will hold official talks that will focus on various areas of bilateral cooperation and joint efforts to address regional and global challenges, exploring cooperation on emerging technologies, economic investment, space, renewable energy, cybersecurity, climate and environmental initiatives, food and energy security, and expanding trade and commercial ties to enable both countries to confront mutual challenges and seize the opportunities of the 21st century.”

Biden’s apparent reticence relates to the controversy over the murder of U.S.-based Saudi writer Jamal Khashoggi, at the kingdom’s consulate in Istanbul in 2018.

A U.S. intelligence assessment released early last year concluded that the crown prince approved the operation that resulted in the killing and dismemberment of Khashoggi, an outspoken critic of the regime.

The U.S. Senate had made a similar judgment two years earlier, declaring in a bipartisan resolution that the crown prince was “responsible for the murder.”

Campaigning for the White House in late 2019, Biden said he believed Mohammed bin Salman had ordered the killing, and pledged as president to “make them in fact the pariah that they are.”

He also said there was “very little social redeeming value” to the Saudi regime.

Those words have taken on a new resonance since the White House announced the president’s July 15-16 visit – in a statement that did not mention the crown prince.

Two weeks ago, a reporter asked Biden how he planned to handle the Khashoggi issue during the visit.

“I’m going to an international meeting. And he’s going to be a part of it …”

Reacting to those remarks, Aaron David Miller, a former State Department Mideast peace negotiator commented, “Biden is agonizing because he knows in his gut the downsides of the meeting may not be worth the returns.”

Two days later, Energy Secretary Jennifer Granholm told CNN’s “State of the Union” that it was her “understanding” that Biden would have a one-on-one meeting with the crown prince while in Saudi Arabia.