Biden Says He Would Get Involved Militarily to Defend Taiwan; White House Says 'No Change' in Policy 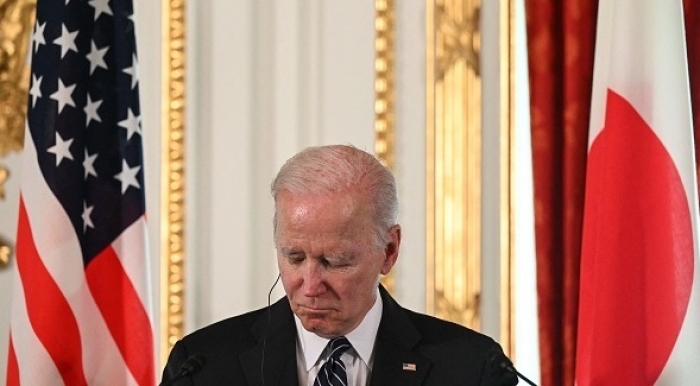 President Biden at a press conference with Japanese Prime Minister Fumio Kishida in Tokyo on Monday. (Photo by Saul Loeb/AFP via Getty Images)

(CNSNews.com) – President Biden said on Monday that he would be willing for the United States to get involved militarily should China invade Taiwan, adding that “that’s a commitment we made.”

And as it has done so many times before, a White House official later corrected him, saying "our policy has not changed."

During a joint press conference in Tokyo with Japanese Prime Minister Fumio Kishida, a reporter said to the president, “You didn’t want to get involved in the Ukraine conflict militarily, for obvious reasons. Are you willing to get involved militarily to defend Taiwan, if it comes to that?”

“We are not – look, here’s the situation: We agree with the ‘one China policy.’ We’ve signed on to it, and all the attendant agreements made from there,” Biden said.

"As the President said, our policy has not changed," said a White House official, who asked not to be named.

But clearly, that is not what the president said with his unequivocal "yes."

Biden moments earlier had pointed to the situation in Ukraine, and said that if after all that Russian President Vladimir Putin has done, if Moscow and Kyiv were to reach an agreement and sanctions against Russia were lifted, “then what signal does that send to China about the cost of attempting to take Taiwan by force?”

“They are already flirting with danger right now, by flying so close, and all the maneuvers that are undertaken,” he said, referring to Chinese warplanes’ repeated incursions into Taiwan’s air defense zone.

“But the United States is committed, we’ve made a commitment,” Biden said. “We support the ‘one China policy,’ we support all that we’ve done in the past. But that does not mean, that does not mean that China has the ability, has the – excuse me, the jurisdiction – to go in and use force to take over Taiwan.”

Biden said he did not think China would take such a step, but that that would depend to a large degree on how firmly the world makes it clear to Beijing “that that kind of action is going to result in long-term disapprobation by the rest of the community.”

Although China insists that the U.S. complies with its “one China principle,” the finely-balanced U.S. policy is distinct from China’s.

The 1979 Taiwan Relations Act commits the United States to provide the island democracy with military aid. It also declares that the U.S. will “consider any effort to determine the future of Taiwan by other than peaceful means, including by boycotts or embargoes, a threat to the peace and security of the Western Pacific area and of grave concern to the United States.”

Biden referred in Tokyo to the “one China policy” and “attendant agreements.” In three Joint Communiqués, signed in 1972, 1979 and 1982, the U.S. acknowledged that Beijing has its particular stance on “one China,” but without explicitly recognizing Beijing’s claims to the island, and without taking a position itself on Taiwan’s sovereignty.

The U.S. policy seeks a peaceful resolution of the dispute on the two sides of the Taiwan Strait, in line with the free choice of the Taiwanese people.

President Reagan’s “Six Assurances” to Taiwan in 1982 include the policy that the U.S. “has not changed our long-standing policy on the matter of sovereignty over Taiwan.”

That “long-standing policy” was that the issue was undetermined and should be decided peacefully by the sides themselves.