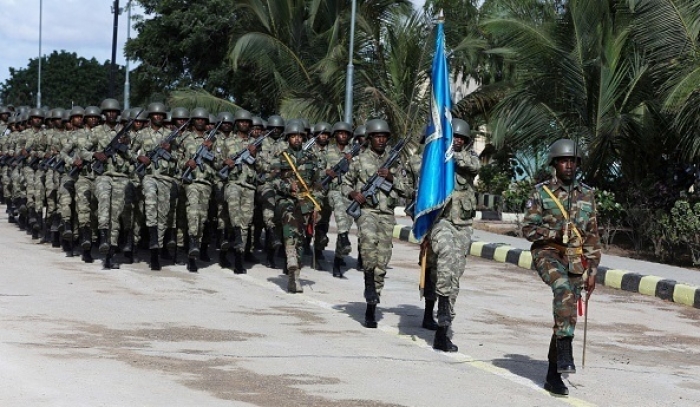 (CNSNews.com) – President Biden’s decision to return hundreds of U.S. troops to Somalia comes two months after the head of U.S. Africa Command warned of a growing threat posed by al-Qaeda’s “largest, wealthiest and most lethal” affiliate.

Since most of the 700 U.S. troops who were advising and training Somali forces fighting the terrorists were withdrawn from the country in the closing weeks of the Trump administration, U.S. personnel have flown in and out periodically from Djibouti and Kenya.

That is now set to change, after Biden approved Defense Secretary Gen. Lloyd Austin’s request to return to the war-torn Horn of Africa nation what Pentagon press secretary John Kirby described as “a small, persistent U.S. military presence,” involving the “repositioning of forces that are already in theater.”

Kirby stressed that the mission would be unchanged: U.S. forces “will continue to be used in training, advising, and equipping partner forces, to give them the tools that they need to disrupt degrade and monitor Al-Shabaab,” he said.

“Our forces are not now, nor will they be directly engaged in combat operations,” Kirby said. “The purpose here is to enable a more effective fight against Al-Shabaab, by local forces.”

The announcement came after Somali lawmakers at the weekend elected a president, concluding a contentious and long-delayed electoral process that followed the unconstitutional extension of the previous president’s term in office.

Hassan Sheikh Mohamud, who served as president from 2012 to 2017, has now been elected, and assumed office immediately.

Secretary of State Antony Blinken congratulated Mohamud and said the U.S. looked forward to “partnering with Somalia’s leaders to achieve our shared goal of a peaceful, democratic, and prosperous Somalia.”

After President Trump in December 2020 ordered the withdrawal of troops in Somalia, a small footprint of fewer than 100 remained in Mogadishu, centered on the U.S. Embassy.

When testifying on Capitol Hill in March, AFRICOM commander Townsend was asked what the impact had been of moving the troops from Somalia to nearby countries.

“Our periodic engagement, also referred to as ‘commuting to work,’ has caused new challenges and risks for our troops,’ he replied. “My assessment is that it is not effective, it is not efficient, and it puts our troops at greater risk.”

Ranking member Sen. Jim Inhofe (R-Okla.), who as chairman of the Senate Armed Services Committee in 2020 opposed the previous administration’s decision to withdraw the troops, agreed.

“It increases risk. It decreases our effectiveness,” Inhofe said. “We are seeing this play out on the ground on Somalia as things get worse and al-Shabaab gains strength.”

Townsend told the committee that deterioration in the security situation in Somalia was not solely the result of the periodic engagement by U.S. troops from outside the country, but also due to “political dysfunction in Mogadishu” as well as “inactivity” by the U.N.-mandated African Union peacekeeping mission, AMISOM. 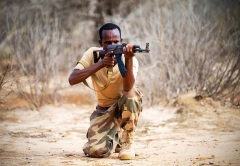 AMISOM ran for 15 years before ending on March 31. It has been replaced by a transition mission due to expire at the end of next year, when Somali security forces are meant to assume full responsibility for the nation’s security.

Al-Shabaab emerged around 2006 and has been fighting ever since to overthrow the government and impose shari’a. The U.S. government designated it a foreign terrorist organization in 2008, and it declared allegiance to al-Qaeda in 2012.

Just two months later a U.S. Navy SEAL, Chief Petty Officer Kyle Milliken, 38, of Falmouth, Maine, was killed during a raid on an al-Shabaab compound west of Mogadishu. AFRICOM said U.S. forces were acting in an advise-and-assist capacity alongside Somali troops at the time.

In June 2018, Special Operator Staff Sgt. Alexander Conrad, 26, of Chandler, Arizona, was killed and four other Americans were injured in an al-Shabaab attack in southern Somalia.

In November 2019, the leadership of al-Shabaab announced that U.S. interests worldwide would now be the group’s priority targets.

Less than two months later, dozens of al-Shabaab terrorists attacked a coastal airfield about 60 miles inside the territory of neighboring Kenya being used by the U.S. military.  A U.S. soldier, 23-year-old Spc. Henry J. Mayfield Jr. of Evergreen Park, Illinois, was killed, along with two Department of Defense contractors, Bruce Triplet and Dustin Harrison.

The assault on the Manda Bay base, where six aircraft were destroyed, was al-Shabaab’s first ever attack on a military base inside Kenya.

The death of Navy SEAL Milliken in 2017 was the first time a member of the U.S. armed forces had been killed in combat in Somalia since the infamous October 1993 “Black Hawk Down” episode in Mogadishu, where terrorists killed 18 American troops involved in the humanitarian “Operation Restore Hope.” President Clinton withdrew the peacekeepers within several months.