Biden Wants to Sell F-16s to Turkey; Menendez Says Not ‘Until Erdogan Halts His Abuses’ 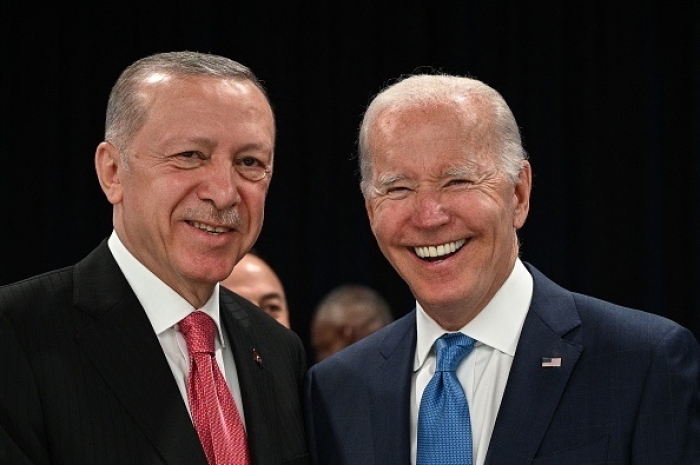 (CNSNews.com) – Turkey is welcoming the removal of provisions from a U.S. defense bill setting conditions on its purchase of F-16 fighter jets, but the chairman of the Senate Foreign Relations Committee signaled on Wednesday that the Turks should not assume that hurdles to the sale are gone.

Turkish Foreign Minister Mevlut Cavusoglu described as a “positive development” the deletion of the conditions from the National Defense Authorization Act (NDAA) for fiscal year 2023, which the House is expected to vote on, on Thursday.

Turkey wants to buy 40 F-16 Fighting Falcons and 79 kits to modernize outdated F-16s that it already possesses.  Cavusoglu said the sale would serve “everyone’s interest” and needs to proceed.

The Biden administration supports the sale, but it has opponents on both sides of the aisle in Congress, largely arising from objections to policies pursued at home and abroad by Turkey’s Islamist president.

“Contrary to some claims, the NDAA is not a win for Turkey,” tweeted Senate Foreign Relations Committee chairman Bob Menendez (D-N.J.).

“This is just one of many tools we have at our disposal in the Senate to deal with arms sales,” Menendez said. “I’ll say it again. As SFRC Chairman, I will NOT approve F-16s for Turkey until Erdogan halts his abuses across the region.”

The list of concerns about President Recep Tayyip Erdogan’s actions is a long one, and includes his decision to buy Russian S-400 missile defense systems in defiance of U.S. and NATO objections; threats to fellow NATO ally (and longstanding regional rival) Greece over maritime disputes in the eastern Mediterranean; and repeated military interventions in northern Syria targeting what he calls “terrorists” – Kurdish fighters who are partners with the U.S. in the campaign to defeat ISIS.

Ankara requested the F-16s and modernization kits after the Trump administration in 2019 removed Turkey from the F-35 joint strike fighter program, in response to the S-400 purchase.

The Trump State Department advised Erdogan to “either destroy, return, or somehow get rid of the S-400” systems, if it was to avoid further consequences from the U.S.

Turkey has not taken any of those recommended steps, but after President Biden met with Erdogan on the sidelines of the NATO summit in Madrid over the summer, he confirmed his support for the F-16 sale. Biden and Erdogan met again on the margins of the G20 summit in Bali last month, and Erdogan’s office said the U.S. president had reaffirmed that position. 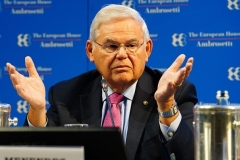 Congressional opponents of the sale inserted two conditions into the earlier version of the NDAA, prohibiting the move unless the president certifies that it would be in the U.S.’ “national interests”; and provides “a detailed description of concrete steps taken to ensure that such F-16s are not used by Turkey for repeated unauthorized territorial overflights of Greece.”

The legislation passed the House in July, but the provisions were removed in the Senate amendments, the final text of which was released this week.

An explanatory statement on the amendment says, in the context of the F-16 sale issue, “We believe that North Atlantic Treaty Organization (NATO) allies should not conduct unauthorized territorial overflights of another NATO ally’s airspace” – a clear reference to the Turkey-Greece situation.

As recently as Tuesday, Turkey repeated its veiled threats directed at Greece. Cavusoglu slammed Greece for holding military exercises in the Aegean Sea and warned that if Athens did not stop its “violations” Turkey would “do whatever is necessary.”

“Those who sow the wind reap the storm. If you do not want peace, we will do what is necessary,” he said. “One night, suddenly.”

“One night, suddenly” is a phrase Erdogan has used before on numerous occasions – initially in reference to Kurdish groups in northern Syria ahead of a Turkish military operation, but more recently in relation to territorial disputes with Greece in the Aegean.

At the State Department on Wednesday, spokesman Ned Price was asked about Menendez’ warning over the F-16 sale.

Rather than comment on it directly, he repeated the administration’s talking points on Turkey, describing it as “an important NATO ally” and one that has suffered more terrorist attacks on its soil than any other member of the alliance.

“We seek to ensure that Turkey has the defensive capabilities that it needs, what it needs to continue to serve as its role as an important NATO ally,” Price said, adding that conversations with Congress were ongoing.

A reporter then cited Cavusoglu’s new threats towards Greece, and asked whether the U.S. was going to allow Turkey to “attack Greece.”

On Turkey’s intervention in Syria, Price reiterated U.S. opposition to “military action, including a land incursion that would further destabilize the lives of communities across Syria, and risk the hard-earned gains that the global coalition to confront ISIS has achieved in recent years.”

Price added that escalation also had the potential to put U.S. military personnel in the area at risk.