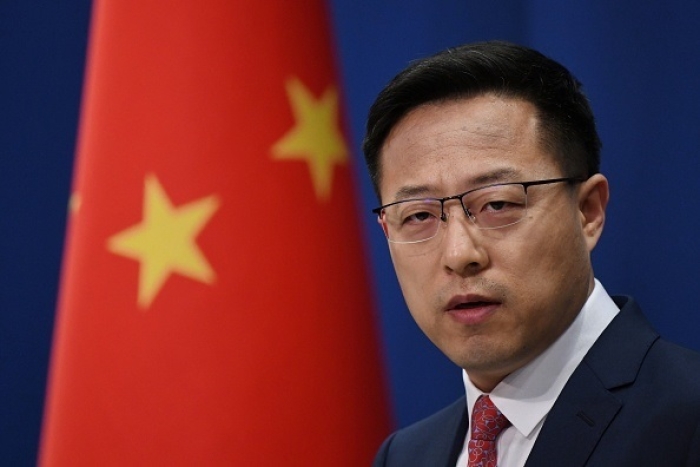 (CNSNews.com) – Offended by NATO’s decision to include a China focus in its new “strategic concept,” Beijing accused the transatlantic alliance of having “extended its tentacles to the Asia-Pacific.”

Responding to the strategy document’s reference to China posing “systemic challenges” to NATO, Chinese foreign ministry spokesman Zhao Lijian said it was the alliance itself that was “a systemic challenge to global peace and stability.”

“China is known to be a force for world peace, a contributor to global development and a defender of the international order,” he said.

NATO, by contrast, “claims to be a regional defensive alliance, but it has constantly sought to make advances into new areas and domains and waged wars in various countries in the world,” Zhao said.

“Now NATO has extended its tentacles to the Asia-Pacific and sought to export the Cold War mentality and replicate bloc confrontation,” he added.

At NATO’s annual summit in Madrid, not only did China feature for the first time in the strategic concept, but also for the first time “partners” from the Asia-Pacific – Japan, South Korea, Australia, and New Zealand – were invited to participate.

NATO and U.S. officials have argued that Russia’s invasion of Ukraine requires a global response, and that at the same time China actions – including unfair trading practices, coercive behavior in its region, and support for Russia’s aggression – impact NATO allies.

National Security Advisor Jake Sullivan said on the eve of the summit that President Biden believed strongly “that the linkage in security between the Indo-Pacific and the Euro-Atlantic is only deepening.”

“And so, the ties between allies in the two theaters have to deepen as well – not because NATO is going to go be fighting wars in the Pacific but because there is an interconnection between the robustness and vitality of our Asia-Pacific alliances and our Euro-Atlantic alliances,” Sullivan said.

At his end-of-summit press conference on Thursday, Biden said the gathering had rallied allies “to meet both the direct threats that Russia poses to Europe and the systemic challenges that China poses to a rules-based world order. “ 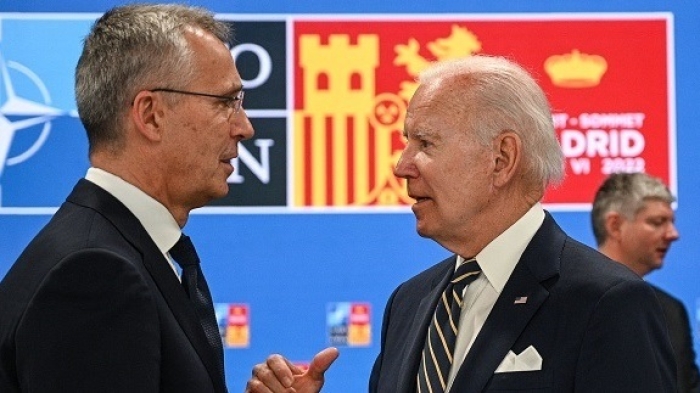 NATO Secretary-General Jens Stoltenberg and President Biden at the summit in Madrid on Thursday. (Photo by Gabriel Bouys/AFP via Getty Images)

On the unprecedented participation of Asia-Pacific partners, Biden said he had told Russian President Vladimir Putin that his actions in Ukraine “would cause worldwide response, bringing together democratic allies and partners from the Atlantic and the Pacific to focus on the challenges that matter to our future, and to defend the rules-based order against the challenges, including from China.”

It says China is “opaque about its strategy, intentions and military build-up” including its rapidly-expanding arsenal of nuclear weapons and delivery systems, and harms NATO security through “malicious hybrid and cyber operations and its confrontational rhetoric and disinformation.”

“It uses its economic leverage to create strategic dependencies and enhance its influence. It strives to subvert the rules-based international order, including in the space, cyber and maritime domains.”

The document also decries China’s deepening alliance with Russia and says that “their mutually reinforcing attempts to undercut the rules-based international order run counter to our values and interests.”

The 2022 strategy concept replaced one issued in 2012, which made no mention of China.

After it was adopted in Madrid, NATO Secretary-General Jens Stoltenberg told reporters that China was not an “adversary” but the alliance “must be clear-eyed about the serious challenges it represents.”

“China is substantially building up its military forces, including nuclear weapons; bullying its neighbors, and threatening Taiwan; investing heavily in critical infrastructure, including in allied countries; monitoring and controlling its own citizens through advanced technology; and spreading Russian lies and disinformation,” he said.

The Chinese Communist Party’s China Daily said remarks like those “reflect the born-again Cold War ideologues that dictate policies in the West.”

It said in an editorial that the Europeans had “bowed” to U.S. pressure “to single out China as a serious challenge to the international order.”

“China is thousands of miles away from Europe, and has never in history posed any security challenge to the organization. Rather, the security challenge comes the other way round, with NATO in recent years flexing its muscles in the Asia-Pacific region by sending warships and military aircraft to the South China Sea.”

Pointing to the participation at the summit of the four Asia-Pacific partners, China Daily predicted that “NATO’s insidious creep into the Asia-Pacific on the bases of AUKUS, the Quadrilateral Security Dialogue, and various security treaties between the U.S. and its allies will gather pace.”

AUKUS is a security pact between Australia, the United Kingdom, and the United States, established last fall with an initial aim of providing Australia with nuclear-powered submarines to help deal with “rapidly evolving threats” in the Indo-Pacific.

The “Quad” is a security dialogue between the U.S., Japan, India, and Australia, first set up in 2007 but revived in recent years and featuring its first meeting at a leaders’ level last year.

The U.S. also has defense treaty alliances with Japan, South Korea, Australia, and New Zealand, dating back to the 1950s.