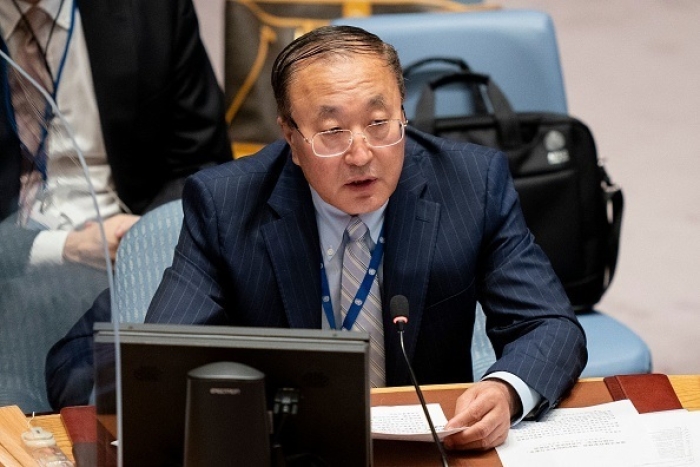 (CNSNews.com) – NATO should learn the lessons of the Ukraine crisis and not “look for imaginary enemies in the Asia Pacific,” China’s ambassador to the U.N. said on Tuesday.

Speaking during a U.N. Security Council meeting on Russia’s war on Ukraine, Zhang Jun echoed the Kremlin’s talking point that NATO’s eastward expansion after the collapse of the Soviet Union had “sowed the seed of conflict” today.

He said China was “deeply concerned” about the implications of a new “strategic concept” which NATO leaders now meeting in Madrid plan to endorse, which for the first time will include a focus on China.

Zhang said that while some NATO leaders have of late “painted other countries as a threat,” it is NATO itself that it causing trouble in various parts of the world.

“We urge NATO to learn its lessons, and not to use this crisis in Ukraine as an excuse to stoke worldwide bloc confrontation or a new Cold War, and not to look for imaginary enemies in the Asia Pacific or artificially create contradictions and divisions.”

Zhang said some voices were “clamoring for NATO’s involvement in Asia Pacific, or an Asia Pacific version of NATO,” both of which he said Beijing firmly opposes.

“The long-outdated Cold War script must never be reenacted in Asia Pacific.”

The new strategic concept to be adopted in Madrid replaces one issued by the transatlantic alliance in 2010. Reflecting a very different global security environment, that almost 4,000-word document contained not a single reference to China.

By contrast, National Security Advisor Jake Sullivan told reporters en route to Madrid that the new strategic concept “will speak very directly and in a clear-eyed way to the multifaceted challenge posed by the People’s Republic of China.”

For the first time, the alliance has also invited four partners from the Asia-Pacific – Japan, South Korea, Australia, and New Zealand – to participate in a summit.

“This is consistent with President Biden’s very strong view and central premise that the linkage in security between the Indo-Pacific and the Euro-Atlantic is only deepening,” Sullivan said.

“And so, the ties between allies in the two theaters have to deepen as well – not because NATO is going to go be fighting wars in the Pacific but because there is an interconnection between the robustness and vitality of our Asia-Pacific alliances and our Euro-Atlantic alliances.” 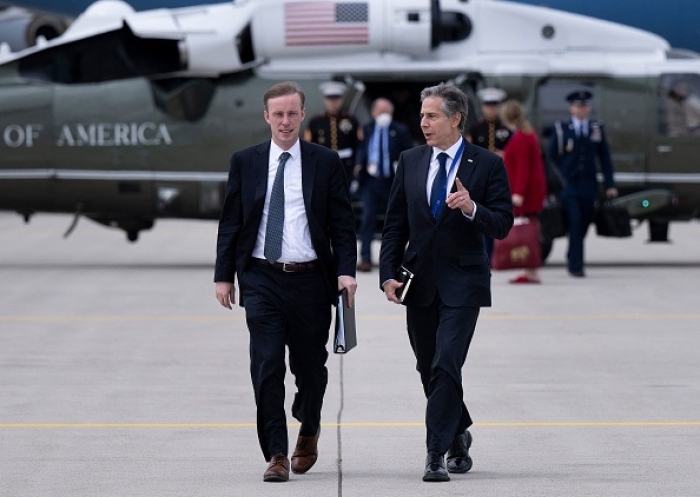 Sullivan said Biden would have an opportunity in Madrid to talk to NATO allies and the Indo-Pacific partners “about the China challenge and the ways in which it increasingly is a relevant factor for the NATO alliance.”

‘China is coming closer to us’

The Asia Pacific invitees to the Madrid summit have been U.S. treaty allies for more than half a century, but it is two far more recent initiatives that have Beijing worried about attempts to contain China or, in Zhang’s words, to set up an “Asia Pacific version of NATO.”

The “Quad” (the United States, Japan, India, and Australia) security dialogue was set up during the George W. Bush administration, languished during the Obama presidency until revived under President Trump in 2017, and then under the Biden administration has for the first time held summits at leaders’ level. “Quad-plus” meetings have drawn in South Korea, New Zealand, and Vietnam.

The trilateral security pact known as AUKUS (Australia, the United Kingdom, and the United States) was established in the fall of 2021, with an initial focus on helping Australia to acquire nuclear-powered submarines to help allies confront what Biden called “rapidly evolving threats” in the Indo-Pacific.

Officials in the countries involved in the Quad and AUKUS have not explicitly portrayed the two initiatives as anti-China blocs, and rhetoric about an “Indo Pacific NATO” has come largely from the Chinese government and state media outlets.

Although China has not featured in previous versions of NATO’s strategic concept, it has been referenced in other NATO documents in recent years.

The first was in a NATO leaders’ statement at a meeting in London in late 2019, which said, “We recognize that China’s growing influence and international policies present both opportunities and challenges that we need to address together as an Alliance.”

Then China featured in much greater depth in the communique at last summer’s annual summit in Brussels, where leaders highlighted China’s lack of military transparency, including in the area of nuclear capabilities and doctrine; “coercive” behavior in the region; challenges posed to the international rules-based order; and cyber and hybrid threats.

Briefing reporters after that summit, NATO Secretary-General Jens Stoltenberg said responding to challenges posed by China “is not about moving NATO to Asia.” 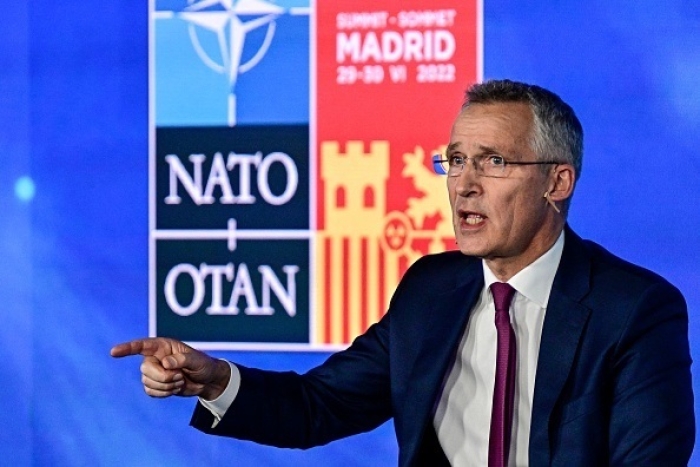 NATO Secretary-General Jens Stoltenberg speaks on the first day of the NATO summit in Madrid, Spain on Tuesday. (Photo by Javier Soriano/AFP via Getty Images)

“It’s very much about what to do at home – resilience, technology, cyber defense,” he said. “Because we see that China is coming closer to us.”

While China will be an important focus at the Madrid summit, Russia’s invasion of Ukraine and the implications of Russia’s behavior in Europe are expected to take center stage.

The new strategic concept will “describe in stark terms the threat that Russia poses and the way in which it has shattered peace in Europe,” Sullivan said on Tuesday.

In comparison, the 2010 strategic concept expressed the desire “to see a true strategic partnership between NATO and Russia.”

“Notwithstanding differences on particular issues, we remain convinced that the security of NATO and Russia is intertwined and that a strong and constructive partnership based on mutual confidence, transparency and predictability can best serve our security,” it said.