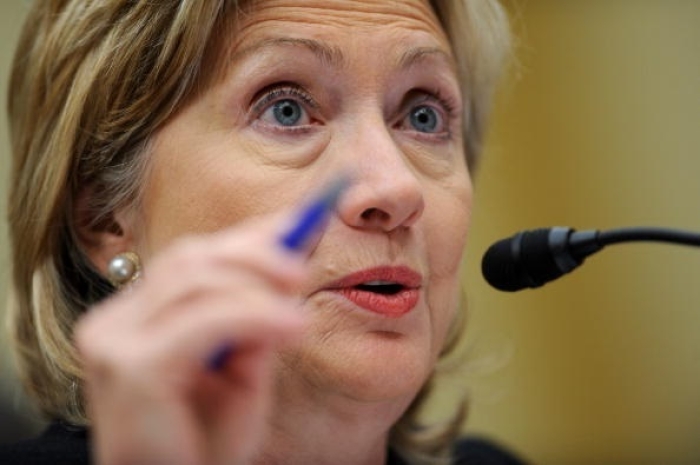 (CNSNews.com) – As a United Nations body prepares to take an unprecedented vote on whether to expel Iran from the U.N.’s top gender equality body, former Secretary of State Hillary Clinton said on Thursday the regime should “never” have been a member of the Commission on the Status of Women (CSW) in the first place.

Noting that she recently joined “a group of women leaders” calling for Iran’s ousting from the CSW, Clinton told CNN’s Christiane Amanpour that removing the regime from the U.N. body dealing with the advancement of women would be “the right thing to do.”

“They should never have been on there in the first place,” she said.

While Clinton was secretary of state 12 years ago, however, the Obama administration stood by as Iran was handed an earlier term on the 45-member CSW, “the world’s leading intergovernmental body exclusively dedicated to the promotion of gender equality and the empowerment of women.”

The Obama administration did so again four years later – when John Kerry was secretary of state – once again allowing Iran to join the CSW without objecting.

In both 2010 and 2014, U.S. objections may not have succeeded in preventing Iran from being elected onto the commission. But the fact that the administration remained silent – as did other democracies – enabled the regime to get the seat “by acclamation,” that is, without a vote.

Vacancies on the CSW are filled by the New York-based U.N. Economic and Social Council (ECOSOC), a 54-nation body that coordinates U.N. socio-economic affairs. 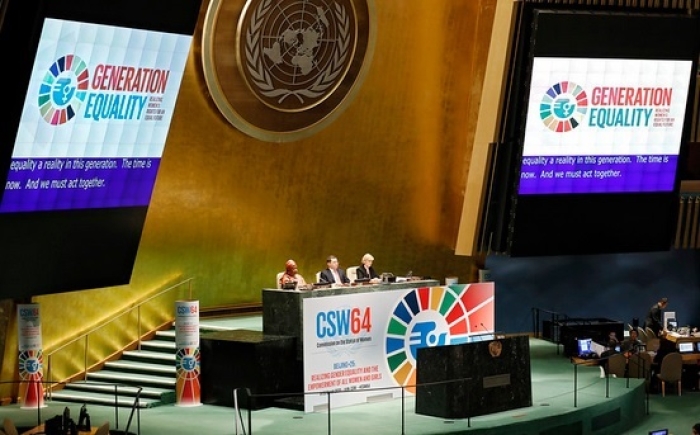 The U.N. Commission on the Status of Women opens its 64th session at U.N. headquarters in New York in March 2020. (Photo: UN Women/Ryan Brown)

Last year, when Iran once again sought a four-year term on the CSW, the Biden administration did call for a vote. Human rights activists were aghast when 43 of the 53 ECOSOC members voting (one did not cast a ballot) then voted in support of Iran’s candidacy.

The vote was by secret ballot, but a simple process of elimination indicated that included among those voting for Iran were about a dozen liberal democracies.

After street protests erupted in September following the death in custody of a young woman arrested for violating the strict Islamic dress code, a campaign to oust Iran from the CSW gained traction. A month ago, the Biden administration announced it would lead the initiative at the U.N.

ECOSOC, the same body that elected Iran onto the CSW last year, will now vote in New York on December 14 on a resolution to expel it.

It will need the support of at least 28 of the 54 members in order to pass. Passage is by no means certain; 23 of the current ECOSOC members did not support a General Assembly resolution last month critical of Iran’s human rights record – ten opposed it and 13 abstained.

In her interview with Amanpour, Clinton defended the Obama administration’s low-key approach to earlier protests in Iran, in response to the disputed re-election in 2009 of President Mahmoud Ahmadinejad.

“During the ‘Green revolution’ in 2009, we made a decision, based on the best intelligence and information we had at the time, that overt American support for the protests would actually hurt those protests and the protesters themselves,” she said.

“So behind the scenes, we tried to keep social media operating so that people could communicate and organize,” Clinton said.

“Now I think it’s very different than it was 13 years ago,” she continued. “What’s happening now deserves our full-throated support. And I think every time anyone speaks on behalf of the United States government, they need to be saying that they stand with the people of Iran, particularly with the women and girls.”

Former President Obama said in a recent interview that he thought White House decision-making on how to respond to the 2009 Iran protests had, in hindsight, been “a mistake.”

When Iran ran for a CSW seat in 2010 (for a 2011-2015 term), more than 200 Iranian women’s rights activists warned that the regime would use its membership “to curtail progress and the advancement of women.”

At the time, ECOSOC included 13 Western democracies – the U.S., Canada, Australia, and ten European countries. None called for a vote, which would have put to the test Iran’s ability to achieve the required majority of 28 votes.

Since no ECOSOC member raised an objection when given the opportunity to do so by the presiding officer, the meeting elected Iran “by acclamation.”

Again, neither the Obama administration nor any other ECOSOC member objected or called for a vote. Democracies in ECOSOC in 2014 included the U.S., Canada, New Zealand, Japan, South Korea, India, and 13 European nations.

Despite the U.S. decision not to object, after Iran got the seat “by acclamation,” then-U.S. Ambassador to the U.N. Samantha Power in a tweet called the move “an outrage.”

The 2010 incident occurred weeks after Obama, in a Persian new year message, repeated an offer of dialogue first made a year earlier, telling the regime “our offer of comprehensive diplomatic contacts and dialogue stands.”

The 2014 incident took place at a time when the administration’s focus was on nuclear negotiations with the regime, then underway in Vienna. The drafting of what became known as the Joint Comprehensive Plan of Action (JCPOA) began less than three weeks after Iran was handed the CSW seat.