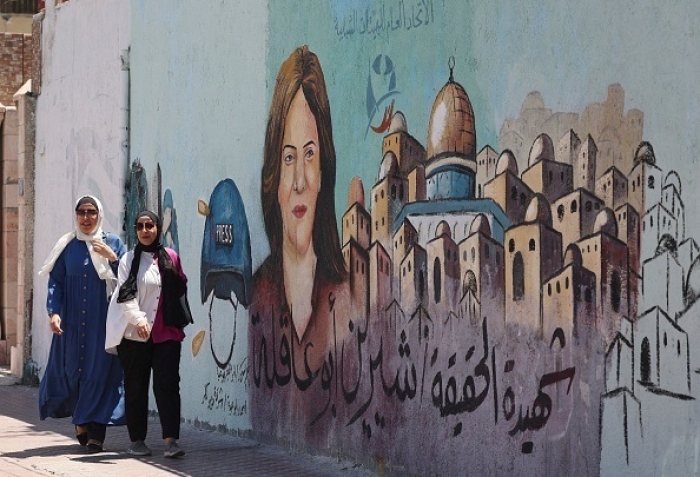 (CNSNews.com) – Anyone involved the decision to launch an FBI investigation into the death of American-Palestinian journalist Shireen Abu Akleh during an Israeli security operation “should be fired or impeached,” Sen. Ted Cruz (R-Texas) said this week, responding to a move that sparked strong pushback in Jerusalem.

“This administration has spent its time in office weaponizing the DOJ to target their political enemies as a matter of policy, and now they have allowed that tactic to bleed into their obsession with undermining our Israeli allies,” Cruz said in a statement.

While the news of an FBI probe into the shooting of the Al-Jazeera journalist – evidently by an Israeli soldier – is being welcomed by some Democratic lawmakers, Israel’s outgoing government says the Israeli Defense Forces will not cooperate.

“IDF soldiers will not be investigated by the FBI nor by any foreign body or state, friendly as it may be,” caretaker Prime Minister Yair Lapid told lawmakers in the Knesset on Tuesday. “We will not abandon IDF soldiers to foreign investigations, and we expressed our strong protest to the Americans at the appropriate levels.”

“The IDF has conducted a professional, independent investigation, which was presented to American officials with whom the case details were shared,” Gantz said. “I have delivered a message to U.S. representatives that we stand by the IDF’s soldiers and that we will not cooperate with an external investigation.”

Prime Minister-elect Binyamin Netanyahu, who is currently assembling a coalition government, has not spoken publicly on the matter, which could put the Biden administration on a collision course with an Israeli leader considerably more hawkish than the departing Lapid and Gantz.

Abu Akleh, who was wearing a helmet and a vest marked “PRESS,” died of a gunshot wound to the head while she was covering an IDF raid in the West Bank town of Jenin on May 11 this year. The security operation was in response to a spate of terrorist attacks, many of them originating in Jenin, that had killed 19 Israelis.

An IDF investigation concluded that she was struck by a bullet likely fired by an Israeli soldier, but that she had not been deliberately targeted, as alleged by the Palestinian Authority (P.A.) and others.

The U.S. Security Coordinator (USSC), a Jerusalem-based body that works with Israeli and P.A. security agencies, reached a conclusion similar to the IDF’s.

“Both from the USSC findings and Israel’s own findings, this was not an intentional, targeted killing,” State Department spokesman Ned Price said during a briefing in September. “This was the tragic result of a gunfight in the context of an Israeli raid in the West Bank.”

The Abu Akleh family strongly criticized the administration’s handling of the matter, which has also been the subject of a number of legislative amendments, letters, and other initiatives introduced and supported by Democrats in Congress – including a letter signed by more than 50 House Democrats calling for an FBI inquiry.

With the news this week of an FBI probe, Rep. André Carson (D-Ind.) introduced new legislation requiring an investigation and report on Abu Akleh’s death.

“While I am encouraged by the reports of an FBI investigation, we must ensure a thorough and timely report to Congress on this tragic killing,” said Carson, an outspoken advocate for the Palestinian cause.

Sen. Chris Van Hollen (D-Md.) called the move “an overdue but necessary and important step in the pursuit of justice and accountability.”

The Abu Alkeh family welcomed news of the investigation, expressing the hope the U.S. would “use all of the investigative tools at its disposal to get answers about Shireen's killing and hold those who are responsible for this atrocity accountable.”

In his statement, Cruz accused the Biden administration of “unleashing the FBI” on Israel and Netanyahu, whom it views “as political enemies.”

“Our Israeli allies have, since the very beginning, cooperated closely with the United States in investigating this incident, and the State Department and Defense Departments had already drawn their conclusions,” he said.

“This outrage underscores how corrupt and blatantly politicized the Justice Department has become, and how entirely beholden to the radical left-wing Squad Democrats really are.”

“Everyone involved with this debacle should be fired or impeached – all the way up to Attorney General Garland.”

In other reaction, David Milstein, former special assistant to the U.S. ambassador to Israel under the Trump administration, said there was “no legitimate basis” for the investigation.

Milstein said on Twitter the administration should instead investigate and “hold the PA accountable for providing hundreds of millions of $ to incentivize/reward terrorism that has led murder of Israeli and U.S. citizens.”

Richard Goldberg, a senior advisor at the Foundation for Defense of Democracies and former National Security Council official, recalled a justification U.S. governments have given for opposing International Criminal Court investigations into both the U.S. and Israel.

“A key argument against ICC investigations of the U.S. and Israel has been that we are free democracies that investigate and prosecute crimes as appropriate,” he tweeted. “The DOJ investigation of Israel undercuts that argument and opens up the U.S. military to future criminal investigations.”

The ICC was established to deal with crimes against humanity, war crimes and genocide, and its founding statute gives it jurisdiction only where national legal systems are “unwilling or unable” to fulfil their functions properly.

“Given Israel’s robust civilian and military legal system and strong track record of investigating and prosecuting wrongdoing by military personnel, it’s clear the ICC is only putting Israel in its crosshairs for nakedly political purposes,” then-Secretary of State Mike Pompeo said in 2020. “It’s a mockery of justice.”