Finland About to Join NATO: ‘You Caused This,’ Finnish President Tells Putin 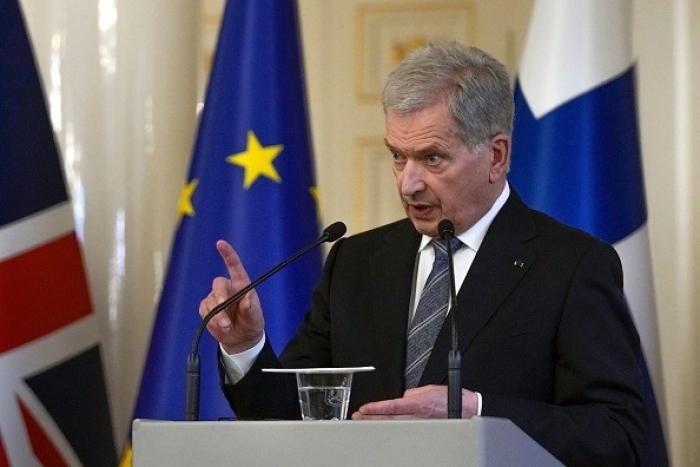 (CNSNews.com) – In a joint statement released on Thursday, the president and prime minister of Finland announced that Finland “must apply for NATO membership without delay” for its own security.

“We hope that the national steps still needed to make this decision will be taken rapidly within the next few days,” said President Sauli Niinistö and Prime Minister Sanna Marin.

Joining NATO would end decades of military non-alignment by Finland.  On Wednesday, Niinistö had a message on Wednesday for Russian President Vladimir Putin: “You caused this – look at the mirror.”

Niinistö recalled that in past years, Russia had spoken vaguely about countermeasures it would take in the event that Finland or Sweden join NATO, and had referred to their neutrality as helping to ensure stability in the Baltic Sea region.

However, that changed late last year, with Moscow’s demand that neither Finland nor Sweden consider NATO membership, he said at a press conference in Helsinki.

Sweden has not yet announced a decision on NATO membership.

Niinistö said Finland and Sweden’s historical non-alignment had been a matter of their own free choice, but the Kremlin’s warning amounted to it saying that the two Nordic nations did not have their “own will.”

“And that is a huge change [from Russia’s previous position],” he said. “That made us think.”

The Russian warning was then followed in February by Putin’s invasion of Ukraine, Niinistö noted.

“Surely that changed also the picture: They are ready to attack their neighboring country.”

So, on the question of how Russia views the possibility of Finland joining NATO, Niinistö said, “well, my response would be that, ‘you caused this – look at the mirror.’”

Niinistö was speaking alongside British Prime Minister Boris Johnson, who traveled to Finland and Sweden on Wednesday to sign agreements with both governments, pledging mutual aid in the event of a military attack.

NATO’s article five mutual defense guarantees apply only to members, and some in Sweden and Finland have voiced concern about possible threats to their security in the interim period between their projected applications to join and their actual accession.

Johnson and his hosts characterized the U.K.-Finland and U.K.-Sweden agreements as being applicable whether or not they apply to join NATO.

“These are not a short-term stop gap, but a long-term commitment to bolster military ties and global stability, and fortify Europe’s defenses for generations to come,” Johnson said.

His Swedish counterpart, Magdalena Andersson, said the agreement “is important whatever policy choice we make in Sweden” on NATO membership. 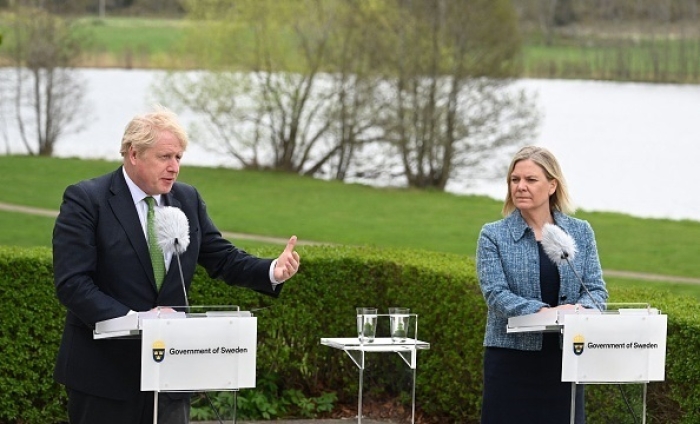 “Finland has of course traditionally been neutral, but this is formalizing and making clear something that needs to be made explicit in the context of today,” Johnson said in Helsinki. “And that is that, in the event of an attack on either of us, we will come to each other’s support, upon request.”

In Sweden, Johnson said, “What we are saying, emphatically, is that in the event of a disaster or the event of an attack upon Sweden, then the U.K. would come to the assistance of Sweden with whatever Sweden requested.”

“If either country should suffer a disaster or an attack, the U.K. and Sweden will assist each other in a variety of ways,” said Andersson.

Public support for joining NATO has climbed in both countries since an already difficult relationship between Russia and the West worsened significantly late last year, in the lead up to the invasion of Ukraine.

Now that Niinistö and Marin have announced their stances on NATO membership, the parties in parliament will discuss their positions.

The leadership of Sweden’s ruling Social Democrats party is expected to take a decision on Sunday.

NATO operates on consensus, with all 30 current members of the alliance having to approve membership decisions. With well-equipped and effective armed forces that already cooperate with NATO, Sweden and Finland would likely be ushered in a far shorter time than other aspirants have waited.

“We are keeping an exceedingly close eye on everything related to actions that can one way or another change the alliance’s force posture along our borders,” Kremlin spokesman Dmitry Peskov said on Wednesday, commenting on the possibility of Finland and Sweden joining NATO.

“This is subject to a very careful analysis,” TASS quoted him as saying. “We can say nothing more at this point.”

Finland shares an 830-mile border with Russia. If it joins NATO, the borders between Russia and alliance members will more than double in length.

Russia: Our Opposition to Further NATO Expansion Covers Sweden and Finland Too (Dec. 26, 2021)