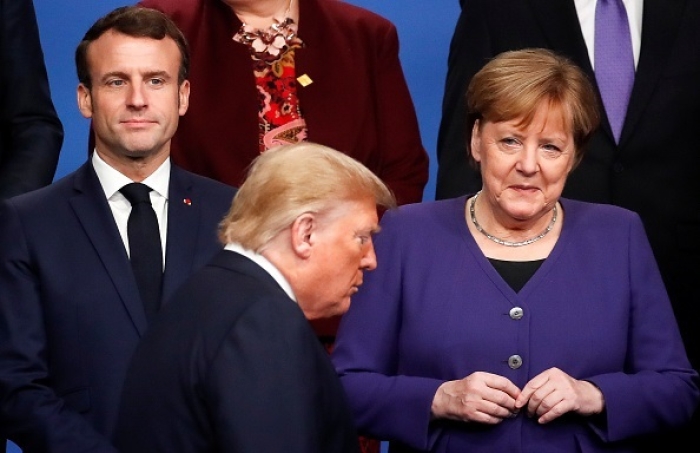 (CNSNews.com) – British conservative commentator Nigel Farage recalled at the weekend that German officials had laughed when then-President Donald Trump warned them against an over-reliance on Russian energy.

“They’re not laughing now, are they?” he said, alluding to deep concerns in Germany and elsewhere in Europe over reduced supplies of Russian natural gas, and worries that the situation will become much more serious with the arrival of winter.

Addressing the Conservative Political Action Conference in Dallas, Texas on Saturday, Farage called Trump “a man of incredible courage, of leadership and of foresight,” and said he did not believe if the 45th president was still in the White House that Russia would have invaded Ukraine.

“If he was there, so much that is going wrong wouldn’t be,” said Farage, the former leader of the U.K. Independence Party and the Brexit Party, which campaigned successfully for Britain to leave the European Union in 2020.

Farage said he was reminded of a speech Trump gave at the U.N. General Assembly in September 2018, when he told the German delegation that by “making yourself wholly dependent upon Russia, you’re making a big mistake.”

“And you know what? They all laughed at him,” he recalled. “Well, to use a line I used at the European Parliament the day after Brexit: They’re not laughing now, are they?”

“As energy is rationed,” Farage added, over laughter.

As president, Trump clashed with German leaders over their country’s deep dependence on Russian energy supplies, linking it to criticism over German – and other allies – defense spending falling short of the NATO target of two percent of GDP.

He repeatedly criticized Germany for going ahead with the Nord Stream 2 pipeline – which aimed at doubling Russian gas to the E.U. and was then under construction.

“Germany pays Russia billions of dollars a year for Energy, and we are supposed to protect Germany from Russia,” Trump said in a typical tweet on the subject, in July 2020. “What’s that all about?” 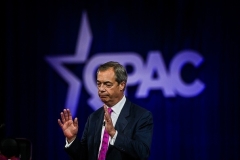 In the U.N. speech referenced by Farage, Trump warned, “Reliance on a single foreign supplier can leave a nation vulnerable to extortion and intimidation.”

“That is why we congratulate European states such as Poland for leading the construction of a Baltic pipeline so that nations are not dependent on Russia to meet their energy needs,” he said, referring to a project to pipe Norwegian gas from the North Sea via Denmark to Poland.

“Germany will become totally dependent on Russian energy if it does not immediately change course,” Trump continued.

As he moved to another topic, the U.N. cameras panned across to the German delegation, where then-Foreign Minister Heiko Maas and his colleagues were seen exchanging glances and grinning.

The Nord Stream 2 project was stalled for most of 2020 after Trump signed into law bipartisan sanctions legislation, sparking an abrupt halt to construction work.

The Biden administration in a policy reversal waived sanctions against Nord Stream 2’s major players, and the pipeline was completed last fall. It was awaiting German regulatory approval when Berlin suspended the process shortly before Russia invaded Ukraine in February. Biden then lifted the waivers.

The Kremlin’s invasion of Ukraine accelerated efforts in the E.U. to wean themselves off Russian energy.

Last month, Russian state gas giant Gazprom significantly reduced the flow through the Nord Stream 1 pipeline, which is the most important channel for Russian gas supplies to Europe.