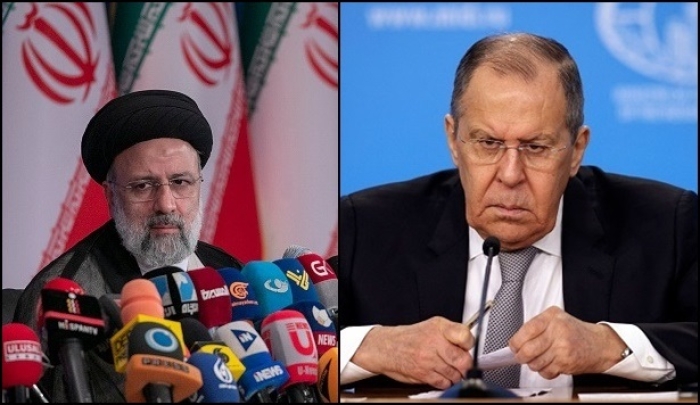 (CNSNews.com) – President Vladimir Putin will not be taking part in next month’s U.N. General Assembly session in New York, but Russia will be represented by Foreign Minister Sergei Lavrov, who is under U.S. sanctions over the invasion of Ukraine.

According to Monday’s Kremlin announcement, the Russian delegation will include another politician under U.S. sanctions, State Duma international affairs committee chairman Leonid Slutsky. He was designated for sanctions in 2014, as part of the Obama administration’s response to Putin’s annexation of Crimea.

Lavrov himself was sanctioned last February, with the U.S. Treasury Department accusing him of having “advanced the false narrative that Ukraine is the aggressor” and of having “helped facilitate Russia’s aggressive actions against sovereign states and enabled Russia to degrade democracy globally.”

Under the 1947 agreement that established the permanent seat of the world body in New York, the U.S. agreed to admit foreign delegates to a demarcated zone for U.N. activities. The requirement has allowed some of America’s most outspoken foes to visit – at times to use the platform to rail against the host nation.

The annual opening of the new General Assembly each fall sees scores of world leaders travel to Turtle Bay to deliver speeches and attend various meetings on the sidelines. Putin himself has not addressed the annual meeting since 2015.

The Russians are not the only U.S.-sanctioned foreigners who plan to visit the city for “high level week,” scheduled this year for September 20-26.

Others include Iranian President Ebrahim Raisi, who was sanctioned by the Trump administration in 2019 in his then capacity as justice minister. The U.S. Treasury Department designation cited Raisi’s involvement in the regime’s violent crackdown after a disputed election in 2009, and the role he played in the extrajudicial executions of thousands of dissidents in the 1980s.

The regime’s foreign ministry slammed the request as “childish and naive” although in the end, Raisi addressed the meeting in a pre-recorded speech screened in the chamber.

This year, the U.N. is not permitting the type of recorded speeches that it allowed in 2021 as a COVID pandemic measure.

Raisi’s spokesman confirmed last week that the president intends to make the trip for the first time.

The same six GOP senators, joined by Sen. Joni Ernst (Iowa), are once again calling on the administration to deny Raisi a visa, charging that his “involvement in mass murder and the Iranian regime’s campaign to assassinate U.S. officials on American soil make allowing Raisi and his henchmen to enter our country an inexcusable threat to national security.”

The senators noted that there have been precedents in denying U.N.-related visas.

In 2020, the Trump administration barred then-Iranian Foreign Minister Javad Zarif from taking take part in a U.N. Security Council meeting in New York, a year after imposing stringent restrictions limiting the movement of Zarif and other Iranian diplomats around the U.N. quarter.

In 2014, the Obama administration signed into law legislation preventing newly-named Iranian Ambassador Hamid Aboutalebi – who was linked to the 1979 American Embassy hostage crisis – from taking up his post at the U.N.

And in 1998 the Reagan administration denied PLO Chairman Yasser Arafat a visa because of his “associations with terrorism.” (The General Assembly responded by voting to hold a special session in Geneva, which Arafat attended and addressed.)