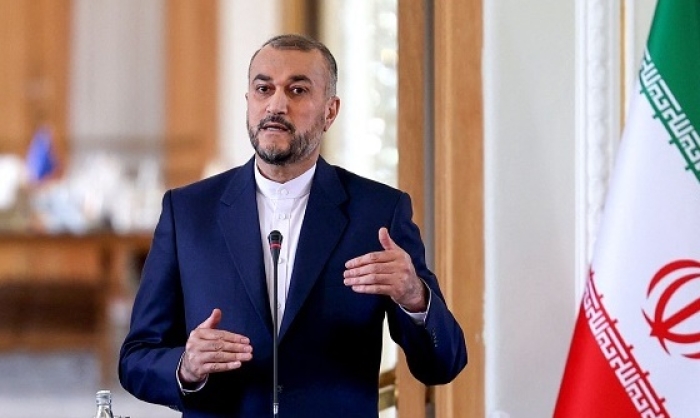 (CNSNews.com) – The Iranian regime said late Monday it had submitted its written response to a draft deal on the table designed to salvage the 2015 nuclear agreement, calling for flexibility from the U.S. and warning that it, too, had a “plan B” in the event the process fails.

The proposal from Iran was reportedly sent to the European Union coordinator of the talks which, since April last year, have sought to map a path back to compliance with the Joint Comprehensive Plan of Action (JCPOA), for both Iran and the U.S.

President Trump exited the Obama-era accord in 2018, and the Biden administration has made its revival a top foreign policy priority, contending that doing so would be the most effective way to prevent a nuclear-armed Iran.

Earlier Monday, Iranian Foreign Minister Hossein Amir-Abdollahian said the written response would be submitted to the E.U. by midnight local time, “to see what feedback it will have and what reaction the U.S. will give.”

“There are three issues that, if resolved, we can reach an agreement in the coming days,” he said, without elaborating. “Like Washington, we have our own plan B if the talks fail.”

The State Department has declined to discuss the substance of the negotiations in Vienna, but spokesman Ned Price said again on Monday that the regime has during the process tried to introduce issues “extraneous” to the JCPOA.

“Every time they have done that, we have made very clear that the JCPOA is about one thing and one thing only: it’s about Iran’s nuclear program,” he told a briefing.

Price said the administration believes, as the E.U. coordinator has said, that everything that could be negotiated in Vienna has now been negotiated.

“We’re prepared to effect a mutual return to compliance with the JCPOA,” he said. “We will find out if Iran could say the same.” 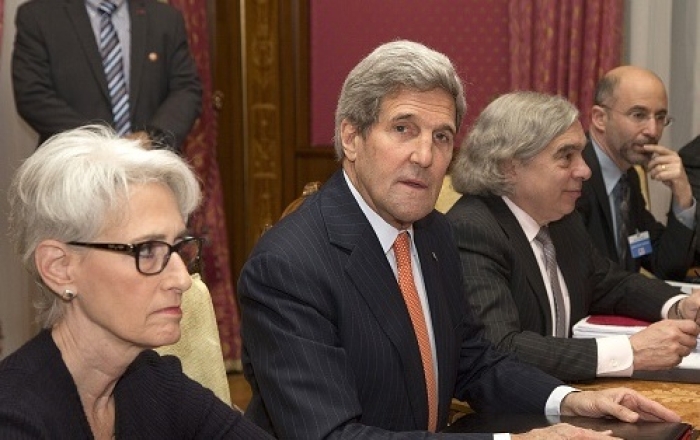 ‘Who in Congress will vote to repeal sanctions?’

The JCPOA “adoption day” was October 18, 2015. Under the deal’s original timetable, eight years later – Oct. 18 next year – will be “transition day,” when a broad swathe of U.S. sanctions that were suspended under the agreement (before Trump restored them), must be completely terminated, a step that will require congressional action.

Richard Goldberg, a senior advisor at the Foundation for Defense of Democracies and former National Security Council official, summarized the uphill battle ahead on that issue.

“The JCPOA requires U.S. to seek repeal of statutory sanctions on Iran next year,” he tweeted. “Iran will ask Biden for assurances on this. How on earth can such assurances be provided? Who in Congress will vote to repeal sanctions? And what will Iran do next October when Congress doesn’t?”

Price was asked at the briefing about Iran’s expectation that the U.S. will honor the “transition day” commitment, which will require Congress to go along.

“Are you in a position to be able to offer – to promise Iran that on ‘transition day’ these statutory sanctions will be repealed by Congress?” a reporter asked. He recalled that the Obama administration had been unable to make such a promise, and so had said only that it would seek congressional repeal of those measures.

Price said the administration has consulted closely with Congress, and will continue to do so.

He reiterated that the basic formula that was at the heart of the JCPOA remains the same today: “In return for Iran placing verifiable and permanent limits on its nuclear program, we would lift sanctions on that nuclear program.”

Congressional critics of the JCPOA – mostly Republicans, but also some Democrats – have warned the administration repeatedly that any agreement not approved by Congress will not survive.

The disclosure of an alleged regime plot to kill former National Security Advisor John Bolton and threats against other former Trump administration officials, is likely to only harden the opposition.

“The administration’s priority needs to be protecting Americans, not negotiating a flawed nuclear deal,” said House Foreign Affairs Committee ranking member Rep. Michael McCaul (R-Texas), pointing both to the Bolton plot and the attempted murder in New York state of author Salman Rushdie, who has lived for 30 years under the threat of a death sentence edict issued by the Islamic Republic’s founding ayatollah.

“I urge the administration to finally withdraw from talks and shift its focus to compelling Iran to stop its malign activities,” McCaul said. “American lives depend on it.”

For his part, Bolton argued that the Iranian regime’s anti-U.S. terrorism should “bury” the JCPOA once and for all.

“By failing to grasp the wider scope of Iran’s menace, and plainly failing to deter it, Biden’s dangerous effort to resurrect the nuclear deal is threatening America’s larger interests,” he wrote in a Washington Post op-ed.

“Substantive arguments against the 2015 agreement and the concessions Biden has made over nearly 19 months in office should already suffice to bury the deal, but the broader threat Iran now raises should be the final nail in its coffin.”

After Biden Waives Iran Sanctions, Senators Remind Him They Must Sign Off on Any Deal (Feb. 8, 2022)