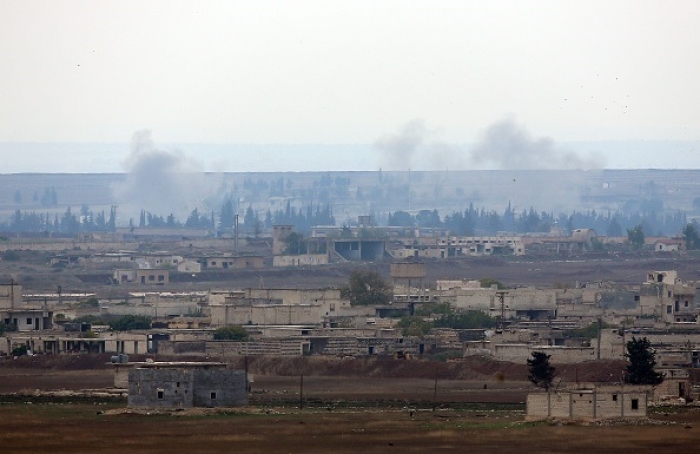 (CNSNews.com) – With Turkish leaders warning of an imminent military ground operation into northern Syria, the Pentagon said on Tuesday U.S. forces deployed there have reduced the number of joint patrols with their Syrian Kurdish allies – the targets of Turkey’s threatened invasion.

However, the U.S. has not withdrawn troops from the area, where around 900 are stationed in an ongoing mission, in partnership with the Kurdish-led Syrian Democratic Forces (SDF), to degrade the ability of the ISIS terrorist group to reemerge as a serious threat.

“We’ve not redeployed any of our folks. We continue to stay very focused on countering the ISIS threat,” Pentagon press secretary Patrick Ryder told a briefing. “And so no diminished capability in terms of that. But again, reduced patrols at this time.”

Ryder said the reason the patrols have been reduced is because they take place jointly with the SDF, and the SDF has reduced its number of patrols.

SDF leader Gen. Mazloum Abdi told journalists in an online press call that his forces have had to suspend operations against ISIS to prepare for what they fear is an imminent Turkish military operation.

Turkish President Recep Tayyip Erdogan regards a leading component of the SDF, the Kurdish People’s Protection Units (YPG), as a terrorist group. The threatened military operation comes after a deadly November 13 bombing in Istanbul that Erdogan blames on the YPG. The Kurdish militants deny the accusation.

In parallel to the air campaign, Turkish leaders have been signaling that a ground offensive could begin at any time.

Erdogan spokesman and advisor Ibrahim Kalin told a pro-government television channel on Tuesday that a ground operation “could take place tomorrow, next week, earlier, later, or at any moment.”

Ryder declined to “get into specific intelligence” assessments regarding whether the Turks were about to launch a ground offensive, but said “we certainly hope they do not.”

He warned that such an operation “would severely jeopardize the hard-fought gains that the world has achieved against ISIS and would destabilize the region.”

Ryder said the U.S. does “recognize Turkey’s legitimate security concerns regarding terrorist acts that have occurred within its own borders.”

But, without referring directly to Turkey’s claims about the SDF/YPG, he implied that the fight against ISIS should be prioritized.

“We would hope that there will be restraint, and that we can, again, as a – as a coalition focus on the bigger threat at hand here, which is defeating ISIS.”

In the weekend press call, Abdi called on the U.S. government to speak out more strongly against the Turkish aggression.

“We asked them to have a stronger position and we believe that their position will be stronger,” he said.

Statements issued by the U.S. in response to the Turkish air offensive include one by Ryder and one by State Department spokesman Ned Price, both on November 23.

Both acknowledged Turkey’s “legitimate security concerns” but called for “immediate de-escalation” in northern Syria, warning of the potential negative impact on the counter-ISIS mission.

Ryder said on Tuesday that the Department of Defense maintains regular communication with the Turks, including at the U.S. Central Command level. Defense Secretary Gen. Lloyd Austin plans to talk to his Turkish counterpart “in the very near future,” he added.

Against the backdrop of the broader Syrian civil war, Turkey has launched offensives into northern Syria several times since 2016, in a bid to weaken Kurdish forces linked to the outlawed Kurdistan Workers’ Party (PKK), a group waging a separatist struggle with the Turkish state for more than three decades.

During the 2019 operation, President Trump drew criticism for a decision to move U.S. troops in the area out of the way ahead of the looming offensive – although not out of Syria altogether. Critics said the move amounted to abandoning the Kurdish allies and could result in a resurgence of ISIS.

The Trump administration did impose sanctions against three senior Turkish government ministers and Ankara’s defense and energy ministries over the offensive.