Russian President Vladimir Putin addresses the foreign minstry board in Moscow on Thursday. (Photo: The Kremlin)

“Our Western partners are exacerbating the situation by supplying Kyiv with modern lethal weapons, conducting provocative military exercises in the Black Sea and other regions close to our borders,” Putin said in a speech to foreign ministry personnel.

“With regard to the Black Sea, this even goes beyond certain limits since strategic bombers, which carry very serious weapons, fly at a distance of only 20 kilometers from our state borders,” he added.

Putin said Russia continually voices its concern about such actions and talks of its “red lines.”

“But, of course, we understand that our partners are very peculiar and, to put it mildly, do not take all our warnings and talks on red lines seriously.”

U.S. Navy ships have been holding multinational drills in the Black Sea this month, and last month a pair of U.S. B-1B strategic bombers flew over the strategic waterway.

Russia scrambled fighter jets to “escort” the bombers and ensure they did not breach Russian airspace, the defense ministry said at the time.

Putin’s lengthy address to the expanded meeting of Russia’s foreign ministry board covered the globe, but his assessments of relations with the United States, Europe and NATO were particularly pessimistic; he used the word “depressing.”

He complained about both NATO’s eastward expansion and its recent expulsion of Russian diplomats from Brussels, saying the transatlantic alliance was displaying “an outspokenly confrontational attitude and stubbornly [bringing] its military infrastructure closer to our borders.”

The West had “absolutely ignored” Russia’s “concerns and warnings” about the risks of NATO’s enlargement, Putin said.

“There have been several waves of expansion, and let’s look at where the military infrastructure of the NATO bloc is now: anti-missile defense systems have been deployed right next to our borders in Romania and Poland.”

Putin said replacing the software to turn the anti-missile defense systems into offensive weapons could be done in a matter of minutes. 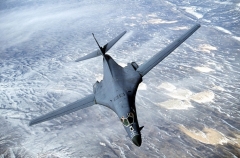 Then, acknowledging a skeptical reaction to those words from his audience, he conceded that Russia was “dealing with, to put it mildly, not very reliable partners who can easily backtrack on any previous agreement.”

“Nevertheless, as difficult as it may be, we need to work on this, and I want you to keep that in mind.”

Putin described relations with the U.S. as unsatisfactory – “to put it mildly” – but said his summit with President Biden in Geneva in June had opened up some opportunities for dialogue and “straightening out our relations.”

“True, our interests, assessments, and positions on many bilateral and international issues differ,” he said. “Sometimes the difference is dramatic. However, I would like to say this again, we are open to contact and an exchange of views, to a constructive dialogue.”

‘Out of the blue’

Since the end of the Cold War NATO has undergone several rounds of expansion into areas formerly under communist domination: Poland, Hungary and the Czech Republic joined in 1999; Romania, Bulgaria, Estonia, Latvia, Lithuania, Slovenia and Slovakia became members in 2004; Albania and Croatia joined in 2009, followed by Montenegro in 2017 and Macedonia last year.

While the Kremlin has long objected to the expansion, its opposition to Ukraine and Georgia joining the alliance has been especially hostile, a key factor in Russia’s invasion of Georgia in 2008 and its military intervention in Ukraine since 2014.

Because of the sensitivities NATO allies – especially those in Europe dependent on Russian energy supplies – have since 2008 failed to agree to even put Ukraine and Georgia onto a formal path towards membership.

Tensions around Ukraine have been growing again in recent weeks with signs of a new Russian military buildup near the border.

“We are monitoring closely recent Russian military movements on your borders,” Austin said. “We’ve made clear our concerns about Russia’s destabilizing activities and our desire for more transparency.”

In his speech Putin, not for the first time, blamed Kyiv for a lack of progress in implementing a peace deal covering eastern Ukraine, where government forces have been fighting Russian-backed separatists since 2014.

On the diplomatic front, Putin slammed NATO for expelling diplomats from Russia’s observer mission to the alliance in Brussels last month.  Russia retaliated by suspending the mission’s operations, ordering the suspension of NATO’s military liaison mission in Moscow and the closure of an information office.

“Out of the blue, they expelled our diplomats without providing any reason for doing so, and then they take offence at us closing their mission in Russia,” Putin said. “Why take offence? This was their initiative.”

Putin said Russia was “not desperate” to cooperate with NATO, but said the alliance was now signaling that it would like to do so again.

“But why did they expel our diplomats just like that, out of the blue, for no reason? Is it some kind of sport for them?”

NATO Secretary-General Jens Stoltenberg attributed the decision to expel the Russian diplomats to “an increase in Russian malign activity” in Europe.