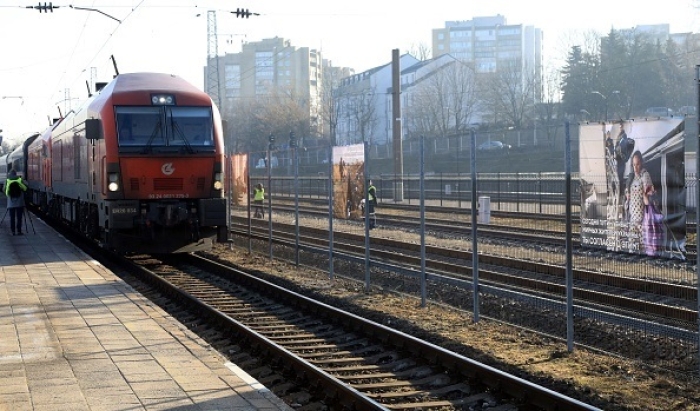 (Update: State Department spokesman Ned Price on Tuesday declined to give “additional airtime” to Russian “saber-rattling” regarding Lithuania, but underscored that it is a NATO ally and said the U.S. commitment to the alliance’s article five mutual defense guarantees “is ironclad.”)

(CNSNews.com) – Russia warned Monday that it would take action to protect its national interests if Lithuania did not reverse a decision to bar the transit by rail of certain items destined for Kaliningrad, the small Russian exclave that is separated from the rest of the country by the Baltic states.

A new potential flashpoint between Moscow and NATO emerged when Lithuania, citing incoming European Union sanctions on Russian steel and other ferrous metals, said those items could no longer be transported across its territory to Kaliningrad.

Russia’s foreign ministry said it summoned a senior Lithuanian diplomat and informed her Russia viewed the actions as “openly hostile.”

It said the ministry had informed charge d’affaires Virginija Umbrasiene “that if in the near future cargo transit between the Kaliningrad region and the rest of the territory of the Russian Federation through Lithuania is not restored in full, then Russia reserves the right to take actions to protect its national interests.”

Kremlin spokesman Dmitry Peskov said the decision was “in violation of everything,” and that Russia would analyze the situation before taking retaliatory measures.

The governor of Kaliningrad, Anton Alikhanov, claimed earlier that the restriction would impact 40-50 percent of goods moving between the region and the rest of Russia.

But Lithuania’s foreign ministry denied Russian diplomats’ insinuations that the move amounted to a “blockade.”

“The transit of passengers and non-sanctioned goods to and from the Kaliningrad region through Lithuania continues uninterrupted,” it said in a statement.

The ministry added that Lithuania was acting to implement E.U. sanctions as each round entered into force – the steel sanctions came into effect on June 17 – and had not imposed any additional or unilateral restrictions on transit to and from Kaliningrad.

E.U. foreign policy chief Josep Borrell also denied that a blockade was being implemented, saying the restrictions only apply to goods on the E.U. sanctions list.

“There is no blockade. The land transit between Kaliningrad and other parts of Russia has not been stopped or banned,” Borrell told reporters after a meeting of E.U. foreign ministers. “Transit of passengers and goods that are not sanctioned continues.”

“Lithuania is doing nothing else but implementing the guidelines provided by the [E.U.] Commission,” he added.

Still, over the coming months more and more goods will be affected:  E.U. bans on Russian imports will target wood, cement, fertilizers, seafood, and liquor from July 10; coal and other solid fossil fuels from August 10; and crude oil from December 5.

Kaliningrad (pop. 440,000) is a Connecticut-sized piece of territory sandwiched between Lithuania, Poland, and the Baltic Sea. 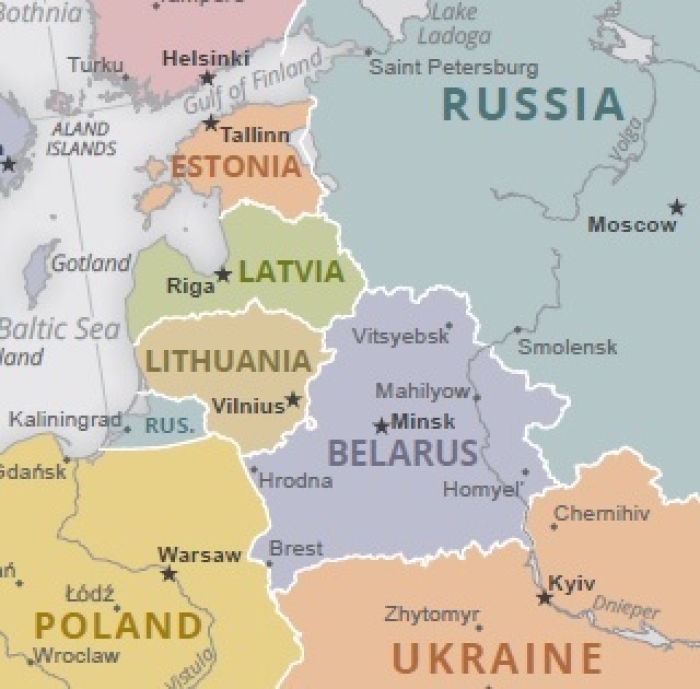 When the collapse of the Soviet Union saw the Baltic states become independent – and eventually join the E.U. and NATO – Kaliningrad was left cut off from the rest of Russia.

It remains one of Russia’s most strategically-located regions, and home to its Baltic Fleet. In 2016 the Kremlin began stationing nuclear-capable, mobile-launched Iskander ballistic missiles in Kaliningrad, a move which the U.S. at the time called “destabilizing to European security.” With a range of up to 250 miles the missiles could potentially hit targets in Poland, Lithuania, Latvia, and southern Sweden.

Kaliningrad-bound trains from Russia transit Belarus and then cross Lithuania – a trip of around 120 miles – before reaching the exclave.

Even if rail links were severed completely, Kaliningrad is and still would be accessible by sea (a 600-mile voyage from ports in the St. Petersburg region) and by air (although since E.U. countries closed their airspace to Russian aircraft, flights must take a longer route over the Baltic Sea).

On Monday Alikhanov, the governor, said on his Telegram channel that the transportation of incoming goods would be rearranged, with sanctioned items coming in by sea, and non-sanctioned ones by rail. He urged citizens not to stockpile.

As Lithuania and its Baltic neighbors, Estonia and Latvia, moved towards joining the E.U. in 2004, the E.U. agreed with Russia on procedures covering future access and transit to Kaliningrad.

According the Lithuanian national radio and television, about 100 trains ferrying goods and passengers transit Lithuania between Belarus and Kaliningrad each month.

With their history of Soviet domination the Baltic states and neighboring Poland are among E.U. and NATO members most concerned about Russian policies, and most supportive of Ukraine in the face of the invasion.

Ukrainan Foreign Minister Dmytro Kuleba on Monday in turn expressed support for Lithuania in the face of the Russian warnings.

“Russia has no right to threaten Lithuania,” he said. “Moscow has only itself to blame for the consequences of its unprovoked and unjustified invasion of Ukraine. We commend Lithuania’s principled stance and stand firmly by our Lithuanian friends.”

NATO has multinational battalion-sized battlegroups in each of the Baltic states and Poland. Next week’s NATO summit in Madrid is expected to make decisions on requests by Lithuania and others for a greater troop presence on the alliance’s eastern flank.