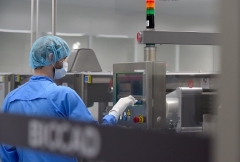 (CNSNews.com) –  Russia is denying allegations of a state-sponsored cyberattack designed to steal Western coronavirus vaccine secrets, calling them an attempt to “tarnish” its own candidate vaccine, which it claims is far advanced.

Security agencies in the U.S., Britain, and Canada issued a joint advisory on Thursday charging that a cyber espionage group, “almost certainly part of the Russian intelligence services,” is targeting vaccine research and development institutions in the three countries, “highly likely with the intention of stealing information and intellectual property relating to the development and testing of COVID-19 vaccines.”

British Foreign Secretary Dominic Raab in a statement called on the Russian perpetrators to stop.

“It is completely unacceptable that the Russian intelligence services are targeting those working to combat the coronavirus pandemic,” he said. “While others pursue their selfish interests with reckless behavior, the U.K. and its allies are getting on with the hard work of finding a vaccine and protecting global health.”

Scientists around the world are racing to find a vaccine to stop a pandemic that has been blamed for more than 589,000 deaths and global economic chaos.

Last May, the FBI and Department of Homeland Security’s Cybersecurity and Infrastructure Security Agency (CISA) warned that China-affiliated cyber actors were trying to steal vaccine data. Beijing denied it, claiming that it was far ahead of the U.S. in vaccine research.

Now CISA and the National Security Agency, together with Britain’s National Cyber Security Centre (NCSC) and the Canadian Communication Security Establishment, have issued the warning about Russia.

It advisory identified the group behind the attacks as APT29 (APT stands for “advanced persistent threat”), also known as “CozyBear” or “The Dukes,” and provided technical data on the techniques used, including spear-phishing and the use of custom malware.

Cybersecurity experts have in the past blamed the same Russian group for hacking White House, State Department, and Joint Chiefs of Staff networks in 2015, and the Democratic National Committee’s computer systems during the 2016 election campaign.

According to the World Health Organization, out of more than 160 COVID-19 vaccines in development, 23 are undergoing clinical evaluation, with two of them – one being developed by Oxford University and AstraZeneca, the other by China’s Sinopharm – having reached the “phase III” final stage of human trials. The Moderna Inc. candidate in the U.S. is close behind. 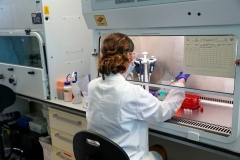 Britain’s Daily Telegraph reported that the Oxford University/AstraZeneca team is believed to be one of the targets of the cyber-theft operation.

“We have no information on who could have hacked pharmaceutical companies and research centers in the U.K.,” he told reporters. “We can say only one thing: Russia has nothing to do with these attempts.”

Pro-Kremlin media quoted the CEO of Russia’s RDIF sovereign wealth fund – a partner in the Russian COVID-19 candidate vaccine, which is being developed by Moscow’s Gamaleya Institute – as saying the allegations were an attempt to “tarnish the reputation of the Russian vaccine.”

Kirill Dmitriev said those making the allegation were worried because the Russian vaccine “could potentially be the first on the market and it potentially could be the most effective.”

According to the WHO data, the Russian vaccine has yet to complete phase II trials, although the developers said this week it expects to do so and begin phase III trials by mid-August.

‘Trying to steal it from Western democracies’

On their social media accounts, Russia’s foreign ministry and diplomatic missions in the U.S. and Canada highlighted Dmitriev’s comments.

“Russian #COVID-19 cure and vaccine are almost ready to be approved and released for use to stop the pandemic,” read one tweet. “No wonder we witness the #blameRussia #RussiansDidIt cyber #Hoax by [Britain, Canada and the U.S.] willingly supported by the mainstream media industry. Weak and myopic.”

Russian foreign ministry spokeswoman Maria Zakharova pointed to the phrase “almost certainly” in the joint security alert (which stated that the perpetrators were “almost certainly part of the Russian intelligence services.”)

She recalled British authorities had used a similar term – “highly likely” –  in the past when leveling accusations at Russia.

(In 2018 then-Prime Minister Theresa May told lawmakers the government had concluded it was “highly likely that Russia was responsible” for the attempted murder of former Russian spy Sergei Skripal.)

Zakharova said it appeared that “highly likely” had now been replaced by a new formula, “almost certainly” – but Britain’s tactic remains the same.

In the probability yardstick used by British intelligence agencies, “almost certain” is defined as 95 percent-plus probability, while “highly likely” is 80-90 percent.

Secretary of State Mike Pompeo in a Fox News interview declined to comment on the intelligence relating to alleged Russian culpability.

“I regret that other countries, instead of working the project and using their best minds and talents to solve this problem, are trying to steal it from Western democracies who are making real progress on these very vaccines,” he said.

See also:
Rejecting FBI Hacking Claims, Beijing Says it’s Ahead of the US in Vaccine Research (May 15, 2020)