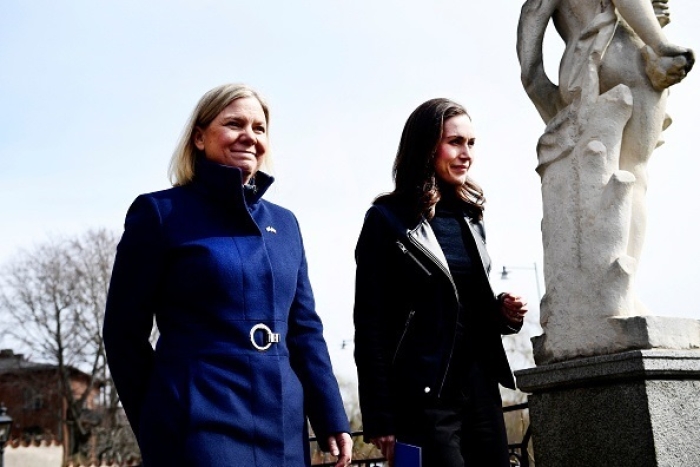 (CNSNews.com) – As Finland and Sweden consider applying to join NATO in the coming months, Moscow is warning that abandoning their longstanding neutrality will attract a Russian response, including the deployment of nuclear weapons in their neighborhood.

The Finnish and Swedish prime ministers, Sanna Marin and Magdalena Andersson, indicated at a joint press conference in Stockholm on Wednesday that their countries, members of the European Union but not NATO, will consider applying to join the transatlantic alliance soon. Marin said Russia’s invasion of Ukraine has changed “everything.

A Russian response came from Dmitry Medvedev, the former president and prime minister who is deputy head of President Vladimir Putin’s Security Council and only heads the pro-Kremlin United Russia Party.

“If Sweden and Finland join NATO, the length of the alliance’s land border with Russia will more than double,” the TASS state news agency quoted him as saying in a Telegram post. “Naturally, it will be necessary to strengthen these borders.”

In such a scenario, Medvedev said, the security balance in the area will have to be restored, and “there can no longer be talk about the Baltic’s non-nuclear status.”

“Until today, Russia has not taken such measures, nor was it going to do so,” he said, suggesting that it may be “forced” to do so.

Joining NATO would come at a high cost for the Finnish and Swedish people, Medvedev warned.

“Nobody in their right mind wants higher prices and taxes, mounting tension along the borders, Iskanders, hypersonic weapons or ships with nukes a stone’s throw from their house,” he wrote.

“Let’s hope that the common sense of our neighbors eventually prevails.”

The reference to Iskanders was noteworthy.

Known by NATO as the SS-26, the Iskander is a nuclear-capable tactical missile with a range of up to 250 miles. Since 2016 Russia has deployed Iskanders in its westernmost territory, the exclave of Kaliningrad, wedged between Poland, Lithuania, and the Baltic Sea.

Against that background, Medvedev’s references to “the Baltic’s non-nuclear status” raised eyebrows in Lithuania, where Defense Minister Arvydas Anusauskas pointed out that Russia has for years deployed nuclear weapons in Kaliningrad, “100 kilometers away from the Lithuanian border.”

Finland and Russia share an 800-mile border and, as Medvedev noted, should Finland join the alliance its borders with Russia would more than double in length.

(Currently, Russian territory adjoins that of Latvia, Estonia, and Norway – as well as Poland and Lithuania, if Kaliningrad is taken into account – borders totaling around 700 miles.) 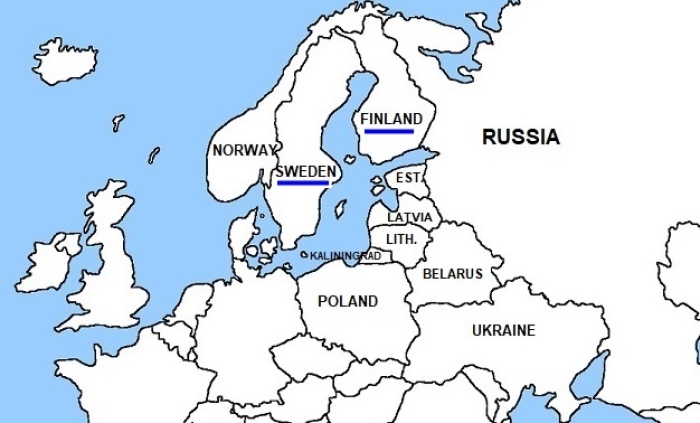 Medvedev’s warnings were echoed by Russian Deputy Foreign Minister Alexander Grushko, who told TASS that given the long shared border, Finland joining NATO “will mean a radical change in the military and political situation and it is understandable that we will be forced to take security and defense measures.”

Grushko said the neutral status of Finland and Sweden had for many years “ensured a very high level of their security, and generally the security in that region that had been a region of peace and cooperation.”

The current situation must be preserved, he said, “otherwise this will seriously worsen the military situation and bring about the most undesirable consequences that need to be avoided.”

The Kremlin has long painted NATO’s eastward expansion as a serious security threat, with a particular focus on Ukraine.

The former Soviet state’s hopes to join NATO have been on hold since the alliance in 2008 agreed in principle that it, together with Georgia, “will join” at some unspecified future date.

Their aspirations have been dogged both by the reluctance of some allies to antagonize Russia and by domestic challenges including internal territorial conflicts – for which Russia, not coincidentally, is largely responsible.

By contrast Finland and Sweden are close partners of NATO, with their militaries enjoying high levels of “interoperability” with alliance forces.

(One index comparing the strength of armed forces in Europe puts Sweden in 8th place (out of 37), and Finland in 18th place. Ukraine, incidentally, is in 6th place.)

Dutch Defense Minister Kajsa Ollongren pointed out this week that the two Nordic countries meet NATO membership criteria, are democracies already working closely with the alliance, and not plagued by internal territorial disputes or corruption.

Joining NATO would be “a logical step” for both, she said, and expressed the hope that, should they apply, NATO would make a decide “as soon as possible.”

NATO accession has typically been a years-long process. It took Montenegro, Croatia, and Albania between seven and ten years from the time they were given “membership action plans” to the time they were admitted. Bosnia received its MAP in 2010 and has yet to join.

NATO’s “open door” policy allows membership for any country in the region that meets its criteria, on condition that each of the 30 allies approves.

“If they decide to apply, I expect that all allies will welcome them,” NATO Secretary-General Jens Stoltenberg told reporters in Brussels last week.

“We have worked together for many years, we know that they meet the NATO standards when it comes to interoperability, democratic control over the armed forces,” he said. “We know that they can easily join this alliance if they decide to apply.”

As to whether the alliance would be able to offer the two any form of security guarantee in the time between their application and formal accession, Stoltenberg said, “I’m certain that we will find ways to address concerns they may have regarding the [interim] period.”

Asked Thursday if the U.S. was concerned that Sweden and Finland joining NATO may prompt Russia to escalate, State Department spokesman Ned Price said that – without speaking about any specific aspiring member – “we would not be concerned that the expansion of a defensive alliance would do anything other than promote stability on the European continent.”