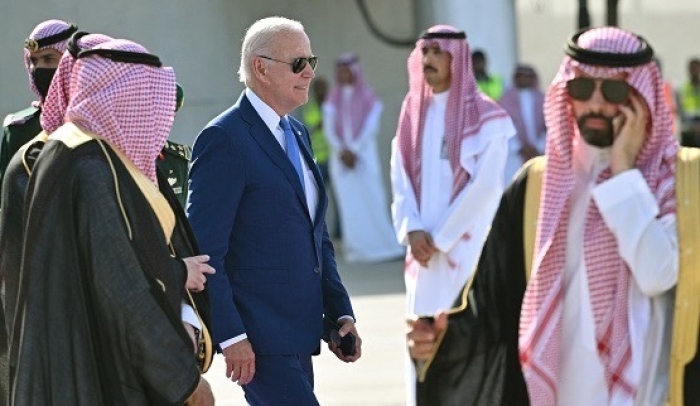 (CNSNews.com) – State Department spokesman Ned Price said Tuesday that U.S. partners in the Gulf states and Israel who were “not wild” about the Iran nuclear deal when it was concluded in 2015 “have over the years changed their tune,” and were now supportive.

The broad claim during a daily press briefing prompted a pushback, and when pressed to back it up, Price referred to one statement from the Gulf Cooperation Council (GCC) last November.

With regard to the Israelis, Price said that “senior officials within Israel, including its security establishment” have made the case that the Trump administration’s decision to withdraw from the Joint Comprehensive Plan of Action (JCPOA) in 2018 was “disastrous.”

Associated Press reporter Matt Lee challenged Price to point to any statement to that effect from elected Israeli leaders. He also asked Price to cite any statement from GCC states that went beyond what he called their “tepid acceptance” of the Obama-era deal in 2015.

The one specific statement that Price did mention came out of a meeting last November between U.S. special envoy for Iran Robert Malley and senior officials from the six GCC nations – Saudi Arabia, United Arab Emirates, Oman, Kuwait, Yemen, and Bahrain.

It voiced support for talks in Vienna aimed at reviving the JCPOA and linking it to the need to deal with other areas of malign Iranian behavior in the region.

The statement said the participants “called for an urgent mutual return to full compliance with the JCPOA, that would help pave the way for inclusive diplomatic efforts to address all issues that are necessary to ensure sustainable safety, security, and prosperity in the region.”

More recent interactions with the Gulf states – President Biden’s talks with the Saudis and GCC leaders in Jeddah last month – produced far vaguer public language, however, in neither case offering specific support for the JCPOA:

“The kingdom of Saudi Arabia and the United States stressed the importance of preventing Iran from acquiring a nuclear weapon,” read the U.S.-Saudi communique, while the U.S.-GCC statement underscored “the centrality of diplomatic efforts to prevent Iran from developing a nuclear weapon, and for confronting terrorism and all activities that threatens security and stability.”

In 2018, both Saudi Arabia and the UAE publicly welcomed Trump’s decision to exit the JCPOA.

Since April last year the Biden administration and the Iranian regime have been engaged in indirect talks – with the E.U. acting as go-between – in a bid to return both parties to compliance with the JCPOA, which placed curbs on Iran’s nuclear program in return for sanctions relief.

Iran late Monday submitted its response to the latest proposal to the E.U., and Price said the U.S. was now “studying” it.

The last time representatives of the Gulf states addressed the international community, at the U.N. General Assembly in New York last fall, they voiced hope that efforts to prevent a nuclear-armed Iran would succeed, but none of the six expressed support for the 2015 deal specifically.

The only one to mention the JCPOA directly – and not in a complementary way – was UAE Minister of State Khalifa Al Marar, who declared that “any future agreement with Iran must address the shortcomings of the Joint Comprehensive Plan of Action and must involve the countries of the region.”

As for the Israelis, as referred to by Price, some members of its “security establishment” have questioned the wisdom of withdrawing from the JCPOA – among them former defense ministers Moshe Ya’alon and Ehud Barak. (They both also opposed the 2015 agreement itself, with Barak calling it “a historic mistake” and “terrible.”)

But the three Israeli prime ministers who have been in office since the deal was struck, Binyamin Netanyahu, Naftali Bennett, and Yair Lapid, have unambiguously opposed the agreement.

In his remarks on Tuesday, Price said, “A number of our partners who were, to put it mildly, not wild about the JCPOA in 2015 and 2016, have over the years changed their tune on the JCPOA.”

“I would point to our partners in the Gulf,” he continued, citing Malley’s GCC engagements as well as Biden’s recent meetings in Jeddah.

“We’ve seen senior officials within Israel, including its security establishment, make a very similar case, that it was a disastrous decision on the part of the last administration to walk away from the JCPOA, and to make the case that the JCPOA is now the best alternative to the specter of an Iranian nuclear weapon,” Price continued.

“Really?” asked Lee. “The Israeli security establishment and the members of the Gu – in the GCC, um, sorry, where – where have they come out in support of this?”

“I can point you to a public statement that emanated from Rob Malley’s engagement with the GCC, I believe it was last year,” said Price, apparently referring to the November statement.

“Can you point me to a statement from former Prime Minister Bennett or current Prime Minister Lapid in support of this?” Lee asked, while Price interjected, “that’s not what I said.”

“Can you point me to a statement from the GCC, from any member of the GCC that is more than the tepid acceptance of the JCPO in 20 – the JCPOA in 2015 than they offered, when they were really opposed and they just kind of said, went along with it as a favor to president – then President Obama?” Lee asked.

“I’ll let their statement speak for itself,” Price said.