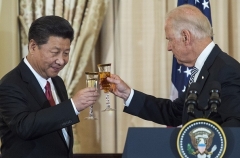 (CNSNews.com) – National Security Advisor Jake Sullivan’s assertion that the Biden administration, in a shift from “previous approaches,” is not trying to transform “the Chinese system” brought a cautious welcome on Monday from a Chinese Communist Party mouthpiece.

It attributed the move to a U.S. recognition of reality, however, rather than a change of heart.

Asked by CNN’s Fareed Zakaria on Sunday if the administration is trying to “change China,” Sullivan indicated that it was not.

“I think one of the errors of previous approaches to policy towards China has been a view that through U.S. policy, we would bring about a fundamental transformation of the Chinese system,’ he said. “That is not the object of the Biden administration.”

“The object of the Biden administration is to shape the international environment so that it is more favorable to the interests and values of the United States and its allies and partners to like-minded democracies,” Sullivan continued. “It is not to bring about some fundamental transformation of China itself.”

Sullivan reiterated the U.S. position on the importance of major powers abiding by “the rules of the road,” with “an open, fair, free Indo-Pacific region,” and with norms that are enshrined in the universal declaration of human rights.

“The goal here is not containment, it’s not a new Cold War. It is rather a favorable disposition of how the United States and its allies and partners can shape the international rules of the road on the sorts of issues that are fundamentally going to matter for the people in our country and the people everywhere.”

The list of issues dividing the U.S. and China is long, and included trade and cyber disputes, tensions over Taiwan and the South China Sea, Beijing’s stifling of democracy in Hong Kong, mass-scale rights abuses in Xinjiang, rivalry in multilateral institutions, and differences over the origins and handling of the coronavirus pandemic. 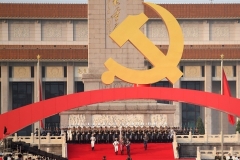 But there has been minimal interaction at the top level. President Biden has been unable to meet with Chinese President Xi Jinping – who has not traveled beyond China’s borders since the pandemic began – although at the Zurich meeting Sullivan and Yang agreed on a virtual Biden-Xi summit before year’s end.

Reacting to Sullivan’s remarks on the administration not trying to change China, Global Times, a CCP organ, said they could help to ease bilateral tensions.

“[W]e should ask the U.S. to put that statement into action and reduce its political interference in China’s internal affairs,” it said, underlining a doctrine that is central to China’s approach to international relations.

The paper said in an editorial that the U.S. desire to “transform China” has been driven by a “consistent prejudice against socialism,” as well as the goal of trying to “dismantle the engine of China’s emergence, and break up China's mobilization and unity.”

It said Sullivan made the statement not because the U.S. has lost the will to change China, but because it has reluctantly come to the realization that it is unable to do so.

“What has prompted the U.S. to make such an adjustment is China’s continued success and its increased political confidence that goes along with it,” it said.

“As China will continue to maintain its willpower and momentum of growth, the U.S.’ ambitions to encircle and suffocate China will be dismantled.”