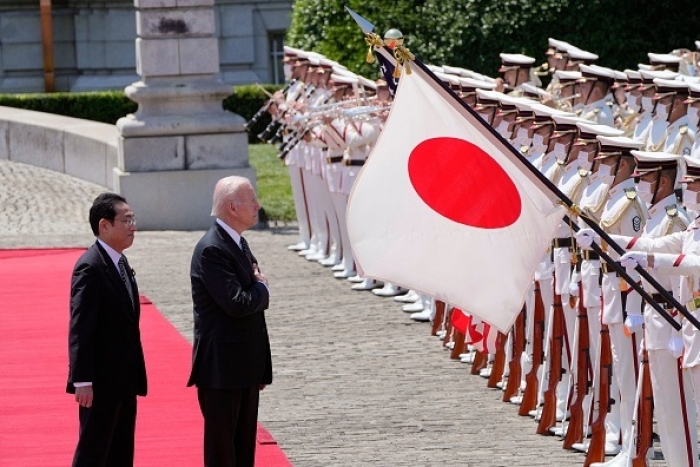 (CNSNews.com) – The Taiwanese government expressed regret Sunday that the Biden administration has chosen to exclude it from its new Indo-Pacific economic framework (IPEF), a key regional initiative being launched by President Biden in Japan on Monday.

“As an important economy that plays a crucial role in the global supply chain, Taiwan is definitely qualified for inclusion in the IPEF,” Taiwan’s Central News Agency quoted the island democracy’s foreign ministry as saying in a release.

It said that despite the setback, Taiwan would continue to actively seek opportunities to join the IPEF, while in the meantime also exploring ways to deepen the bilateral U.S.-Taiwan trade and investment relationship.

Ahead of Biden’s trip to the region, just over half of the U.S. Senate, Republicans and Democrats, had urged the president to include Taiwan in the initiative, after members of the administration indicated earlier that it may be left out.

National Security Advisor Jake Sullivan put the speculation to rest as Air Force One flew from South Korea to Japan on Sunday, confirming that “Taiwan won’t be part of the launch.”

Sullivan said the administration is “looking to deepen our economic partnership with Taiwan, including on high-technology issues, including on semiconductors and supply chains.”

“But,” he added, “we’re pursuing that, in the first instance, on a bilateral basis while we work with a range of other countries through the [IPEF].”

“For all the talk about IPEF as a club to counter China, it is notable that China was able to influence its membership,” commented Tobias Harris, a senior fellow for Asia at the Center for American Progress. “Why else would Taiwan, a crucial node in regional supply chains, be excluded?”

Taiwan is the world’s leading producer of semiconductors, which are critical components in virtually all modern electronic technology. It is also the ninth-largest goods trading partner of the United States.

A key element of the administration’s strategy to enhance its engagement in the region, the IPEF aims to foster cooperation in areas including supply chain resilience, clean energy, the digital economy, and labor standards. Supporters have called it a positive move in the direction of a comprehensive regional free trade agreement.

Sullivan said the list of countries that will be involved in the IPEF had been finalized. He rejected criticism from China that it was an exclusive or closed club, saying that the “breadth of participation” will show that its membership will be “very wide-ranging.”

He also said the U.S. envisaged that other countries would join the initial group in the months and years ahead.

China views Taiwan as a rebellious province, not an independent sovereign nation, and strongly opposes any form of diplomatic engagement or recognition by other governments or by multilateral institutions.

In the face of China’s hard-nosed diplomatic campaign to limit the island’s international space, supporters on Capitol Hill have been pushing for stepped up efforts to draw Taiwan in to regional U.S. initiatives.

“The more economic engagement U.S. and allies and partners have with Taiwan, the stronger our collective resilience against [Chinese] coercion,” the senators wrote in their letter to Biden.

Biden was due to announce the launch of the IPEF on Monday afternoon Tokyo time, after meeting with Japanese Prime Minister Fumio Kishida.

Launched in 2017, the Quad is a security partnership focused on countering China in the Indo-Pacific. Tuesday’s meeting of its leaders will be the fourth, but only the second in-person gathering.

Chinese foreign ministry spokesman Wang Wenbin, commenting Friday on both the Quad meeting and IPEF launch, said Beijing hoped the U.S. would “work with countries in the region to promote solidarity and cooperation in the Asia-Pacific, instead of plotting division and confrontation.”

“It should join efforts to foster an open and inclusive circle of friends in the Asia-Pacific, instead of putting together a closed and exclusive clique,” he said.

Any regional cooperation framework, Wang said, “should not target third parties or undermine their interests, and should not be decidedly selective or exclusive.”

Biden Heads to Asia, As Senators Press Him to Include Taiwan in New Regional Economic Partnership (May 19, 2022)