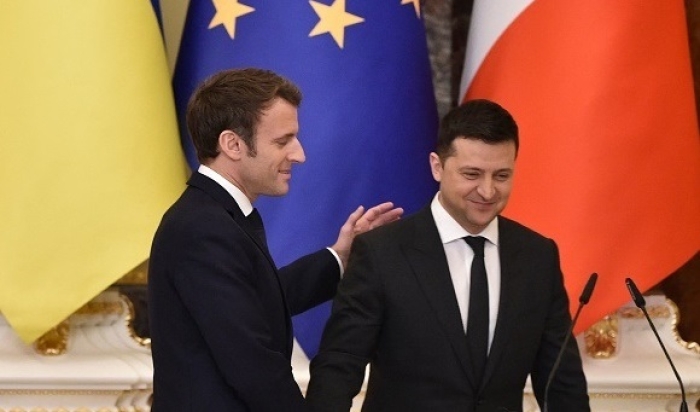 (CNSNews.com) – As Russian forces on Sunday targeted Kyiv with missiles for the first time in more than five weeks, Ukrainian politicians hit back at another call by French President Emmanuel Macron for the West not to “humiliate” Russia if a diplomatic solution to the war is to be achieved.

With President Vladimir Putin’s invasion of Ukraine now in its 102nd day, attempts to reach a negotiated settlement remain elusive – and on the mind of Macron, whose mediation efforts over recent months have yielded no evident progress.

In an interview Friday with French regional newspapers, he said while the Ukrainians deserve the support and respect of the West, “We must not humiliate Russia so that the day the fighting stops, we can build a way out through diplomatic channels.”

Macron said he had told Putin, during one of their many conversations, that the invasion of Ukraine was “a historic and fundamental mistake for his people, for himself and for history.”

“Nevertheless, Russia remains a great people,” he said. Putin had “isolated himself,” and it was difficult to know how to extricate oneself from such a situation.

“I am convinced that it is France's role to be a mediating power,” he declared.

It was not the first time Macron had raised the issue of “humiliation” in this context. He told the European Parliament last month that the time would come for a negotiated end to the war. 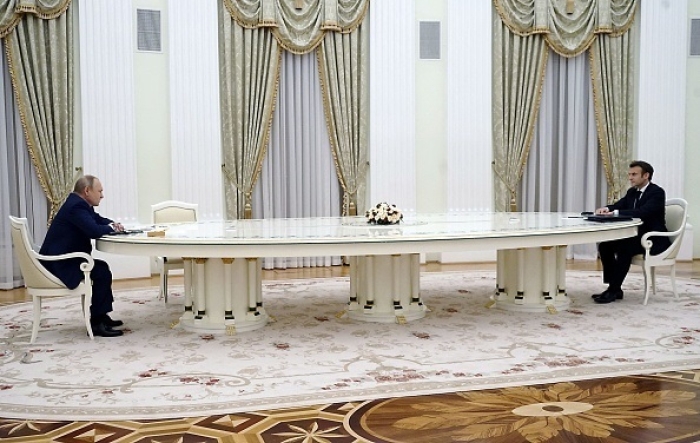 “The end of the discussion and the negotiation will be set by Ukraine and Russia,” he said. “But it will not be done in denial, nor in exclusion of each other, nor even in humiliation.”

Shortly after those remarks, Ukrainian President Volodymyr Zelenskyy disclosed in a television interview that Macron had appealed to him to be willing to concede some territory to Russia, to allow Putin to save face. (Macron’s office denied that he had asked Zelenskyy to agree to concessions.)

“Calls to avoid humiliation of Russia can only humiliate France and every other country that would call for it,” Ukrainian Foreign Minister Dmytro Kuleba tweeted.

“Because it is Russia that humiliates itself. We all better focus on how to put Russia in its place. This will bring peace and save lives.”

Mykhailo Podoliak, an advisor to Zelenskyy, commented, “While someone asks not to humiliate Russia, the Kremlin resorts to new insidious attacks. Today’s missile strikes at Kyiv have only one goal – kill as many Ukrainians as possible.”

“Each of such terrorist attacks must face a tough response from European capitals: more sanctions, more weapons,” Podoliak added.

Offering a few points for “Macron and his friends to think about,” Ukrainian lawmaker Lesia Vasylenko said in a series of tweets that no justice system in the world was based on talking to criminals.

“Aggression is a crime,” she said. “Under international law it is not enough to just stop it. Russia must actually admit its wrongdoings, apologize and pay. This is how responsibility of states works. It is not about humiliation. It’s about justice and prevention.”

Vasylenko said it was Putin who was humiliating himself and his nation.

“Whoever negotiates peace for Russia can bring back national dignity only by admitting the wrong, allowing the guilty to be brought to justice and begging forgiveness from the victims,” she said. “A national repent[ance] is what could rehabilitate the Russians.”

Zelenskyy Aide Rejects Calls to Compromise: ‘We Do Not Trade Our Citizens, Territories or Sovereignty’ (May 27, 2022)