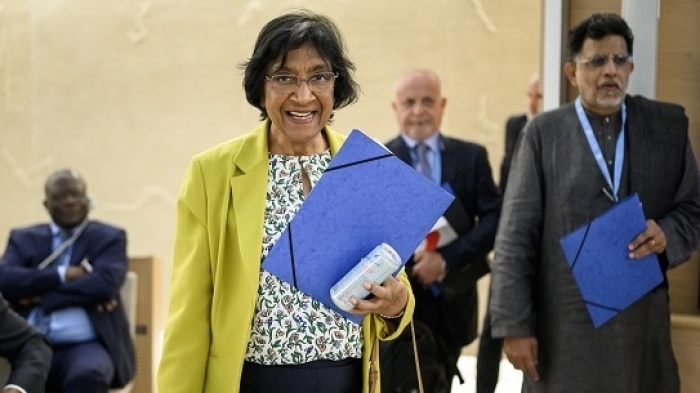 U.N. commission of inquiry chair Navi Pillay arrives at the Human Rights Council in Geneva last month to deliver the report. Behind her are fellow commissioners Miloon Kothari and Chris Sidoti. (Photo by Fabrice Coffrini/AFP via Getty Images)

(Adds an explanatory line in fifth paragraph relating to the unprecedented nature of the CoI mandate.)

(CNSNews.com) – The United States showed “great disrespect” by criticizing a commission of inquiry created by the U.N. Human Rights Council to investigate Israel, one of the three commission members said in an interview posted this week.

Indian human rights scholar Miloon Kothari argued that, because the U.S. under the Biden administration had rejoined the HRC, it could not object to a mechanism set up by a body to which it now belongs.

Elsewhere in the interview with anti-Zionist website Mondoweiss,, he accused the “Jewish lobby” of funding a social media-driven campaign to discredit the commission of inquiry (CoI), and wondered whether Israel deserves to be a member of the U.N. at all.

Kothari is one of three members of what is arguably the most divisive inquiry yet established by the HRC, a body which four successive U.S. administrations have accused of unfair treatment of Israel. (Current HRC members include China, Cuba, Eritrea, Libya, Pakistan, Qatar, Somalia, Sudan, Uzbekistan, and Venezuela’s Maduro regime.)

Set up after a 11-day conflict between rocket-firing terrorists in Gaza and the Israeli military in the spring of 2021, the CoI is the first inquiry in the HRC’s 16-year history to have an open-ended – rather than time-limited – mandate. (In one previous case, dealing with Burma, the HRC in 2018 set up an ongoing investigative mechanism, but in that case it was to collect and analyze evidence after an earlier determination that serious rights violations had been committed.)

Adding to the controversy, the HRC appointed as its chair an individual with a documented record of bias against Israel. Navi Pillay, a South African jurist and a former U.N. high commissioner for human rights, has described Israel as an “apartheid state,” backed the boycott, divestment and sanctions campaign, and signed statements lobbying governments to punish Israel.

Although it was not at the time a member of the HRC, the Biden administration objected to the creation of the CoI. When it rejoined the council – from which its predecessor had withdrawn in 2018 – it pledged to look for opportunities to revisit the mandate.

At an HRC session in Geneva last month, the CoI submitted its first report, identifying Israel’s “perpetual occupation” of the disputed territories as “the underlying root cause of recurrent tensions, instability and protraction of conflict.”

The U.S. then led 22 nations in a joint statement criticizing the CoI and its “open-ended mandate.”

“We believe the nature of the CoI established last May is further demonstration of long-standing, disproportionate attention given to Israel in the council and must stop,” it said.

In the interview, Kothari said the U.S. decision to circulate the joint statement “actually shows great disrespect for the body that the United States is a member of.”

“Because once you’re a member of a body and a body has adopted a mechanism, you have to respect it. You cannot then say oh, you know, we were not here last year [when the mandate was created] or we don’t agree with it now.”

Kothari made a point of noting that the U.S. had got just 22 countries to sign up to the statement. 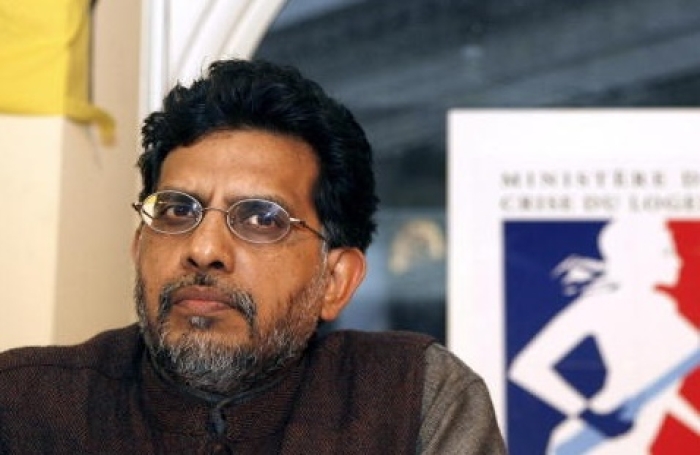 Miloon Kothari, one of the three members of the HRC-created commission of inquiry, photographed in 2007, when he was serving as U.N. ‘special rapporteur on the right to adequate housing.’ (Photo by Bertrand Guay/AFP via Getty Images)

Kothari called criticism of Pillay “unfortunate,” saying commission members had been appointed through a “long and rigorous process”.

Beyond criticism from some governments, he said, “we are very disheartened by the social media that is controlled largely by – whether it’s the Jewish lobby or it’s specific NGOs, a lot of money is being thrown into trying to discredit us.”

Kothari said the Israeli occupation of areas claimed by the Palestinians “has been illegal from the beginning.”

“And in fact one of our mandates is to look at the role of both humanitarian law, human rights law, criminal law – and on all three counts Israel is in systematic violation of all the legislation.”

“I would go as far as to raise the question, ‘Why are they even a member of the United Nations?’ Because they don’t respect – the Israeli government does not respect its own obligations as a U.N. member-state.”

“They in fact consistently, either directly or through the United States, try to undermine U.N. mechanisms.”

Anne Bayefsky, president of the NGO Human Rights Voices and director of the Touro Institute on Human Rights and the Holocaust, called Kothari’s remarks “a grotesque display of antisemitism.”

Bayefsky said all three commissioners were appointed “precisely because of their very well-known bias against Israel – which this interview obviously confirms,” and “fail to satisfy the most elementary requirements and U.N. promise of impartiality and objectivity.”

“The right thing to do is to defund and disband a mission that brings the U.N. and its top human rights body into deep disrepute.”

U.S. taxpayers account for 22 percent of the U.N.’s regular budget, out of which comes a proportion of the operating budget for HRC. The CoI, which comprises three commissioners and 18 staff members, has been allocated a budget of $4,151,800 for 2022.

Legislation introduced in the U.S. House and Senate with bipartisan support last spring would reduce federal contributions to the U.N. by 25 percent of the amount budgeted for the CoI, unless the State Department certified to Congress that the CoI has been abolished.