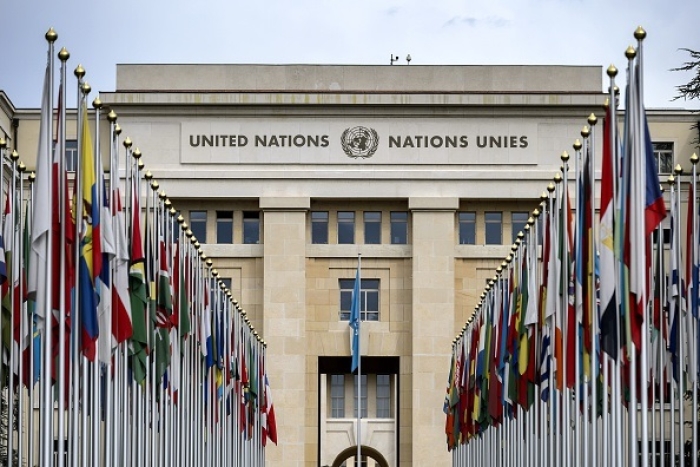 Flags of U.N. member-states line the front lawn of the U.N. headquarters in Geneva, where the Committee on the Elimination of Racial Discrimination hearings are held. (Photo by Gabrice Coffrini/AFP via Getty Images)

(CNSNews.com) – U.S. officials have assured a United Nations anti-racial discrimination committee that the Biden administration is committed to helping American women and girls, especially those from racial minorities, to access abortions, including “medication that supports abortion care.”

During a broad review in Geneva on Friday of U.S. implementation of the Convention on the Elimination of Racial Discrimination (CERD), a U.S. delegation was asked to explain how it was responding to the Supreme Court decision in Dobbs v. Jackson Women’s Health, which overturned Roe v. Wade and returned authority to regulate abortion to the states.

The U.S. ratified CERD in 1994, and like other parties to the convention undergoes a periodic review by a committee made up of what the U.N. calls “18 independent experts who are persons of high moral standing and acknowledged impartiality.”

She quoted U.N. human rights experts as having described the ruling as “a major setback after five decades of protection for sexual and reproductive health and rights in the U.S. through Roe v. Wade, and as a serious regression of an existing right that will jeopardize women’s health and lives.”

Tlakula said women and girls with low incomes and from racial and ethnic minorities were particularly affected, including “women of African descent, indigenous and migrant women.”

“What measures have been taken to address the impact of intersectional discrimination and systemic racism on the sexual and reproductive health and rights of racial and ethnic minorities?” she asked the U.S.delegation.

“What measures will be taken by [the U.S. federal government] to safeguard the rights to interstate travel to access abortion services in states that offer such services?”

The response came later during the session from Jessica Swafford Marcella, deputy assistant secretary for population affairs in the Department of Health and Human Services (HHS), and one of a U.S. interagency delegation more than a dozen strong.

“As we think about individuals’ agency, the ability to decide if and when and how to expand your family is critical, and is a key focal point of the Biden-Harris administration,” she began.

Marcella confirmed for the committee that the Dobbs decision does allow states to put in place restrictive laws that prevent people in those states from seeking an abortion. 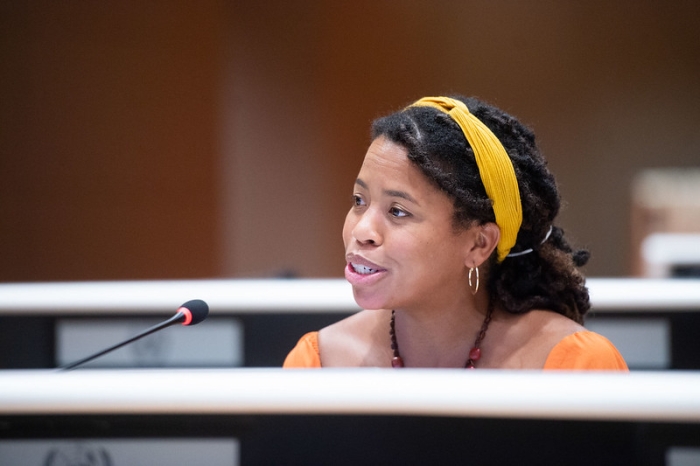 The administration had “acted swiftly” in response to the court decision, with President Biden issuing two executive orders – one almost immediately after the decision and a second earlier this month – focusing on “securing access to reproductive and other health services.”

“First and foremost, we [in the HHS] are focused on increasing access to medication abortion, because the autonomy of women to be able to take medication that supports abortion care is essential,” she said.

Marcella said the federal government was also working on protecting “emergency abortion care access,” and stressed that such emergency care was available even in states that have “banned abortion.”

Moreover, such care was “open to everyone, including immigrants, non-citizens, [and] individuals who are undocumented in our country.”

Marcella told the U.N. committee that there was “so much more” that the federal government intends to do.

“We have reproductiverights.gov, which is a federal website that focuses on information specifically for the American people to understand more,” she said, “because we recognize the chilling effect that may result, as states make decisions, as providers become concerned.” 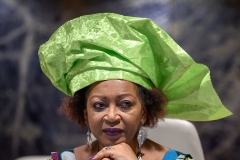 Elsewhere in the two-day CERD review, the U.S. delegation was quizzed on gun violence, with Tlakula asking what was being done to address its “disparate impact” on racial and ethnic minorities.

Committee members welcomed the passage of legislation designed to counter hate crimes against Asian Americans linked to the coronavirus pandemic, but expressed concern that the U.S. had yet to establish a national human rights institution – “a permanent and effective coordinating mechanism at the federal level.”

In her concluding remarks the head of the U.S. delegation, Ambassador to the Human Rights Council Michèle Taylor, said that “standing against hate and discrimination whenever and wherever they occur” is among the values that defines Americans.

“But we are painfully aware that our history is colored by systemic and institutionalized racism,” she said. “We hope the many positive initiatives you have heard here from throughout our federal government, and from our colleagues at the state and local levels doing so much of the work on the ground, are a testimony to our commitment to achieve a more perfect union based on a bedrock of equality and justice.”