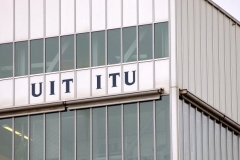 (CNSNews.com) – The State Department’s announcement of support for an American to become the next head of a crucial but obscure U.N. specialized agency comes after years of attempts by China and Russia to wrestle control of the Internet from U.S. hands.

The election for secretary-general of the International Telecommunication Union (ITU) is more than 17 months away, but Secretary of State Antony Blinken said this week the U.S. was supporting the candidacy of Doreen Bogdan-Martin, an American who has worked at the ITU for 28 years, and is currently head of its division responsible for policies and programs in developing countries.

Blinken noted that, if elected, Bogdan-Martin would become the first woman to lead “an organization critical for the future of information and communication technologies and to closing digital divides.”

State Department spokesman Ned Price said Thursday the U.S. was aware of just one other candidate in the running so far, a Russian.

He noted that the Geneva-based ITU was “hardly a household name, but it probably should be.”

“Every time you use a cell phone, watch television, get the weather forecast, or travel by air or sea, you are benefitting from work done at ITU to coordinate allocation of radio spectrum and facilitate seamless communication between and among countries,” Price said.

One of the world’s oldest intergovernmental organizations, the ITU was created 156 years ago to regulate the telegram industry, but today deals with fast-changing information and communication technology including 5G networks.

U.S. and Japanese taxpayers account for the largest proportion of its regular budget.

Authoritarian regimes led by Russia and China have tried to use the agency to promote “international” control over the Internet, and some liberal democracies were alarmed when in 2014 a Chinese national was elected as secretary-general – given the fact China is a world leader in online censorship and using technology to track down cyber dissidents.

(The ITU is one of four out of 15 U.N. agencies currently led by Chinese citizens. The others are the U.N. Industrial Development Organization, the Food and Agriculture Organization and the International Civil Aviation Organization.)

Concerns about the appropriateness of having a Chinese national at the helm were raised again when Zhao in 2019 pushed back at U.S. concerns about security issues relating to 5G networks built with equipment from the Chinese tech giant Huawei. He said there was “no proof” about security problems with Huawei, and targeting it was “unfair.”

Those stances prompted Heritage Foundation scholars to accuse him of having “championed Beijing’s priorities in violation of his obligation to be a neutral international civil servant.”

Zhao cannot stand for a further term, and his replacement will be decided at a “plenipotentiary conference” in Romania in September-October next year. But for a Chinese national to be succeeded by a Russian would do little to allay democracies’ concerns.

‘Seeking to use the Internet as their fiefdom’

Russia and China have led efforts to end what they see as unacceptable U.S. control over the Internet, pushing for U.N. mechanisms to establish new “rules of the road” for the information space.

Critics worry that such proposals would risk stifling Internet innovation and growth, and opening the door to repressive measures by governments opposed to online free speech.

The Internet is governed by the Internet Corporation for Assigned Names and Numbers (ICANN), a private consortium which – operating independently of governments – oversees Web domains and assigns IP addresses.

During a virtual meeting with state agencies last August, former Russian President Dimitry Medvedev outlined Moscow’s views on the current setup. A transcript of his translated words appeared in a recent ICANN report.

“It is quite understandable that a host of countries, and above all the United States, are seeking to use the Internet as their fiefdom – in other words, as a tool for attaining solely their goals,” Medvedev said. “Let me remind you that the U.S. fully controls the Domain Name System used to resolve IP-addresses. That’s how it has happened historically, but simply and bluntly put, it shouldn’t be like that.”

He added that “equal participation of governments in Internet governance is necessary because the Internet is a tool for ensuring national security – it is no longer just a network created for scientific, military purposes, or for fun.”

In a joint statement the following month, the Russian and Chinese foreign ministers agreed their nations held “common positions on Internet governance, including the importance of ensuring the equal rights of states to govern the global network, and emphasize the need to enhance the role of the International Telecommunication Union (ITU) in this context.”

Foreign Minister Sergei Lavrov said in subsequent Russian television interview that the fact the Internet “is regulated by companies based in the United States” was well known, and “this situation has long made the overwhelming majority of countries want to do something about it.”

Lavrov said Russia and others were “promoting the need to regulate the Internet in such a way that everyone understands how it works and what principles govern it” – at the ITU.