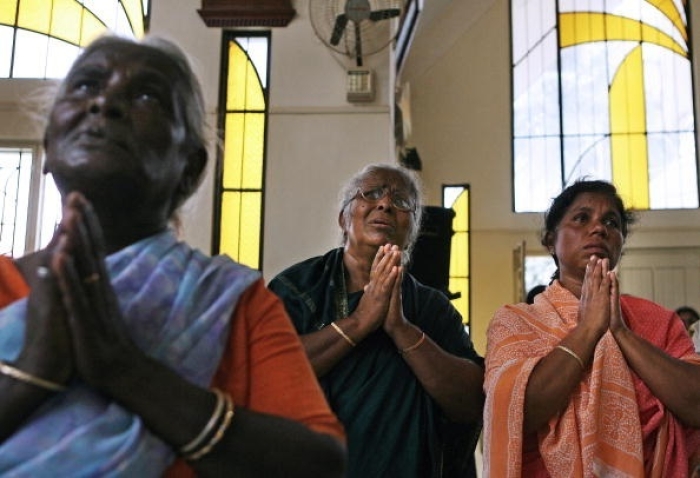 Indian Christians at prayer in a Catholic Church in Bangalore. (Photo by Dibyangshu Sarkar / AFP via Getty Images)

(CNSNews.com) – The State Department’s decision to exclude Nigeria and India from a blacklist of countries where severe religious persecution is occurring has drawn a sharp rebuke from a statutory watchdog, which called the decision “inexplicable.”

“There is no justification for the State Department’s failure to recognize Nigeria or India as egregious violators of religious freedom, as they each clearly meet the legal standards for designation as CPCs,” said the commission’s chair Nury Turkel.

Each year the USCIRF, which was established under the IRFA to advise the executive and legislative branches, issues recommendations to the administration on which countries should be designated CPCs, and which countries should be added to a second-tier “special watch list” (SWL).  The latter are countries deemed to be religious freedom violators but not meeting the statutory criteria for CPC designation.

The State Department subsequently announces its own CPC and SWL designations, which generally overlap, but don’t mirror, the USCIRF’s. (For 16 consecutive years the commission urged administrations to blacklist Pakistan, until the Trump administration finally did so in 2018.)

In the first set of CPC decisions of the Biden administration, in November last year, Secretary of State Antony Blinken removed Nigeria from the CPC list just one year after its predecessor had designated it as an egregious violator.

Africa’s most populous nation had been the first secular democracy to be given the label since the IRFA was passed in 1998. The delisting decision, which came on the eve of a visit by Blinken to Abuja, was widely condemned by religious freedom advocates.

More Nigerian Christians have been killed for reasons related to their faith in recent years than in any other country, with International Christian Concern (ICC) calling it “the bullseye of Christian persecution worldwide.” 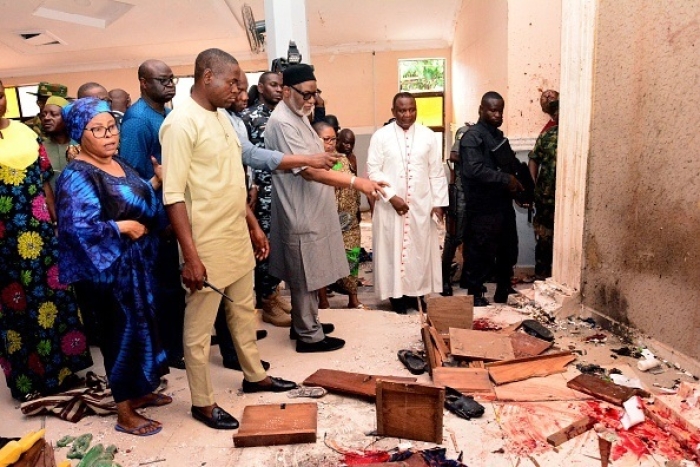 The governor of Nigeria’s Ondo state visits a Catholic Church attacked by gunmen last June. Dozens of worshippers were killed in the Pentecost Sunday atrocity. (Photo by -/AFP via Getty Images)

Although the perpetrators are mostly Islamist groups including Boko Haram and Fulani militants – rather than government authorities – the IRFA defines a CPC as a country that has either engaged in or tolerated “systematic, ongoing, and egregious violations of religious freedom.”

If anything, the situation in Nigeria for Christians may have worsened over the year since its delisting: In an annual watchlist of “countries where it is most dangerous to follow Jesus,” Open Doors in 2022 ranked Nigeria seventh worst of 50 countries named – down from ninth place in 2021.

“Due to violent terrorist groups and government indifference, tens of thousands have been killed, and millions have been displaced [in Nigeria],” according to the ICC.

“Christian communities in the Middle Belt of Nigeria have effectively suffered a 20-year-long genocide,”ICC President Jeff King said over the summer, after yet another Fulani atrocity by Fulani militants.

King said Nigerian military, police, and intelligence agencies are all controlled by Muslims.

“This, coupled with a 20-year lack of response by these agencies, should naturally lead to deeper questioning by the world community. Simply put, the time for cheap talk and platitudes is over. The world is waking up and starting to ask, ‘Is the Nigerian government complicit in these attacks?’ Time will tell, but for this long-time watcher, the decision is in.”

The violations in India are mostly attributed to authorities who, sometimes under pressure from radical Hindus, target Christians and Muslims under “anti-conversion laws” enforced in almost one-third of the country’s states.

The Christian leader in Uttar Pradesh state told ICC last week that more than 200 churches had been shut down in recent months and 52 believers, including pastors, were imprisoned.

For the past four years, India has featured (in tenth place) in the top ten of Open Doors’ annual watchlist on Christian persecutors.

In 2022 the USCIRF had recommended CPC designation for India for the third consecutive year, to no avail.

India has divided the USCIRF in the past. When in 2020 the commission, for the first time since 2004, recommended that India be listed as a CPC, three of the nine commissioners dissented. The following year one commissioner disagreed with the India recommendation.

The dissenting commissioners have since rotated off, and when this year the USCIRF again recommended CPC status for India, no dissenting positions were aired.

Taliban and the Wagner Group

The IRFA authorizes the government to impose sanctions against CPCs or to take other steps aimed at encouraging improvements. Sanctions have frequently been waived, for “national interest” reasons, for example in the cases of Pakistan and Saudi Arabia.

Most of those countries have been listed for many years – Burma, China, and Iran since 1999, North Korea since 2001, and Saudi Arabia and Eritrea since 2004. Turkmenistan was added in 2014, Tajikistan in 2016, Pakistan in 2018, and Russia in 2021. Cuba and Nicaragua are newcomers this year, both downgraded from the SWL list.

The USCIRF did welcome some of the decisions, but would like to have seen additional designations, including CPC status for Afghanistan, Syria, and Vietnam (in addition to Nigeria and India).

IRFA as amended also provides for the listing of non-state “entities of particular concern,” and this year Blinken designated nine groups, most of them Islamist organizations including Boko Haram and the Taliban.

Of note this year was the addition of the Kremlin-linked mercenary outfit the Wagner Group, which Blinken said he was designating “based on its actions in the Central African Republic.”

USCIRF vice chair Abraham Cooper voiced disappointment that the State Department had not designated Afghanistan as a CPC.

“While it did re-designate the Taliban as an ‘entity of particular concern,’” he said, “that does not reflect the reality that the group is the de facto government of the country.”