VP Harris: 'I Want to Be Very Clear'; Putin's War 'Occupies One of Our Highest Priorities in Terms of Paying Attention' 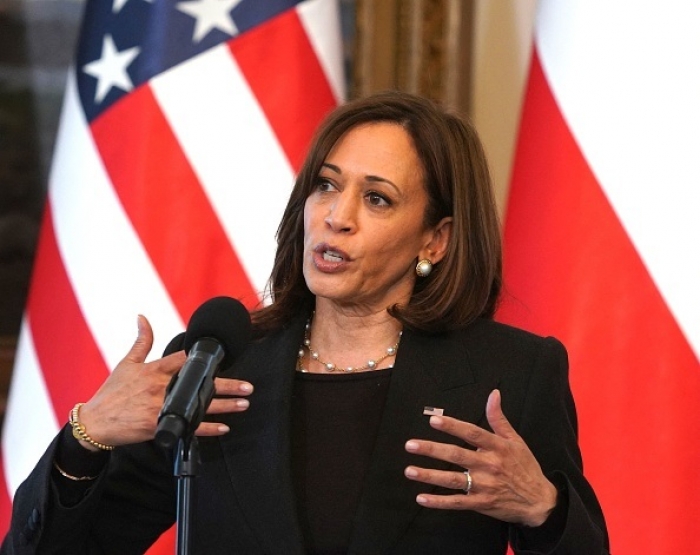 (CNSNews.com) - Admiration for Poland; humanitarian aid for Ukrainian refugees; anger at Putin's atrocities; and military support for Poland: It all flowed out of Vice President Kamala Harris on Thursday, as she and Polish President Andrzej Duda held a joint news conference in Warsaw.

In response to a reporter's clear question, Harris gave an elliptical non-answer about Poland's surprise move this week to send its Soviet-era jets to a U.S. airbase for delivery to Ukraine.

The Pentagon on Tuesday dismissed as not "tenable" the Polish plan to place the jets "at the disposal of the government of the United States of America."

Poland's unexpected offer to hand over its MiG-29 jets to the U.S., which presumably would then deliver them to Ukraine’s embattled armed forces, caught the administration by surprise.

A reporter asked Harris, "What kind of alternative plans does the United States have to get materials to help Ukraine defend itself, especially now that you have declined Poland's offer on jets?"

"I want to be very clear," Harris responded sternly. "The United States and Poland are united in what we have done and are prepared to do to help Ukraine and the people of Ukraine. Full stop.

"In terms of the work that the United States has done thus far, we have, as you know, given military, humanitarian and security assistance, and that is an ongoing process.

“As I mentioned earlier, Congress -- the United States Congress has now made a decision for $13-plus-billion dollars of U.S. money to go to Ukraine and our European allies to assist in terms of both their security and humanitarian needs."

Harris also mentioned the $240 million in U.S. security assistance delivered to Ukraine this past week, on top of the billion U.S. dollars given to Ukraine over the past year.

"I can tell you that the issue facing the Ukrainian people and our allies on the Eastern flank is something that occupies one of our highest priorities in terms of paying attention to the needs, understanding it is a dynamic situation.

"It requires us to be nimble and to be swift. I mentioned being swift in terms of accountability and consequence. We also fully appreciate we must be swift in terms of providing assistance where we can be helpful. And we will continue to do that."

"We are here today to restate that commitment, but also to do what we must do to reinforce our support of Poland and our allies through the E.U. and NATO alliance."