Census: ‘Children of Same-Sex Parents More Likely to Be Adopted Than Those Living With a Parent in an Opposite-Sex Relationship’ 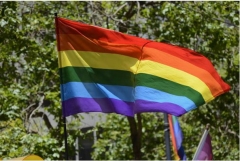 (CNSNews.com) - The Census Bureau posted a report on its website on July 13 that declared in its headline: “Children of Same-Sex Parents More Likely to Be Adopted Than Those Living With a Parent in an Opposite-Sex Relationship.”

“The relationship between children and their householder parent also differed according to couple type,” the Census Bureau report said.

“The majority (93%) of children with a parent in a male-female relationship were the biological child,” the bureau said. 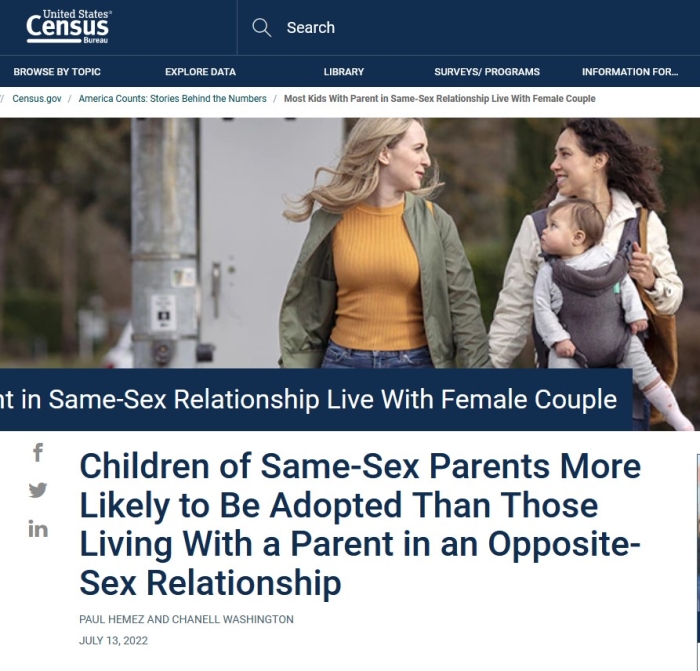 “But among children with a parent who had a same-sex partner/spouse, only around two-thirds were biologically related to the parent for whom the ACS collects the detailed type of relationship,” it said.

“Children with a father in a same-sex relationship were more likely to be adopted than children in the other two living arrangements,” it said.

“However, it is important to recognize that the other parent may be the biological parent, as one member of a same-sex couple often has to legally adopt the child, unlike opposite-sex couples,” said the Census Bureau.