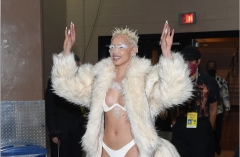 (CNSNews.com) - A newly released survey from Gallup indicates that more Americans think it is morally wrong to wear fur than to experiment with cells taken from dismembered human embryos.

Gallup asked 1,007 Americans aged 18 and older their opinions on the moral acceptability of “19 issues.” 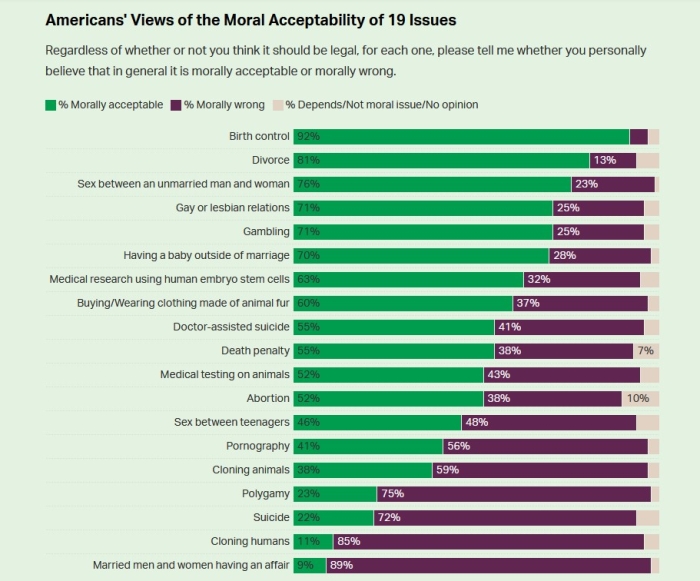 “The embryos being used in embryonic stem cell research come from eggs that were fertilized at in vitro fertilization clinics but never implanted in women's uteruses,” says the Mayo Clinic.

Of the 19 behaviors Gallup asked the respondents about, using birth control had the highest moral rating. Ninety-two percent of respondents said it was morally acceptable.

When asked about abortion, 52 percent of the respondents said it was morally acceptable and 38 percent said that it was not.

Seventy-one percent of respondents said that gay or lesbian relations were morally acceptable and 25 percent said they were not.

The most significant divides between self-identified conservatives and liberals in the survey were over abortion, gay and lesbian relations and sex between teenagers.