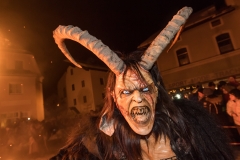 On Friday, Oct. 25, witches performed a “binding spell” ceremony to stifle the Trump administration and prevent the president from harming the country, according to the Daily Caller. The witches, under the banner “The Magic Resistance,” have performed this occult ceremony every year since 2017.

Some of the components needed to participate in the spell are an “unflattering picture of Donald Trump,” a candle, a Tarot card, a feather, and a pin. It is supposed to be performed every waning crescent moon “until Trump is out of office.”

Michael Hughes, the creator of the occult ritual, describes himself as a “magical thinker and activist” and says the ritual is working, the Washington Examiner.

“Knowing thousands of people are gathering together at the same time from all over the world to do this ritual and to put our beliefs and our desires into sharp focus, and to do that ritualistically, I think that has a really powerful effect,” Hughes told The Examiner.

Hughes has also published a book called Magic for Resistance: Rituals and Spells for Change, which, he said, “has been making the rounds in a number of magical groups both secretive and public.”

“It was created by me along with members of several private magical orders who wish to remain anonymous,” said Hughes.

Hughes also told The Examiner that he posted about the spell on Medium and it went viral. This was the first time the “binding magic” prompted “thousands of people” to conjure the spell, he claimed.

Part of the spell reads,

Hear me, oh spirits Of Water, Earth, Fire, and Air Heavenly hosts Demons of the infernal realms And spirits of the ancestors

I call upon you To bind Donald J. Trump So that his malignant works may fail utterly That he may do no harm To any human soul Nor any tree Animal Rock Stream or Sea

Bind him so that he shall not break our polity Usurp our liberty Or fill our minds with hate, confusion, fear, or despair And bind, too, All those who enable his wickedness And those whose mouths speak his poisonous lies

I beseech thee, spirits, bind all of them As with chains of iron Bind their malicious tongues Strike down their towers of vanity

At the end of his article explaining the spell and ritual, Hughes answer two questions,

His response, “why don’t you try it and find out for yourself?

“But suppose it works? Then we have Pence!”