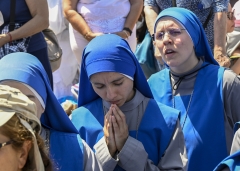 EWTN News and RealClear Opinion Research released the poll, which is the first in a new series of surveys looking at American Catholics’ voting habits, policy views, and devotional practices. The survey of 1,757 likely Catholic voters was conducted June 15-23.

The poll, which was conducted prior to the Supreme Court overturning Roe V. Wade on June 24, revealed that a plurality (47%-42%) of Catholic voters believed the court should uphold Roe v. Wade. However, oddly, “a solid majority (82%) supported ending abortion outright or imposing various regulations to limit it,” said EWTN/Real Clear Opinion. 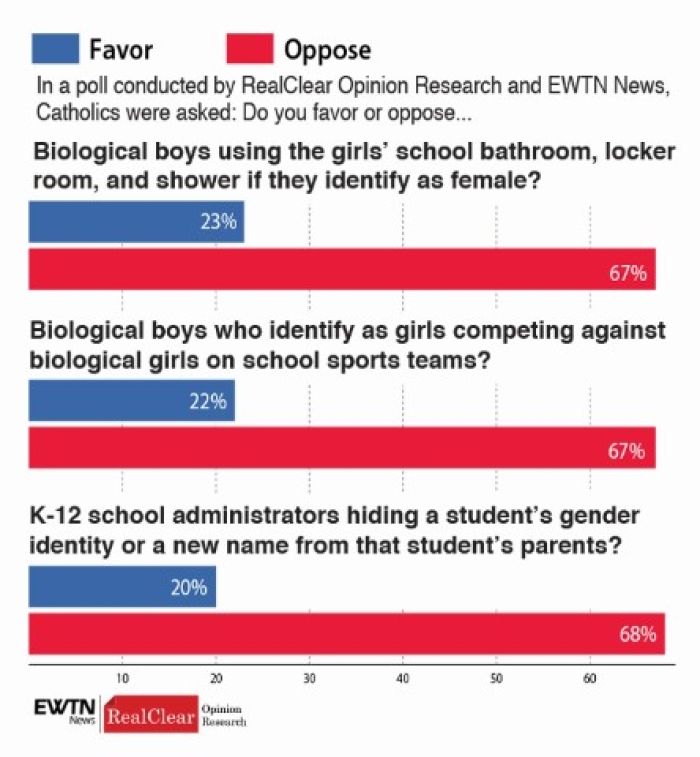 On abortion specifically, only 18% said they believed the procedure should be available to a woman at any time during her pregnancy, and only 9% percent of Catholics said “abortion should never be permitted under any circumstance.”

Sixty-five percent of Catholics said they believed supporting abortion conflicts with Catholic teaching, and 23% said it did not conflict. Ten percent said they did not know.

According to the Catechism of the Catholic Church, “ Since the first century the Church has affirmed the moral evil of every procured abortion. This teaching has not changed and remains unchangeable. Direct abortion, that is to say, abortion willed either as an end or a means, is gravely contrary to the moral law….  From its conception, the child has the right to life. Direct abortion, that is, abortion willed as an end or as a means, is a ‘criminal’ practice, gravely contrary to the moral law. The Church imposes the canonical penalty of excommunication for this crime against human life.” 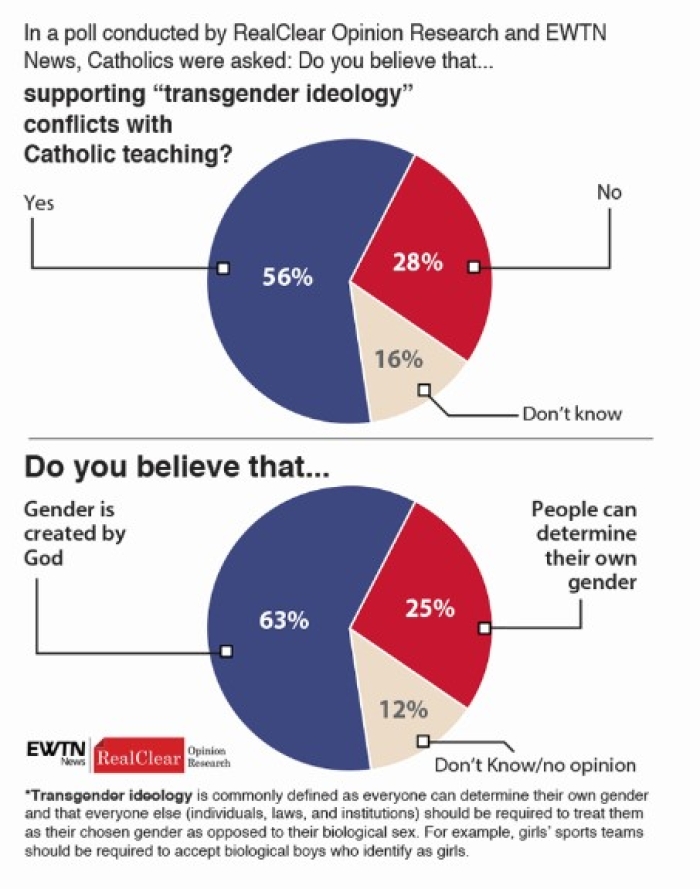 In addition, Catholicism teaches that a follower must go to Confession at least – minimum – once a year. According to the poll, 63% go “less than yearly/never.”

Only 50% of Catholics said they believe that Jesus Christ is truly present in the Eucharist, under the appearance of bread and wine, a dogmatic teaching of the Church.

In a related vein, only 20% of likely Catholic voters said they “accept all the Church’s teachings and that is reflected in how I live my life.” In addition, although Sunday Mass attendance is required, only 40% of U.S. Catholics  said they go to Mass “weekly plus.”  Thirty-three percent said they go to Mass “once a week.” 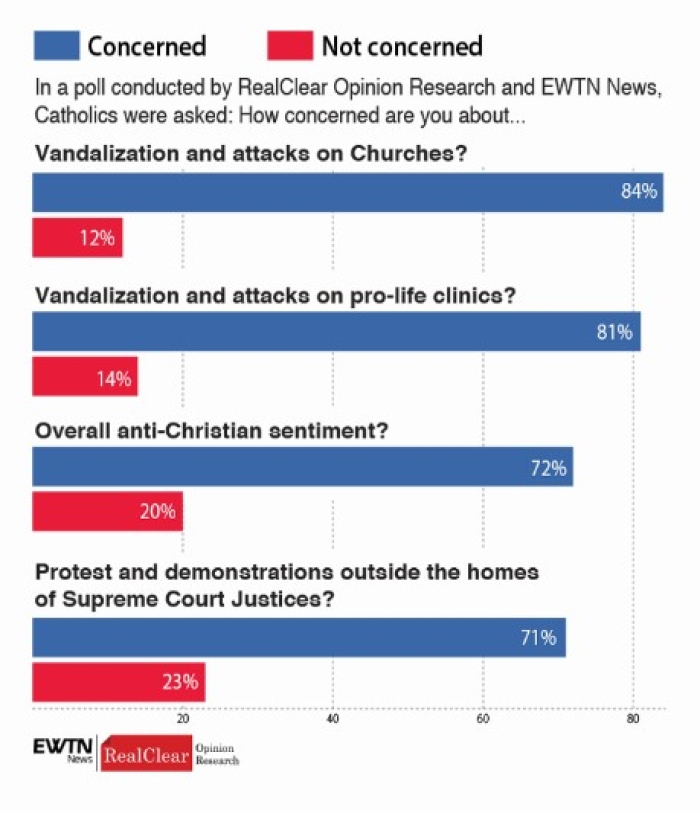 As for politics, 42% of the Catholics polled said they were Democrats and 38% said Republicans. Twenty percent identified as independent/unaffiliated.

Catholics’ have a higher approval rating (45%) of President Biden than the general public, but a majority of Catholics (53%) find Biden “unfavorable” and disapprove of his job as president. On former President Donald Trump, Catholics were split 49% favorable and 49% unfavorable.

When asked, 59% of Catholics said that things in the nation are “off on the wrong track.”

“There's a big percent of Catholic voters] that are still undecided,” said Susan Crabtree, a staffer for RealClear Opinion Research, when presenting the poll’s results to press on July 15.  “And so that Catholic vote is still gettable, according to this poll for Republicans and Democrats.”

“It's a kind of reverse image of what we saw heading into the [2020 presidential] election,” said Dr. Matthew Bunsen, executive editor and Washington bureau chief of EWTN News. “President Biden is now underwater with Catholics. We have seen a marked deterioration across the board in his support. What is especially striking, Hispanics are now at 53 to 45%, favorable versus unfavorable with 53% now viewing him unfavorably.”

When asked “If the November 2022 elections for Congress were held today, would you vote for the Republican or Democrat candidate running in your district?” 44% of Catholics said they would vote Republican, 43% would vote Democrat, and 13% said they were undecided.