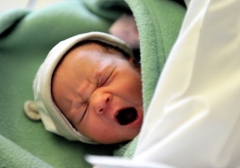 (CNS News) -- A new national poll shows that while 55% of Americans opposed the overturning of Roe v. Wade, up to 72% said they believed their state should not allow abortions after 15 weeks or even earlier. The poll also found that the Roe decision has had a net neutral impact on midterm voting.

The survey was conducted by Harvard University’s Center for American Political Studies (CAPS) and Harris Insights and Analytics. In the poll of 1,308 registered voters conducted June 28-29, respondents were asked a number of questions pertaining to the recent Supreme Court decision overturning Roe v. Wade.

For instance, the poll asked, “Do you support or oppose the Supreme Court’s decision to overturn Roe vs Wade, which allows each state to decide its own standards for abortion instead of a set right?”

Fifty-five percent said they opposed the decision, including 69% of Democrats, 37% of Republicans, and 60% of Independents/others. 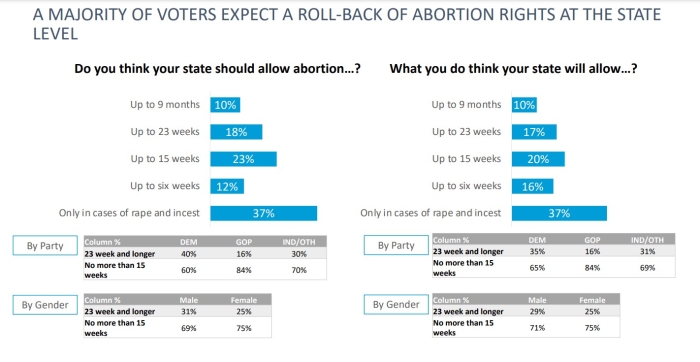 The poll also asked, “Do you think your state should allow abortion …?” and gave several choices: Only in cases of rape or incest; up to six weeks; up to 15 weeks; up to 23 weeks; and up to 9 months. 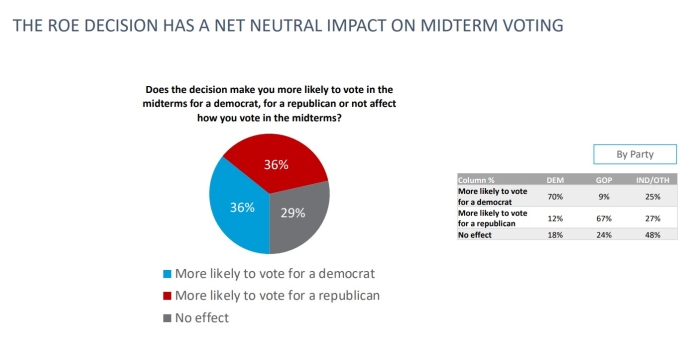 Sixty-six percent of Democrats said it was “right” for Democrats to call the Supreme Court illegitimate.

The poll also asked about announcements by several corporations that they would cover cross-state travel and medical expenses for employees who wish to have an abortion -- 60% said they supported businesses taking such decisions and 61% said this type of support from corporations should be legal. 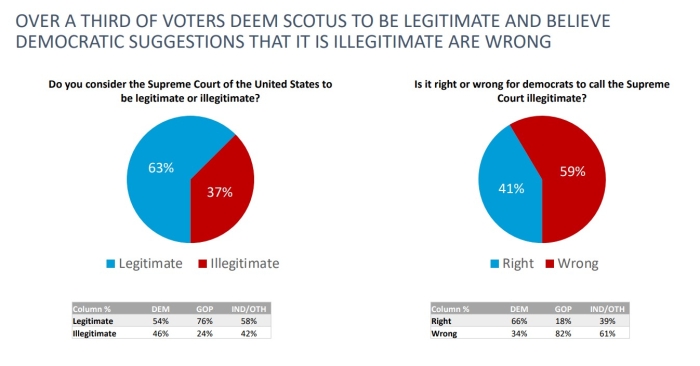 On the economy, 71% of voters said the U.S. is on the “wrong track,” and 64% said their personal financial situation is “getting worse.”

President Joe Biden’s approval rating has fallen to a low of 38%, according to the survey.