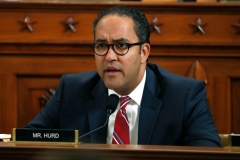 (CNSNews.com) - The Texas blackouts that left millions without power last week weren’t caused by “any individual fuel source.” It was because of a lack of leadership and long-term planning, former Rep. Will Hurd (R-Texas) told NBC’s “Meet the Press” on Sunday.

When asked whether it was fair to say it was a preventable catastrophe and whether this is on the Texas government, Hurd said that “100 percent this was preventable. This wasn't a problem with any individual fuel source. This was a problem of lack of leadership and lack of long-term planning.”

“You know, in 2011, there were hearings in the Statehouse talking about ensuring that there was reliability. ERCOT and state leaders at the time said that these energy companies could self-regulate and make sure that happens. We can have cheap prices and reliable energy at the same time, and, you know, we always talk about; this was a black swan event. This was an event that doesn't happen, you know, often,” he said.

“The only thing I've learned in my time in government and the CIA is that the only thing about black swan is black swans actually happen, and we need to be prepared, and one of the things about the ninth-largest economy being brought to its knees, you know, because of this, our enemies are looking at this, and they're looking at how -- that the grid was able to fail and they could potentially use this and have a cyber-attack to do this kind of thing,” Hurd said.

As to whether this was a black eye on the Republican Party philosophy of low-regulation and small government, Hurd said, “This was a black eye for not planning for this eventuality, and this, this has been going on for years. The deregulation in Texas happened almost 20 years ago, and so people have talked about this particular situation and that we should have been prepared for it.

“So, again, this is not about, you know, do we need to go the exact opposite way? I think the conversations, instead of using this as a political bludgeon against one another, we should be talking about the serious issues about reliability, about how the Texas grid increases its connections with the other grids around us, how do you make sure that ERCOT has the tools and the power?” he said.

“And another conversation, you alluded to it in your previous chat with the reporter: these high energy bills. You don't take the steps to provide reliable power, and then you're going to give somebody a bill in the tens of thousands of dollars? That's absolutely outrageous, and I know that the Statehouse will be looking into this when they come into session. I don't think that’s -- I don’t think anybody's going to allow something that crazy and outrageous to stand,” Hurd said.

Host Chuck Todd asked whether the GOP’s messaging that “government is the problem” and “government doesn’t work” became a self-fulfilling prophecy in Texas. “And is that a part of the bigger messaging problem?”

“And so it's not about no government. It's about reasonable and sensible government. If we can reduce the size of the scope in federal government -- of the government, and still provide great digital, you know, services, right, we should be able to do that, and so, yes, there is a role for government to play in all of these issues, but let's figure out -- and the conversation should be what is that role?” he said.

“And it could be based on allowing most Americans to have as much freedom as they possibly can, because when you have freedom, that allows opportunity. When you have opportunity, that leads to growth, and growth leads to progress,” Hurd said.

On former President Donald Trump and whether he should have a role in the future of the Republican Party, Hurd said, “I think very little, if none at all. You know, this is a president that lost the House, the Senate, the White House in four years. I think the last person to do that was Herbert Hoover, and that was in the Great Depression.

“And, you know, when you look at, in the 2020 election, the number of Republicans that were successful significantly outperformed President Trump, and so the opportunity that we have is that we should be talking to disaffected Democrats. The fact that Speaker Pelosi didn't pick up any seats, you know, is an indication that the Democratic Party has some real problems,” he said.

“We have an opportunity, but we can't do that if we're talking about, you know, lies of an election that went wrong, or, you know, succumbing to conspiracy theories,” he added.