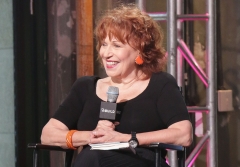 (CNSNews.com) – Comedian Joy Behar, co-host of “The View,” said Thursday that Sen. Tim Scott (R-S.C.), the only black Republican senator and the first black senator to be elected from the South since Reconstruction, doesn’t know the difference between racism and systemic racism.

Behar was reacting to President Joe Biden’s speech to a joint session of Congress and Scott’s speech delivering the Republican response.

“We discussed it this week already about housing and education and all of the things important to people, and the fact that Tim Scott cannot acknowledge this is appalling. How can you go out there and say that when you just said two minutes ago that you were the object and the victim of discrimination? Then he says this is not a racist country,” Behar said.

“At least acknowledge that there is systemic racism. That's what I wanted to hear if him, and he didn't say it,” she said.

Asked what her “takeaways” were to Biden’s speech, Behar praised the president and called out Republicans for obsessing about bipartisanship and not standing or clapping during certain parts of Biden’s speech.

“I have two things. One, he's talking about railing against -- I mean, he's talking about not playing bipartisanship. The bipartisanship is an obsession with the Republicans right now, that Biden is not reaching across the aisle, and yet, when he says, Biden, we're on track to cutting child poverty in half, you look around the chamber and nobody on the Republican side is standing or clapping,” she said.

“Does that mean that they are for child poverty? When he says he wants clean water and Kevin McCarthy is sitting on his hands and not reacting, does Kevin McCarthy like dirty water? Maybe he should campaign on that - dirty water for everybody,” Behar said.

“The other thing I have to say is I thought it was brilliant.  I thought Biden was incredibly warm and presidential and just great and to see those two beautiful, intelligent women behind him makes me feel like a real-- I felt wonderful,” she added.