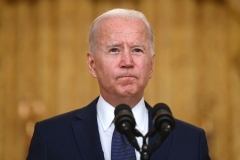 (CNS News) -- A new survey by ABC News/Ipsos shows that 69% of Americans disapprove of President Joe Biden's handling of inflation, and strong majorities also disapprove of his handling of gas prices, immigration, crime, the economic recovery, and the situation with Russia and Ukraine. A majority, 55%, also opposes sending U.S. troops to Ukraine, according to the poll.

In the online survey, conducted by Ipsos for ABC News April 8-9, 530 U.S. adults were asked, "Do you approve or disapprove of the way Joe Biden is handling immigration?" Thirty percent said they approved and 60% said they disapproved.

On Biden's handling of the economic recovery, 40% said they approved, but 59% said they disapproved.

When asked about Biden's handling of the Russia-Ukraine conflict, 45% said they approved and 53% said they disapproved. 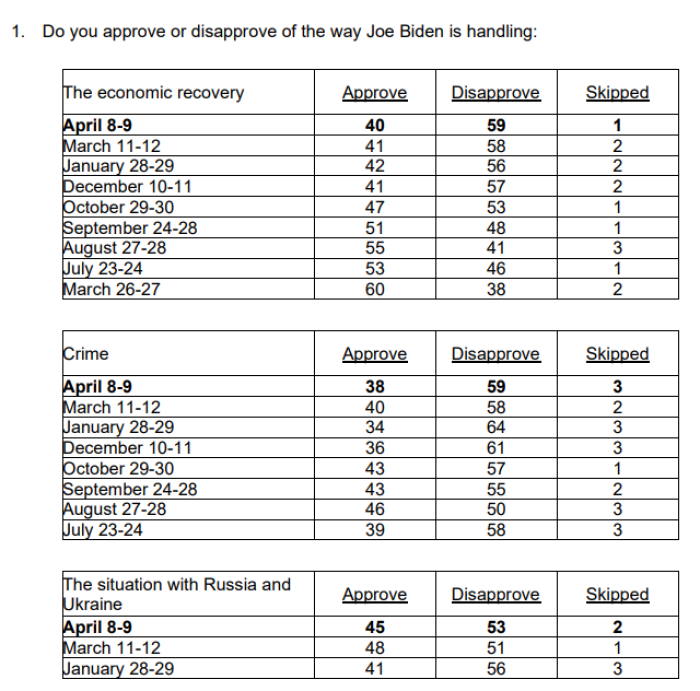 As for sending U.S. troops to Ukraine, only 17% of Americans support the idea while 55% oppose it.

When asked, "How much, if at all, do you blame each of the following for the recent price increases in gasoline?" 51% blamed Biden and 52% blamed Democratic Party policies. Only 33% blamed Republican Party policies. 71% blamed Russian President Vladimir Putin "a great deal/a good amount."