CDC: 117,626 Black Children Killed by Abortion in One Year

(CNS News) -- The latest available data from the Centers for Disease Control and Prevention (CDC), show that  117,626 black children were killed by surgical abortion in the U.S. in 2018, and these deaths accounted for 33.6% of the total abortions that year.

Moreover, these data were collected by the CDC from only 31 reporting areas in the country, which means the actual number of blacks killed by abortion is higher. 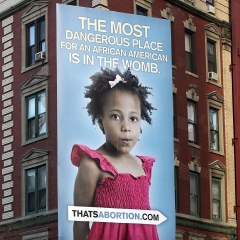 Nonetheless, the data show that from the 31 reporting areas, 117,626 of the surgical abortions in 2018 were of black children, which equals 33.6% of the total abortions.

The total number was 350,124 abortions. But that is for those identified by race/ethnicity, and only from the 31 areas that reported.

The CDC notes at the beginning of its document for 2018 that there were 619,591 abortions from 49 reporting areas. But even that number is low because it does not include the abortions that occurred in California, Maryland, and New Hampshire.

California is the largest state in the union in terms of population (39.7 million).

To see the numbers, click here, and then scroll down to Table 5.