Gas prices of more than $7.00 per gallon are posted at a downtown Los Angeles gas station on March 9, 2022. (Getty Images)

In addition, diesel fuel is averaging $5.058 per gallon, reported AAA.

California has some of the highest prices. A gallon of regular gas in the Golden State is averaging $5.694 as of today, March 10, said AAA. In one California county it is averaging $6.478 per gallon.

"New survey data from AAA finds that two-thirds of Americans felt gas prices were too expensive just a few weeks ago at $3.53 per gallon," reported the motoring group. "Now with the national average at an all-time high of over $4, Americans may have reached a tipping point." 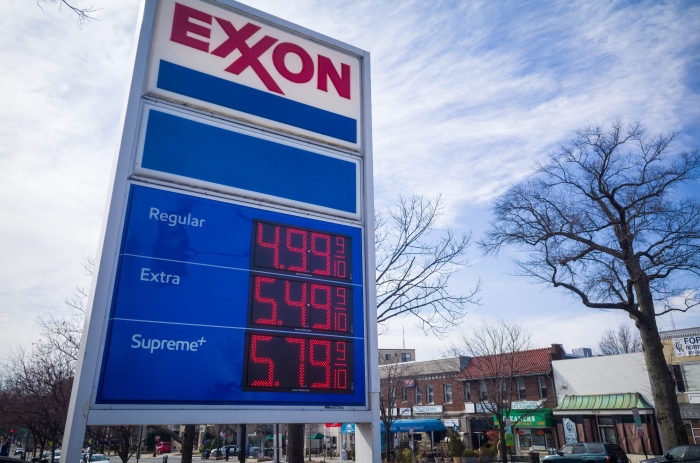 "Over half (59%) said they would make changes to their driving habits or lifestyle if the cost of gas rose to $4 per gallon," said AAA. "If gas were to reach $5.00, which it has in the Western part of the country, three-quarters said they would need to adjust their lifestyle to offset the spike at the pump."

When President Trump left office in January 2021, the average price for a gallon of gasoline (all grades) was $2.420, according to the U.S. Energy Information Administration.