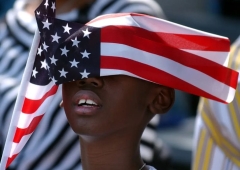 (CNS News) -- A new survey shows that 52% of U.S. adults do not believe the federal government should apologize for slavery in America, but 62% think the government should take action to reduce the effects of slavery on black Americans today.

Gallup asked, "In general, how much do you think the history of slavery in America impacts Black/African American people in the United States today?"

"Americans are more likely to think that the history of slavery has at least some effect on black people today than to think it has little to no effect," reported Gallup.

"Two-thirds (65%) of those who say the government has a responsibility to address the effects of slavery believe all black Americans should benefit from these efforts, while 32% say only descendants of slaves should," reported Gallup.

The polling company also asked, "Do you think the federal government should or should not issue an official apology for the nation’s history of slavery in America?"

Among black adults, 73% said the government should apologize. But among whites, only 38% said there should be an official apology.

Gallup notes that, "In 2008, the U.S. House of Representatives passed a resolution that apologized for slavery, and the U.S. Senate adopted a different resolution in 2009."

"As Americans commemorate the Juneteenth holiday, most believe the history of slavery still reverberates in the lives of Black people in the U.S. today, with four in 10 saying it affects black people 'a lot,'" reported Gallup.  "The public believes the government is responsible for addressing those effects but does not favor issuing an apology for the history of slavery."

"The first step may involve passing legislation, or the president issuing an executive order, to set up a committee to study reparations for slavery, something that appears to have support in the Democratic-led U.S. House of Representatives, if not the Senate," concluded the polling firm.

Many Democrats in the U.S. House support some form of reparations to the descendants of black slaves and/or blacks in general.  Legislation first introduced in 1989, HR 40, and reintroduced in 2021 would "address the fundamental injustice, cruelty, brutality, and inhumanity of slavery in the United States and the 13 American colonies between 1619 and 1865 and to establish a commission to study and consider a national apology and proposal for reparations for the institution of slavery, its subsequent de jure and de facto racial and economic discrimination against African Americans, and the impact of these forces on living African Americans, to make recommendations to the Congress on appropriate remedies, and for other purposes." 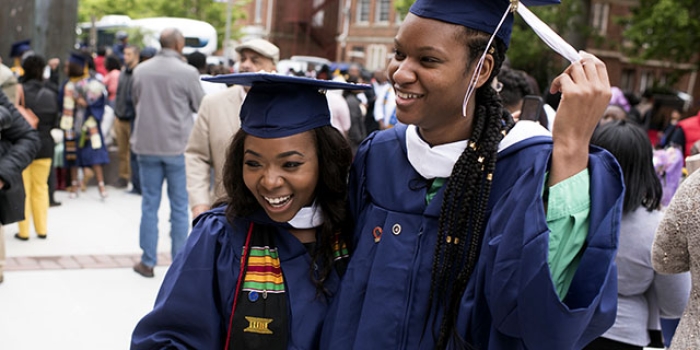 Critics of reparations, such as the Foundation for Economic Education, argue that, "In the American legal system, damages hinge on the principle of cause and effect — one pays for the damage one causes. In the case of slavery, there is no culpable person alive to pay for the crime."

"Perhaps the most important error made by those who argue for reparations is not economic at all but philosophical," said FEE in a 2010 commentary.  "The idea of achieving justice by taking money from one group to pay another for an act that was neither committed nor suffered by the parties is a collectivist affront to the American ideal of individualism. People are not interchangeable pawns but individuals responsible for their own actions. Slaves and slave owners are dead, and we cannot bring them back."