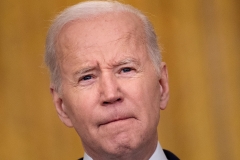 (CNS News) -- In a new survey on President Joe Biden's job approval, results show that Biden has lost support among every subgroup of Americans cited by Gallup except one.  His job approval has fallen across the board.

For Millenials (born 1981-1996), Biden had a 60% approval during the political honeymoon time, but now only 41% of Millenials approve of the job he is doing, a decline of 19 points.

Black and Hispanic adults also think less of Biden's job performance. As reported by Gallup,  "Early in Biden's term, 87% of Non-Hispanic black adults approved of the job he was doing. That fell to 74% in the summer of 2021 and is now at 67%,  20 points lower than in the early stages of his presidency."

The survey firm also lists Biden's decline in a variety of subgroups. 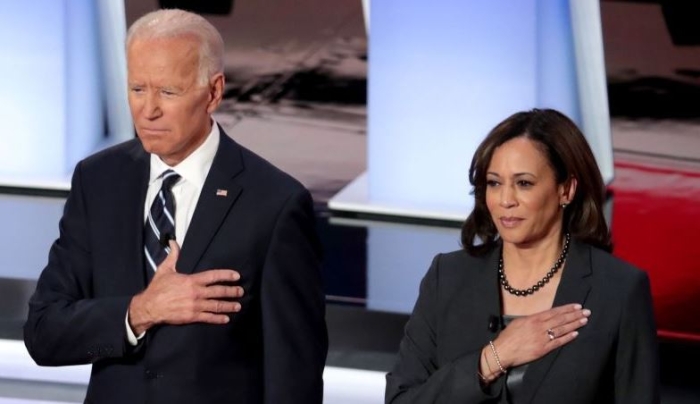 For adults with high school diplomas or less, his approval rate is at 37% -- down 15 points. For people with college degrees, down 13 points; among postgraduates, down 10 points.

For more of the data, see box below.  The only subgroup that expressed no change was the Traditionalist Generation (born before 1946). They gave Biden a 48% job approval in early 2021, the same percentage they give him today. 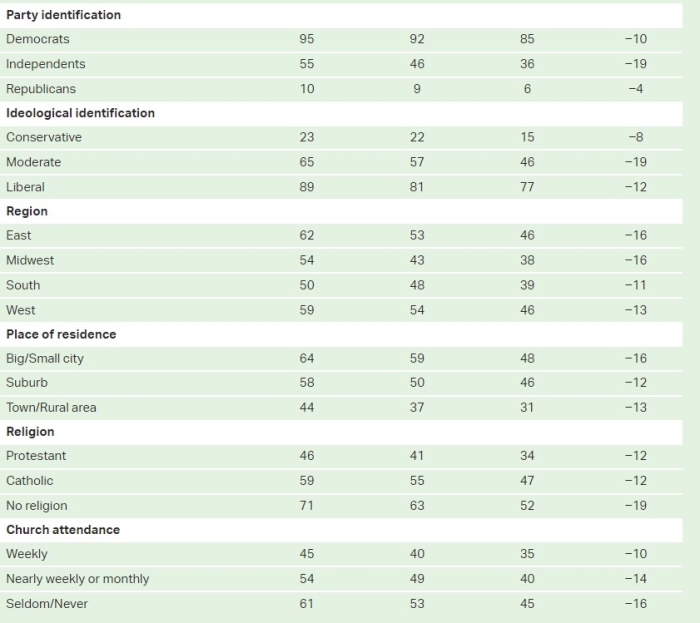