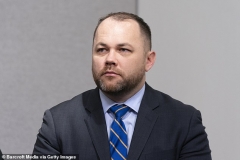 (CNSNews.com) -- One day after the gay N.Y. City Council Speaker Corey Johnson demanded that the Christian-run Samaritan's Purse field hospital -- treating patients in Central Park -- be shut down because of its natural and biblical views on marriage, the Mount Sinai hospital announced the field hospital would start to shut down starting May 4.

“It is time for Samaritan’s Purse to leave New York City," said Johnson in a May 1 statement and on Twitter. "This group, which is led by the notoriously bigoted, hate-spewing Franklin Graham, came at a time when our city couldn’t in good conscience turn away any offer of help. That time has passed."

"Their continued presence here is an affront to our values of inclusion, and is painful for all New Yorkers who care deeply about the LGBTQ community," declared Johnson, a long-time LGBT activist.

"I am aware that our battle against COVID-19 is still ongoing, and that our health care system – and the amazing workers who have been the heroes of this unprecedented time in our history – still needs support," said Johnson. At the City Council, we are committed to supporting those workers and protecting our city’s public health."

"But as a city that values diversity and compassion for all, we cannot continue to allow a group with the track record of Samaritan’s Purse to remain here when we are past the point they are needed," he added.

“Mount Sinai must sever its relationship with Samaritan’s Purse," Johnson demanded. "Its leader calls the LGBTQ community ‘detestable’ and ‘immoral.’ He says being gay is ‘an affront to God,’ and refers to gay Christians as 'the enemy.'"

"Samaritan’s Purse requires its volunteers to agree to a written affirmation ‘that marriage is exclusively the union of one genetic male and one genetic female,'" said Johnson.  "Hate has no place in our beautiful city.”

On May 2, one day after Johnson's demand to eject the Christian group, Mount Sinai hospital announced the field hospital would be shutting down in about two weeks. See tweet below from NBC 4NY reporter Melissa Russo:

According to its Mission Statement, "Samaritan’s Purse is a nondenominational evangelical Christian organization providing spiritual and physical aid to hurting people around the world. Since 1970, Samaritan’s Purse has helped meet needs of people who are victims of war, poverty, natural disasters, disease, and famine with the purpose of sharing God’s love through His Son, Jesus Christ. The organization serves the Church worldwide to promote the Gospel of the Lord Jesus Christ."

The New York Times reported in 2018 that Corey Johnson did not finish college, completing only one month at George Mason University. Johnson also had a history of binging on alcohol and cocaine but apparently sobered-up in 2009. The New York Times headline reads, "Sober and H.I.V. Positive, New Council Speaker Has Weathered Adversity."

Johnson garnered international attention in 1999-2000 after he revealed his homosexuality to his high school football team mates. Johnson reportedly is the first gay speaker of the N.Y. City Council.