(CNS News) -- While speaking against a proposed amendment to Connecticut's constitution that would permit nearly unrestricted abortion, the head of the Jewish Pro-Life Foundation emphasized that "Judaism prohibits abortion," and explained that the language and laws used by the Nazis to perpetrate the Holocaust "provided sanction for systemic racism and genocide in current American abortion law."

"Abortion was weaponized against Jews in the Holocaust in pursuit of the Final Solution," said Cecily Routman, president of the Jewish Pro-Life Foundation, in remarks before Connecticut's Government Administration and Elections Committee on March 25.

"Legal slaughter of ‘sub-human parasites’, as we were deemed, codified systemic racism and genocide," she said.  "This language and legal precedent provided sanction for systemic racism and genocide in current American abortion law. Every Jew and every person of conscience ought to oppose SJ 30 because it viciously attacks innocent victims and maximizes another existential threat to Jews in the future." 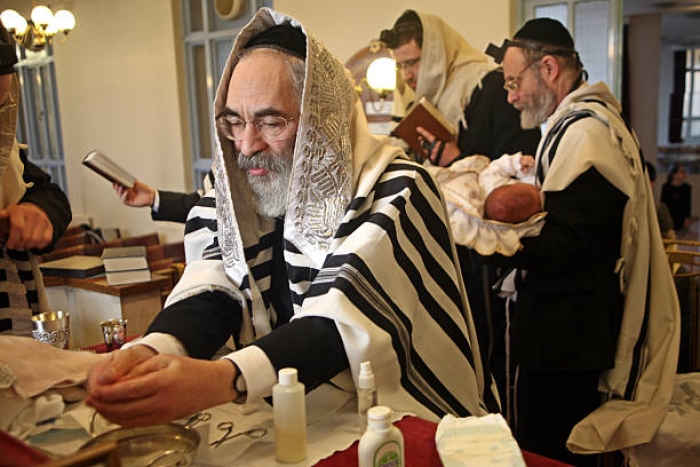 Senate Joint Resolution 30 (SJ30) would enshrine Connecticut's existing abortion law, which is very permissive, into the state constitution. The drive to do so is fueled by a concern that the U.S. Supreme Court may upend Roe v. Wade in June, when it rules on a Mississippi law that prohibits abortion after 15 weeks.

If the Mississippi law is upheld, then states could restrict abortion before the 24 weeks viability that is currently utilized under Roe. In other words, abortion laws would go back to the states, as was the case prior to 1973.

SJ 30 reads, "No law shall be enacted to deny or infringe the right of personal reproductive autonomy and freedom, fundamental to the liberty and dignity of self-determination, unless such law is justified by a compelling state interest and achieves such interest by the least restrictive means."

"In Judaism, abortion is judged to be the unwarranted taking of a life within a life," said Routman in her remarks. "It is prohibited, just as murder is prohibited. Respected legal authority, rabbi and physician Moses Maimonides, declared in his legal opus, the Mishneh Torah, 'The definition of murder, according to the Noahide Laws, includes a person who kills 'even one unborn in the womb of its mother,' and adds that 'such a person is liable for the death penalty.'" 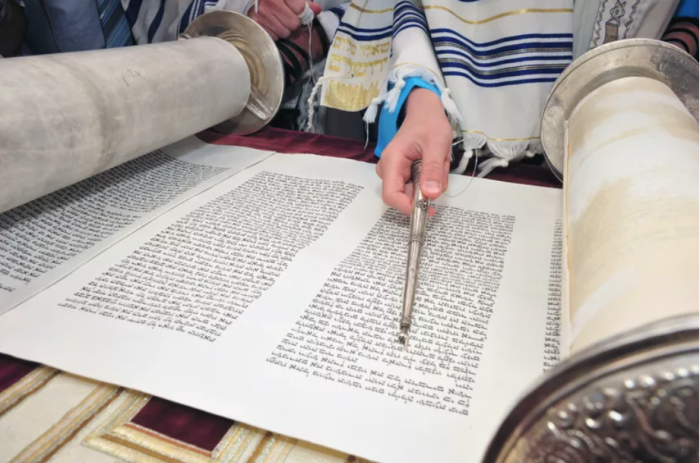 A young man reads from the Torah at the wailing wall in Israel. (Getty Images)

She continued, "Judaism emphasizes the sanctity of human life from conception to natural death, making it incumbent upon Jews and good people of all faiths to find alternative life saving ways to deal with unplanned and unwanted pregnancy. Adoption and single parenthood are much better choices than the intentional killing of an innocent life.

"Indeed, Judaism insists that a Jew break all the Sabbath rules to save the life of an unborn baby. Also, Judaism prohibits desecrating the human body, but abortion destroys a human body at various stages of development."

"This is 2022, the age of sophisticated ultrasound that instantly verifies the humanity of the child in the mother’s womb," said Routman.  "Now, science proves that human life begins at conception. We know without a doubt that abortion kills an innocent living human being. Judaism prohibits killing an innocent person. Therefore, Judaism prohibits abortion."

Routman made the following points about the immorality of abortion:

-- "Easy access to the chemical abortion pill RU-486 increases life threatening risks to women and teens. Originally manufactured by a subsidiary of IG Farben, the chemical company that manufactured Zyklon B used to eradicate Jewish ‘parasites’ at Auschwitz, RU-486 is now the favored method of killing ‘parasites in the womb’ - at a huge profit for abortion providers with no accountability for medical malpractice or malfeasance."

-- "We go to great lengths to protect the life of a convicted murderer, paying for decades of food, housing, education and expensive legal appeals in the small chance this person may be wrongly accused. Yet, innocent unborn children have no comparable advocate; instead, abortion advocates actively support killing them for any reason with no second opinion or legal defense required. Millions of baby girls are aborted every year as feminists remain silent."

-- "Women who complete their pregnancies have far better outcomes than those who terminate a pregnancy. Abortion puts women at risk for breast cancer and infertility, and leaves a legacy of emotional, mental, and spiritual suffering." 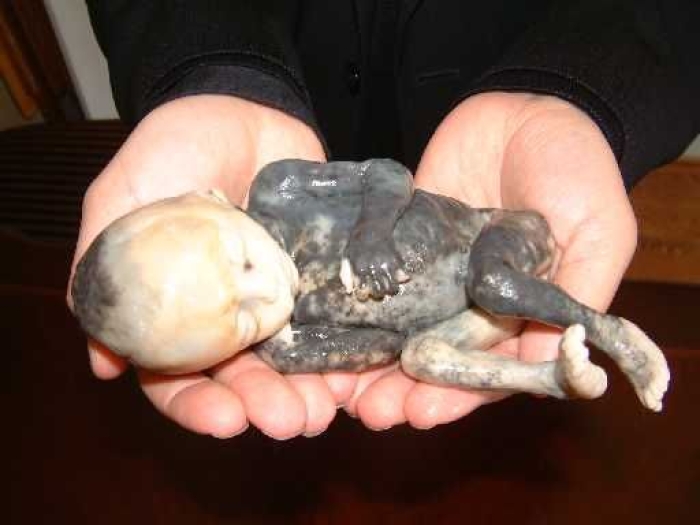 -- "We ask committee members to have sympathy for the child in the womb, whose intrinsic value, dignity, humanity and right to life go unexpressed or completely abrogated by corrupt legal decisions that mimic these same human rights violations that Jews experienced in Nazi Germany -- rights that this committee wants to deny, as well."

"Jewish abortion supporters in this committee unknowingly and thoughtlessly incite anti-semitism by perpetuating and encouraging perceptions of Judaism as a baby killing cult. This is dangerous and shameful and needs to stop immediately."

"Abortion in America is now a primary form of birth control."